The criminalization of marijuana is needlessly punitive and has lasting consequences on the lives of offenders. 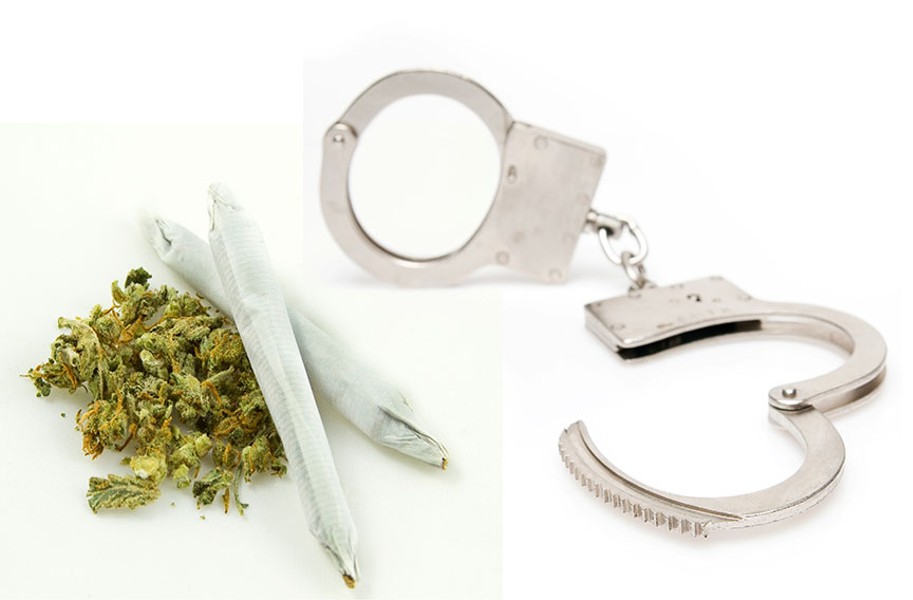 Virginia’s most favored son, and the nation’s most famous Founding Father, was a stoner.

OK, that’s not exactly true, but what we do know that George Washington grew hemp, a form of cannabis, at Mount Vernon — a practice the estate revived in 2018.

So while there is no evidence George Washington could be found posted up on the porch at Mount Vernon lighting up a doobie, the hemp farming tidbit adds an interesting historical wrinkle to a debate that has been raging in the Commonwealth for the last few years.

In September, Virginia Attorney General Mark Herring and Delegate Steve Heretick spoke about the need for marijuana decriminalization, and while most marijuana legislation over the last few years has failed, that could change with a newly blue state legislature.

“The shift in majority crates a pathway for bills that have historically died along party lines in committees to advance for a full floor vote,” says Jenn Michelle Pedini, executive director of the Virginia chapter of the National Organization for the Reform of Marijuana Laws, a nonprofit organization dedicated to changing marijuana policies in the state.

We should all hope Pedini is right. The criminalization of marijuana is needlessly punitive and has lasting consequences on the lives of offenders.

In Virginia, a marijuana conviction can result in as much as 30 days in jail and a $500 fine. In addition to the penalty itself, a first-time marijuana offender in Virginia can expect to pay between $400 and $800 in court costs and fees, according to a 2017 report by the Virginia State Crime Commission. The punishment doesn’t end there. If the judge chooses to suspend your driver’s license upon conviction, not only do you now have a criminal record and court fees, you’re also unable to travel to get food, pick up your kids or look for jobs. And when it comes to jobs, you’re most likely going to lose the one you have and face a steep uphill battle when it comes to finding a new one. According to a 2003 study from Northwestern University, a nonviolent drug offence can make a potential employer half as likely to call a candidate back.

“One of the biggest aspects of possession of marijuana enforcement is that once you have a record it becomes very, very difficult to get certain types of job,” Heretick says, expounding on his plan to introduce bills this session to decriminalize simple possession as well as expunge the records of past offenders. “We want to make sure that nonviolent simple possession offenders have an opportunity to get on with their lives.”

While the outsized impacts of the penalty are borne primarily by those convicted, ordinary Virginians also bear a cost. A Cato Institute study found Virginia spent around $81.2 million in 2016 enforcing marijuana laws, money that comes straight from taxpayer pockets.

To state legislators’ credit, there is an openness to change that did not exist in the past. In 2017, state legislators passed a bill that would allow for judges to opt to sentence more community service instead of automatically suspending an offender’s driver’s license, legislation that received significant bipartisan support.

According to Alex Thorup, former director of policy and legislation for Delegate Kirk Cox, there is a noticeable shift in partisan attitudes towards marijuana. But he is quick to note that one shouldn’t read too much into that softening. “I think some of the decriminalization is still a way off. I’m not sure you can draw a connection between the medical use of marijuana oil in Virginia’s specific case and potential decriminalization.”

I commend state lawmakers for the good work they’ve done so far when it comes to easing some of the burdens resulting from marijuana conviction, but there is far more to do.

George Washington, before he retired to his hemp farm to live out his days, wrote in a letter to Edmund Randolph, “The due administration of justice is the firmest pillar of good government.” But can we honestly say the status quo encompasses justice?

I question how a system can truly be just if someone is still being penalized for their mistakes after they have made their restitution.

This is a legislative can our representatives can’t afford to keep kicking down the road. There is a thin line between slow action and inaction, and there are real lives hanging from it. We owe it to them to advocate for change. Call your state legislators and urge them to make 2020 the year we make our criminal justice system earn its name.

Aquila Maliyekkal is a senior at the University of Richmond studying journalism, political science and history.