Members of Richmond Together offer ideas on how the city could best utilize relief funds to address racial and economic inequities. 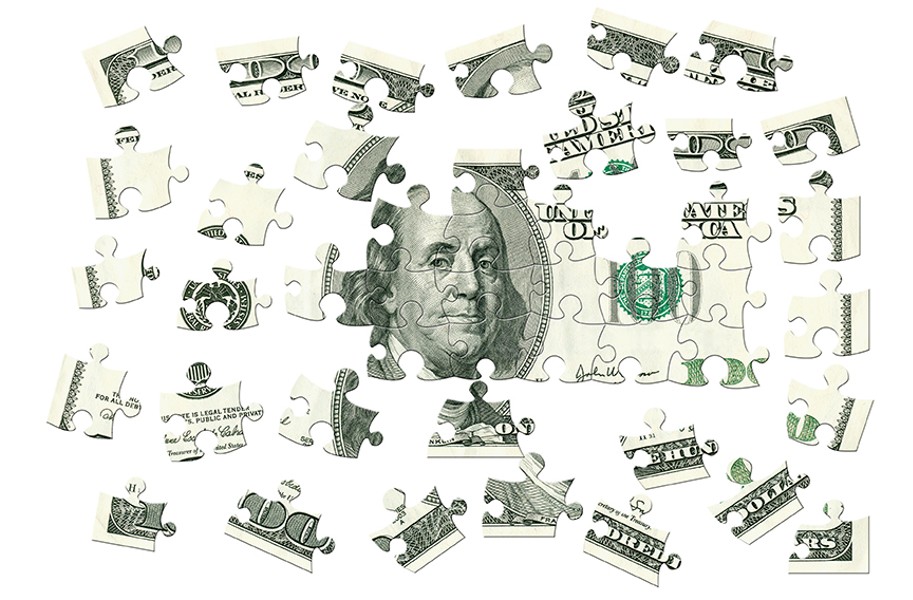 Elections have consequences: Americans have relearned this lesson the hard way over the last several years.

Richmond voters overwhelmingly supported the successful bid of Joe Biden and Kamala Harris for the White House in November – and now the city stands poised to reap the benefits of new leadership in Washington.

The Biden-Harris triumph, combined with Democratic victories in the Georgia Senate runoffs and continued control of the House of Representatives, have made possible the passage of a massive $1.9 trillion relief bill. Included in that bill – expected to be signed into law this week – is $350 billion in support for states and localities.

Estimates reported by the House Oversight Committee indicate that Richmond will receive $159 million in direct relief from the bill, and it’s possible additional funds and resources could also become available from the Commonwealth of Virginia, which should receive a further $3.8 billion in aid.

This is real money and a real opportunity for Richmond to build back better as a more equitable, economically inclusive city that is taking the steps needed to meet urgent community needs in health, housing, employment, education and transportation. Now is the time for bold action aimed at addressing the city’s long-standing racial and economic inequities.

Mayor Levar Stoney’s budget proposal and message to City Council, released on Friday, took a cautious approach to developments in Washington, noting the potential availability of significant new federal funds but also observing that the money is not yet in hand and that it is unknown what strings may be attached.

Fair enough, but it’s not too early to start planning ahead. The new civic organization we are part of, Richmond Together, recently released a two-year, $65.5 million plan to jump-start investments in equity.

Our plan calls for establishing a new community health special fund to help the Health District continue to battle the pandemic while addressing deeper health-related inequities. The plan also proposes greater support for helping households with immediate financial needs as well as fighting homelessness, greater investment in workforce development and youth training through the Office of Community Wealth Building, more investment in housing and education and making both public transit and Internet access free to all city residents.

The mayor’s budget proposal fully meets the Richmond Public Schools’ budget request, and his budget message announced a commitment to working with GRTC to continue a zero-fare policy permanently, likely with the use of federal funds. This step would be a huge victory for the city’s working people, many of whom must spend a significant portion of their incomes on transit. The mayor’s proposal similarly states an intention to increase funding of the Affordable Housing Trust Fund should federal funds become available.

These are good first steps. But we are calling on the administration and City Council to go further. Instead of waiting for federal funds to be in hand to have a serious discussion of how to use them, we believe our elected leaders should commit now to using a significant portion of those funds to make necessary equity investments in our community’s needs.

Setting aside school-related requests, already covered by the current budget, the Richmond Together proposal calls for dedicating about 30% of the anticipated federal funding to intentional investments in helping our community recover from the pandemic and supporting the efforts of residents to find good jobs and secure housing. The remainder of the funds would be available to support other city services and obligations.

Given that every elected official in Richmond ran and won on platforms devoted to equity and meeting the urgent needs of our community, we believe that this is a modest request. We can’t pass up this opportunity to begin making investments in needs that have been known for years but that have yet to be adequately addressed.

City Council should adopt a two-track approach this budget season. First, of course, it must review and vet the mayor’s budget proposal. Given that the administration found ways to meet schools’ needs, preserve the city workforce and give raises to many employees – without raising taxes – we don’t envision a lot of drama around that budget, at least compared to past years.

The real community conversation that must take place is the strategic use of forthcoming federal funds. As a second track, council should immediately step up and state its priorities – we hope they meet or exceed the equity priorities outlined in the Richmond Together proposal. Likewise, the administration should seize the opportunity to add teeth to its recently released Equity Agenda by matching its policy commitments with specific financial commitments.

Of course, federal money can’t solve every problem at City Hall. The administration must renew its focus on internal organizational improvements, specifically from the lens of position and performance management. The decision to implement a hiring freeze for nonessential positions is an appropriate opportunity to rethink numerous positions and possibly identify savings. Likewise, the administration and council can’t stop thinking creatively about future revenue possibilities that can sustain the city’s needs over the long term.

These are not trivial tasks. How well they are performed can make the difference between the city getting or not getting a grant, a life-saving program being funded, or a family in need being supported or frustrated. This is why constructive community engagement is so critical to making local government work – both to provide ideas and input, but also to track accountability and follow-through.

We have all endured a horrible year. With the passage of Biden’s American Rescue Plan, we now have a rare opportunity to begin making equity investments at a scale that meets the size of our community’s challenges – a once-in-a-generation opportunity that we simply can’t miss.

Teresa Caviness is a business and communications strategist working with industry-leading organizations across the country. Garrett Sawyer is the vice president of human resources for WayForth and owner of Sawyer HR Consulting LLC. Thad Williamson is associate professor of leadership studies at the University of Richmond. They are all members of the civic group Richmond Together. Visit richmondtogether.org.

Opinions on the Back Page are those of the writers and not necessarily those of Style Weekly.