OPINION: Bets Are Off

This year’s muddled mayoral race is nearly impossible to predict. But here’s an attempt. 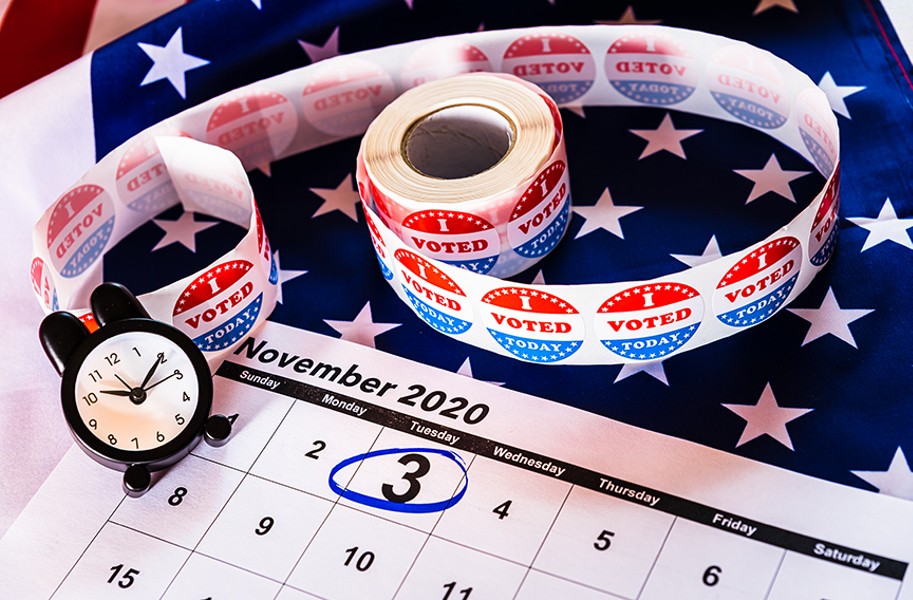 Since Labor Day traditionally kicks off the home stretch of political campaigns, Richmond’s mayoral contest should be hot news. Under quarantine, though, it’s hard to feel like the campaign has really gotten started.

With apologies to business owner Tracey McClean (economist and entrepreneur Michael Gilbert recently dropped out), there are four candidates who have a shot at winning.

Let’s start with the incumbent. It is possible to frame this election as a referendum on Levar Stoney, whose tenure has been quite the roller coaster. His initial reform efforts (remember the Education Compact?) and tough budget victories like the meals tax increase suggested a mayor who would build on small victories for his re-election. Stoney’s going all-in on the Navy Hill redevelopment project changed that dynamic. And when that project was defeated, it looked like a defining moment for Stoney, and possibly the end of his political career.

Then came the quarantine and Black Lives Matter and the monuments.

Stoney’s efforts to find a soft middle through polarizing protests have not helped him politically. Many of the city’s white West Enders echo suburban complaints that the city is falling to “rioters.” On the other hand, the city’s growing young progressive class perceives a mayor who has either no inclination or no ability to rein in an out-of-control police force.

Stoney has often looked like he is trying to split the difference.

Even Stoney’s boldest move – removing the monuments, law or no law – has played better nationally than locally, with his efforts overshadowed by whom and how much he paid for removal. There have been no easy victories for the mayor lately, and so no easy victory this November.

His biggest challenger is City Council member Kim Gray. As a political figure, Gray is hard to pin down. Progressive activists cheered her role in derailing Navy Hill, and she was a critical voice for renaming the Boulevard for Richmond icon Arthur Ashe. But she's also often portrayed as a conservative voice in defense of property interests in her wealthy district. The protests have illuminated this conservative side, as Gray has repeatedly criticized protesters with inflammatory language on right-wing talk radio.

Her defenders argue that protesters blame her unfairly for the mayor’s issues, and the way her portrayal by opponents leans into angry-black-woman tropes might give progressive critics pause. Still, Gray’s hiring of armed guards and disputes with neighbors have combined with her clear disconnect with protesters to sometimes make Nixonian seem a more appropriate label than progressive.

This disconnect offered a clear political opening for Alexsis Rodgers, who jumped into the race after the protests started. Rodgers is young, Black and progressive, with an impressive track record of advocacy. As a former policy director for Ralph Northam, her connections with statewide Democrats were supposed to be a key advantage. Still, Northam and other politicians have endorsed Stoney, and the city’s aging Democratic machinery remains behind the mayor.

The key question for Rodgers -- and all candidates, really -- is her support concentrated enough in districts to deliver any of them to her?

Because of the city’s racist history, elections require candidates to get a winning margin in five of the city’s nine council districts. Stoney managed to pull this off in a mostly three-way race in 2016. He remains the most likely candidate to do so again in 2020. But winning under these kinds of constraints is a tall order, with a split decision the more likely outcome. Such an outcome would produce a December run-off election between the top two candidates.

In other years, Navy Hill critic Justin Griffin might have a shot at that number two spot. A white lawyer with a reform and efficiency message might resonate, especially in the West End. Still, it seems hard to imagine that message breaking through all the noise of 2020. Griffin might fare better electorally if he offered a more reactionary campaign, speaking of Nixon, but Griffin is no reactionary. If he stays true to himself and avoids the lure of white resentment, he remains the least likely winner of the top four.

As usual, the lack of reliable local polling operations makes getting a feel for the race difficult. The uncertainty surrounding city politics as the result of months of quarantine and protests might make predictions impossible. Despite the coronavirus, voter turnout should again be high this year, with the continuing blue wave motivating voters against President Donald Trump’s agenda. Still, the country’s overall ideological and partisan polarization will not determine the mayor’s race in the same way it did in, say, the General Assembly elections last year. Local issues will determine how people vote in Richmond. But there are so many of these local issues to choose from, it is hard to say how they will shake out.

If forced to decide, I would say the best bet is a Stoney vs. Gray runoff. They have the most name recognition. They have the most money, although Rodgers is challenging Gray in this area. And they are both most likely to take advantage of existing networks of support.

Still, I wouldn't bet any actual money. The only stakes here are, as usual, the future of the city.

Rich Meagher is the author of “Local Politics Matters,” (forthcoming from Lantern, 2020). He teaches politics at Randolph-Macon College.