OPINION: Bet on the Underdog

A family transition coach working with Creighton residents calls for more partnership and listening to residents. 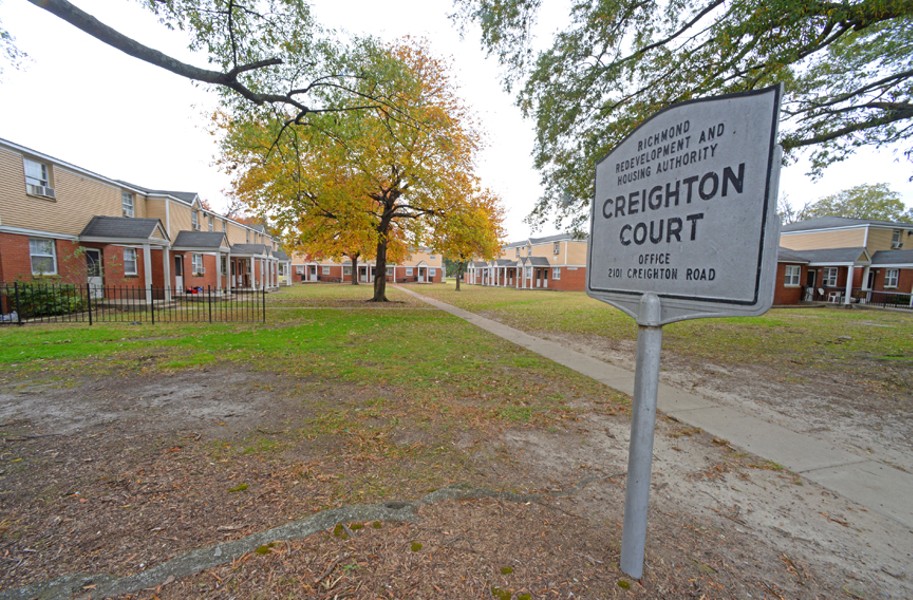 Shelter is important to every living creature. It is a primary need outside of food, safety, and water. People may face all sorts of challenges when one or more of these basic needs are interrupted, but the barriers they face and the things they lack don't make them any less of a person or mean they need to be saved. It means they are survivors.

When I was growing up in Jackson Ward and the East End, I didn't think I was living in a high poverty area. It was home and it was community for us. We were family to our neighbors, as they were to us.

My mother was on disability due to various medical concerns. She attended school until 10th grade. When she received a lump sum of money for back child support, we moved from Jackson Ward into a home in the East End. It was a true fixer-upper. She did not know what it took to maintain a home. We were still low-income, trying to make it day by day. If the house needed a new roof, plumbing or electric repair, we could not afford it.

To a person on the outside, it looked better, but it did not feel that way. Things were broken. We were cold and did not have resources or options. My mother did not want to live in a home that was run-down. If she had more knowledge of resources and someone to help her navigate them, I think things would have been different for us. Despite challenges, whether it was lack of food, money, or experiencing domestic violence, my mother and I are survivors.

Working with residents in Creighton Court reminds me daily that despite where you live it is home and it's community. Residents of Creighton Court are resilient and self-aware and they know what barriers they face. Some may feel they are stuck, whether from fear or from trauma. When a person's housing is disrupted through no fault of their own, feelings of fear, anxiety, worry, etc. can impact everything in their daily lives.

Richmond Redevelopment Housing Authority has given residents choices as part of the redevelopment plan. Some Creighton residents do have at least two housing options open to them at this point and more to come in the future. For some, it might be harder to qualify to get into a proposed private housing option — there are more qualifications like a criminal background check, eviction record and credit report. If they do not qualify, what is going to happen to them? Are we truly addressing poverty if we are moving people from public housing clustered in certain neighborhoods to private low-income housing clustered in the same neighborhoods with no choice in the matter?

The timeline is unclear: We do not know exactly when Creighton will be demolished. We do know that not everyone will be ready to take a step forward when it is time. Some people will get good-paying jobs and be ready to support their families and take on whatever is coming. Some residents will end up in another public housing community. Unfortunately, some may become homeless due to not meeting certain requirements, which is consistently on my mind. Homelessness is the last thing we want for anyone.

I did not take this job to see residents without choices. It's much harder to get people involved in the transition coaching when we can't offer them hope that they can make choices about where they want to go, or when they don't feel like they have what they need to make it on their own — good health, child care, transportation and personal support.

I am here to try to help residents prepare to move out, but I don't have the resources to improve credit. I can teach residents about credit. I can teach them how to read a credit report and how to dispute false reporting. I can show them how to write out bills and think about budgeting. But residents with limited income will still have limited income when they leave Creighton, especially seniors and people on disability.

In order to improve outcomes of redevelopment prospects for residents, all the stakeholders of this work have to be transparent with one another and be OK with saying, "I do not know." Partners also should be intentional about building authentic relationships with residents and have them at the table during every phase of the process.

We also need more funding and partnerships across the board: That includes funding to assist residents with addressing their credit, to help residents address whatever health needs Medicaid expansion won't cover and to help providers like Daily Planet Health Services and Richmond Behavioral Health Authority serve more residents. This also calls for partnerships and funding to expand and improve child-care resources so residents can accept jobs when they are offered.

Public housing residents have been the underdogs in Richmond for a long time. But if the underdog can navigate to resources and have choices and power, they can be successful no matter where they start or how long they've been considered to be down. S

Nikki Patterson-Russel is a Richmond native and has served as a family-transition coach supporting Creighton Court residents since 2016. She holds a master of social work degree from Virginia Commonwealth University.