OPINION: A Letter to Rural Virginia

Why are you shooting yourself in the foot? 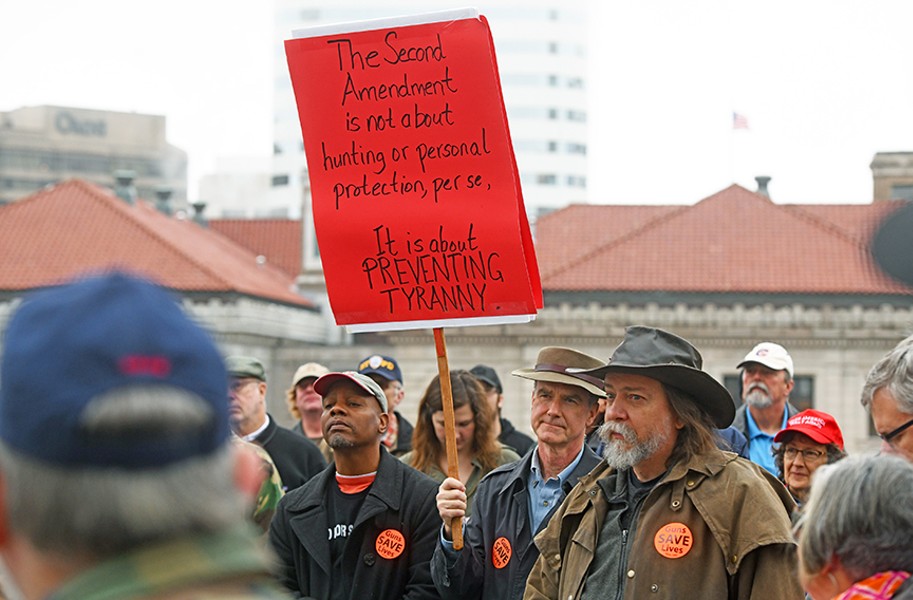 Scott Elmquist A scene from the God, Family and Guns rally at the Capitol on Monday, Dec. 9.

The Roanoke Times published a fascinating and wise editorial after last month’s election, presented as a letter to the new leadership of Virginia’s General Assembly. Speaking on behalf of the rural voters who may not feel represented by the new Democratic majority, the paper said, “We don’t really know our new legislative leaders — and you likely don’t know us.”

Over the past several weeks, some city folks like me have had a chance to get to know more about rural Virginians and honestly, my reaction has been, “What the actual hell?”

The challenges facing rural Virginia are myriad and seemingly intransigent. A September article by Virginia Commonwealth University’s Capital News Service talked about the lack of sufficient health care and educational opportunities. Young people are leaving due to the lack of jobs. The opioid epidemic continues to ravage western counties like Buchanan where the 2018 death rate was 42 per 1,00,000, more than eight times the national average.

Perhaps most dire, while population has increased at a brisk pace in the Commonwealth’s urban areas, rural counties have seen precipitous declines. Projections are that the population in some communities will drop by as much as 30% in the next 20 years. “They just don’t have what it takes to retain people or attract new people,” laments one expert.

In the face of these challenges, have the people of Virginia’s hinterlands banded together to lobby for educational support, an expansion of health care outreach or the adoption of innovative programs to create new jobs?

Nope. Even national news outlets are now reporting on the Second Amendment sanctuary declarations sweeping across the state like a harsh vitriolic wind. Nearly half of Virginia’s counties have joined this movement, boldly stating their defiance against a shapeless spectre: potential legislation that is only in draft form weeks before being considered by the General Assembly, several steps away from the governor’s desk.

In my perhaps slanted view, these declarations suggest rural Virginians would prefer to hunker down for a fight against the unknown versus engaging in a debate about shaping policy that benefits everyone. It continues a dispiriting pattern. Earlier this year, Republicans in the General Assembly famously adjourned the special session on gun violence without considering any proposals. Their study of gun legislation, such as it was, included no actual recommendations. Now, counties across the Commonwealth want to stop the conversation before it even starts.

Can this pugnacious attitude lead to any positive change? I am hopeful that all Virginians — heck, all Americans —are united in a desire for fewer deaths by gun violence. But how can potential solutions be crafted when one side won’t even engage in the conversation?

I’m at a loss to figure out how exactly this focus on gun rights helps rural Virginians. I may be missing something but I don’t know how resistance to any and all new gun control measures creates more jobs, improves anyone’s education or stops a single opioid overdose.

David Skorton, the president of the Association of American Medical Colleges, wrote an op-ed for USA Today in September arguing, as many others have, that gun violence should be considered a public health crisis. With 100 people dying due to gun violence each day in America, most by suicide, Skorton states, “It’s an epidemic. It’s relentless, and it’s spreading.” Will Virginia’s “sanctuaries” be safer or are they providing a ripe breeding ground for the disease?

There are numerous programs based in big cities like Richmond that are committed to improving the lives of rural Virginians. If you look on the website of one of these, VCU’s Rural Cancer Outreach Program, it proudly declares it has been supported since its inception by funds granted by the Virginia General Assembly. Should the General Assembly continue to support such programs when rural residents seem more concerned about their guns than their health?

The Times editorial stated, “some of the stereotypes about this part of the state are probably true, but others aren’t.” Rural Virginia, you may be thinking you’re putting your best foot forward with your Second Amendment sanctuaries. But in this city boy’s view, the stubborn resistance to what, at its worst, may ultimately be an inconvenience and, at its best, might possibly save lives is a stereotypical case of shooting yourself in the foot.

David Timberline has written arts and cultural criticism for Style Weekly since 1999 and works for Virginia Commonwealth University’s Center for Community Engagement and Impact.