Our theater critics discuss the past year on Richmond stages and look ahead at '23.

By Rich Griset and David Timberline 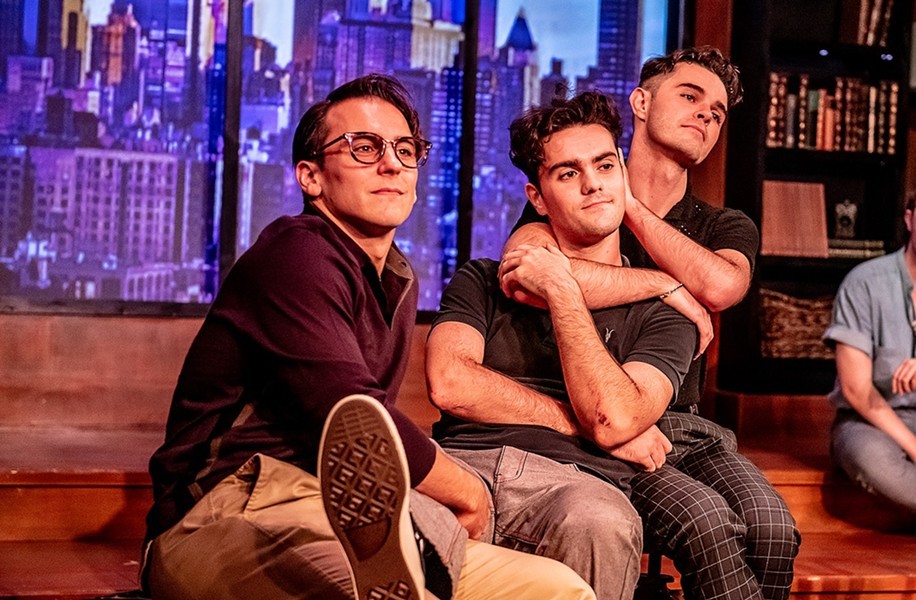 John MacLellan (From left) Adam Turck, Lukas D’Errico and Deejay Gray are among a group of Manhattan friends trying to navigate the past, present and future in Richmond Triangle Players' “The Inheritance,” which both our critics considered one of the year's best.

In the local theater world, post-COVID(ish), there’s as much action going on behind the scenes as there is onstage. This past year saw shutdowns, splits, acquisitions and renamings in addition to the arrival of a couple of new players. We tapped theater critics Rich Griset and David Timberline for their thoughts on a tumultuous 2022.

David Timberline: I don’t know if it’s the right analogy or not, but it seems like Richmond theater’s 800-pound gorilla grew another 400 pounds this year. The multi-venue conglomerate that is Virginia Repertory Theatre added a huge new facility, the 50,000-square-foot former Scottish Rite Temple on Hermitage Road, and split their artistic director role into three separate positions (ADs in charge of community, education and programming). It’s too early to tell how the new people and stages will translate into productions but the organization has cemented itself as the nexus of the local stage scene.

At the same time, smaller, scrappier companies like TheatreLAB and Heritage Ensemble closed up shop and 5th Wall remains in something of a liminal space as artistic director Carol Piersol continues to battle cancer.

Yeesh, that sentence really brought me down. Can you brighten the mood, Rich?

Rich Griset: I can try. Quill Theatre appears to have reenergized itself with new managing director Jase Sullivan and a new/old name: Richmond Shakespeare, or Richmond Shakes for short. The New Theatre, a new venture by former Virginia Rep artistic director Nathaniel Shaw, is gaining steam, having conducted a number of staged readings this past year. 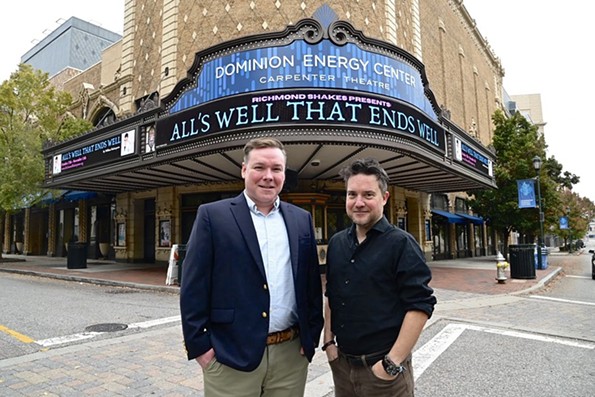 I must admit I haven’t checked it out yet, but Lily Mercer has launched Lily’s Dinner Theatre Salon out of her home, offering staged readings of plays by theater professionals and home–cooked meals.

Kerrigan Sullivan, department chair for performing arts at the recently renamed Brightpoint Community College, has launched the Studio Series at the school’s Lynn Theatre. The performances feature both professional and student performers, all of which are paid.

Cadence Theatre Company, a longtime partner with Virginia Rep, is known for staging modern, award-winning works at Virginia Rep’s TheatreGym space in the November Theatre on Broad Street; [but due to the pandemic] the company is staging its plays this season at Dominion Energy Center. It’s also continuing the film work that it began in the pandemic.

Speaking of which, the pandemic is still impacting local theaters. Richmond Triangle Players’ “The Rocky Horror Show” had to cancel half of its run due to COVID-19 outbreaks in the cast. Similarly, the University of Richmond had to cancel its full run of “Smart People,” a play that concerns the intersections of race, class, identity, sexuality and prejudice. I can only imagine how devastating that must be for the theater professionals who work so hard at their craft.

Speaking of shows, what were the highlights for you this past year?

Timberline: I love theater because of its variety and my 2022 highlights reflect three entirely different ways to be entertained. For me, the best feel-good experience of this past year happened right at the beginning with Swift Creek Mill’s “Murder For Two” back in February. The farcical musical murder mystery featured a bravura performance by Emily Dandridge, who played something like nine different characters, including an entire boy’s choir.

Both she and co-star Mark Schenfisch not only sang, danced and acted but accompanied themselves on piano throughout. I thought it was delightful that the both of them scored Best Lead Performance in a Musical awards at the season-ending Richmond Theatre Community Circle Awards.

Another one of my faves, also a two-hander but on the opposite end of the emotional range, was “The Barber of Moville” at Firehouse Theatre. The downright devastating look at the effects of Alzheimer’s Disease had giants of local theater, David Bridgewater and Katie McCall, at the top of their game. Please, Firehouse, bring it back for another run!

Griset: Before we move on, I just want to second your pick of “The Inheritance.” Hands down, it was one of the best theater experiences I’ve had in Richmond. It’s the kind of show you wish were running in perpetuity so you could make all your friends see it.

Chronologically, I’d have to start with the Conciliation Lab’s “How I Learned to Drive.” Under Chelsea Burke’s direction, this complex - and darkly funny - play about pedophilia and incest completely shook me. Major kudos to stars Juliana Caycedo and Jeffrey Cole for bringing this piece to life.

Next, I’d point to Quill Theatre’s “An Iliad.” Directed by James Ricks and starring Alec Beard in a bravura performance, this one person show features a poet recounting the final days of the Trojan War. Beard was electrifying onstage, telling a story of war that speaks to today: It wasn’t lost on anyone that the show was taking place as the war in Ukraine was starting up.

Richmond Triangle Players’ “Sugar in Our Wounds” told a lyrical tale of Black queer sexuality on a plantation during the Civil War. Directed by Lucretia Anderson and starring Jónel Jones, Dorothy “Dee-D.” Miller and Durron Marquis Tyre, it was hard not to be moved by this tale - I don’t recall a dry eye in the place.

Dave, looking ahead, what shows are you excited for in the new year? 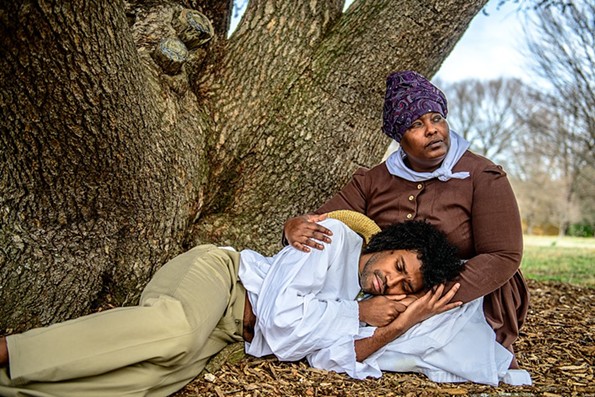 Timberline: I’m keeping my eyes on the homegrown shows, with the Brightpoint series you mentioned kicking off with a new musical, “Jump Baby,” opening in January. Richmonder Rachel Landsee received an NEA grant to help develop the story of married Army officers juggling the demands of home life and military service.

Then in March, Virginia Rep will open the latest from long-time local Bo Wilson, “After December,” a science fiction-infused new play. You never know if locally-developed work will hit the mark but this past fall’s surprisingly well-rendered “Gabriel” at Firehouse has me hopeful.

Is there anything you’re clearing your 2023 calendar for?

Griset: Oh man, there’s too many to mention here. For starters, there’s “Ghost Quartet” at the Firehouse, a musical described as "a song cycle about love, death and whiskey.” The piece is written and composed by Dave Malloy, the creative force behind “Natasha, Pierre & The Great Comet of 1812” and “Preludes,” among other theatrical works.

RTP is staging Jordan Harrison’s “Log Cabin,” a satire that the New York Times called "a hot-button gay-versus-trans comedy." There’s also Richmond Shakespeare’s “The School for Lies,” an adaptation of “Le Misanthrope” by Molière. Written by David Ives, the playwright behind “The Liar” and “Venus in Fur,” “School for Lies” is about a love affair between two witty wordsmiths in 17th century Paris.

Well, I think that does it for us. See you in the theater!

Correction: An earlier version of this story incorrectly reported that Cadence had split from Virginia Repertory Theater; rather it is simply holding its plays elsewhere due to the pandemic. Style regrets the error."