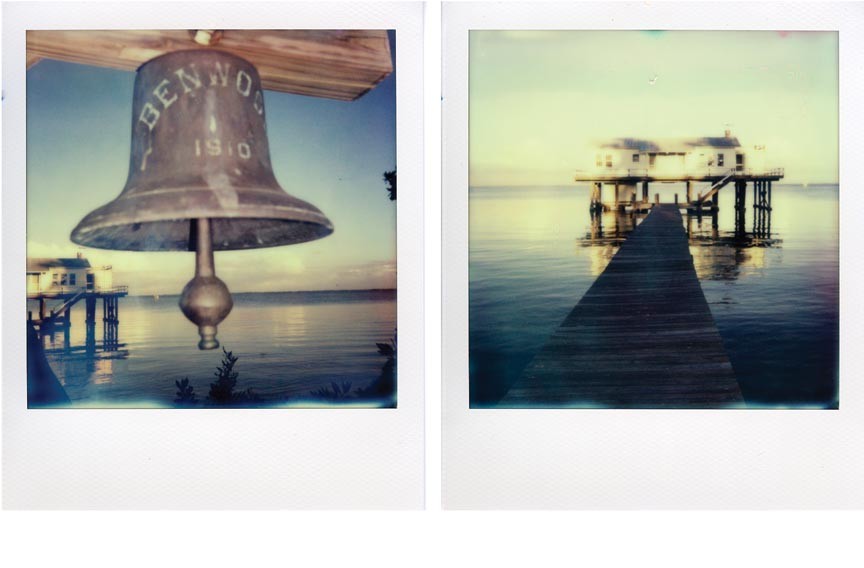 The lush island of Captiva, Fla., is known for its white sand and turquoise sea. It also was the longtime residence of abstract expressionist painter Robert Rauschenberg, featuring prominently in his work and life.

Richmonders soon will have a chance to know the idyllic spot, perhaps as intimately as the influential artist did, when two prestigious and cutting-edge sound artists deliver an immersive aural arrangement and photographs at Reynolds Gallery.

Stephen Vitiello, an associate professor of kinetic imaging at Virginia Commonwealth University, garnered worldwide attention for his potent recordings of the structural moaning and blustery ambience out-of-doors on the 91st floor of the World Trade Center (1999's "Winds After Hurricane Floyd"). The subject of a 2011 documentary and a former Guggenheim Fellow, Vitiello exhibits and performs sound pieces worldwide.

"I'm first and foremost interested in listening," says Vitiello, who lives in Richmond, although he was in New York this summer for a collaboration with Steve Roden that explores the spacial qualities of near silence.

"The Spaces Contained in Each" just finished its run at Governors Island's St. Cornelius Cathedral. A reprise of his 2010 piece "A Bell for Every Minute" — which the New Yorker called "a valentine; think of it as a harmonic update of E. B. White's 'Here Is New York'" — is Vitiello's contribution to the Museum of Modern Art exhibit "Soundings: a Contemporary Score."

Unlike most media, sound art completely submerses an audience in sensory absorption for a participatory experience that Vitiello says can't be replicated by any of his 17 album releases. A sound installation is "a sculptural, immersive space," he says.

The Richmond exhibit started with a phone conversation last fall between Vitiello and Taylor Deupree, an electronic musician, producer and photographer. The two have worked in the same arts circles for years, and Deupree has released two of Vitiello's collaborative albums (one with the Netherlands-based polymath Machinefabriek, the other with fellow Richmonder Molly Berg) on 12k, the electro-acoustic label he founded in 1997.

The artists hoped to collaborate on a project more directly, and "five minutes later," as Vitiello says, he received another phone call. Julie Martin, director of New York's Experiments in Arts and Technology, had handpicked him to be an inaugural participant at the Robert Rauschenberg Foundation's studio retreat program in Captiva — one of only seven artists selected for the honor. The foundation aims to preserve the landscape and studio space so dear to Rauschenberg, who died in 2008, and to offer an interdisciplinary retreat for artists in his vein, with experimental vision.

"By the way," Martin told Vitiello, "if you have a collaborative partner, bring them, too."

Designing the piece, Vitiello gave special due to landmarks with resonance for those affected by Rauschenberg's ethos — namely, the entire contemporary art world — such as the famous "Fish House," a whitewashed cabin that seems to issue from the immense ocean at the end of a pier, and a wooden chair placed in a nook of greenery like a monument.

Vitiello walked Captiva for three weeks, his microphone capturing subtropical noise such as conversant birds, grainy wind and the tides. When Deupree joined him, the two spliced and arranged the field recordings, layering in sparse instrumentation at one of Rauschenberg's studios — with the windows open.

When patrons enter the Richmond exhibit, an ambient loop recorded from Rauschenberg's memorial chair will greet them at the threshold. In this first room, the ephemera of Vitiello's manipulated Polaroids, enlarged and reprinted, will set the context for the sound piece. Deupree's photography — which includes two pictures from a handmade 35 mm — is more indirect, often cunningly elucidating process and distorting space using multiple exposures. Careful listeners will cross a porous, partial divide into the blank-walled second room, lighted only by windows, where the multichannel arrangement crafted from field recording and onsite performance at Captiva will be played in surround sound.

There is seating, and the piece is intended for extended, complete attention, but Vitiello says he hopes that patrons will explore both halves of the exhibit, alternately, so that "one side illuminates the other."

Owner Beverly Reynolds says it's the gallery's first sound installation. "It's a new direction for us," she says. "But it continues our philosophy of really trying to show the best work in Richmond and beyond, in a contemporary context."

Vitiello seems poised for a high tide here at home, also anticipating a collaborative album release with Molly Berg on Deupree's 12k and a cassette release with the Richmond Tape Club, on Richmond-based SMTG Records, in November. S