Part One of our 2011 Richmond restaurant roundup. 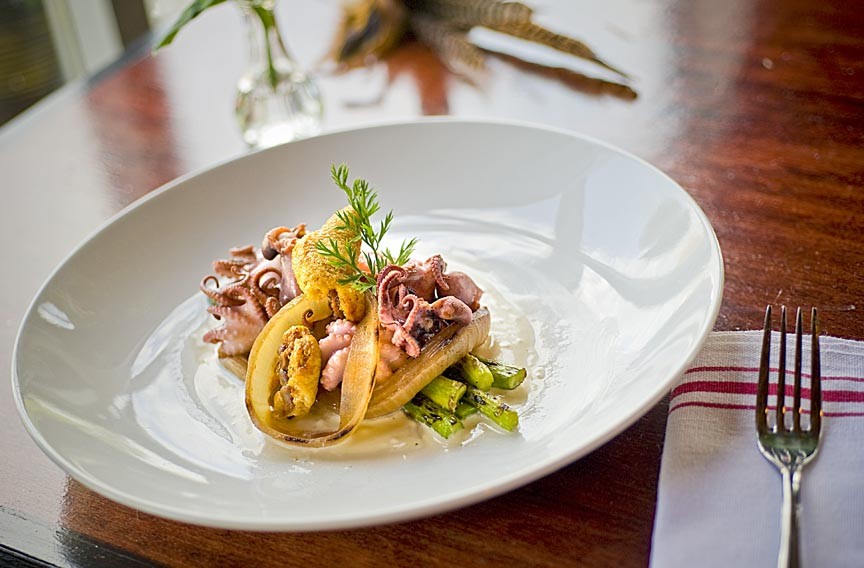 Is it weird that the local food bank rarely has been needier while the local restaurant scene rarely has been busier? Cans are flying off the shelves at FeedMore, and fundraisers for the city’s food pantry are launching in all directions (two Richmond restaurant weeks, La Difference, Dominion Resources, CarMax, Martin’s and Kroger among them). The nonprofit faces historic demand for services, and offers suggestions at feedmore.org for ways to help.

At the same time, there was a new independent restaurant opening in Richmond about every 10 days. Some of the city’s best-known chefs ventured into new waters: Michael Hall brought his rich niche to M Bistro in Rocketts Landing. Greg Johnson launched a tiny weekday flavor-fest downtown at Citizen. Stella Dikos revived her trademark Greek at the Lafayette Avenue charmer Stella’s. Owen Lane created a Carver treasure with a gastro-pub named the Magpie. Lee Gregory returned to cook for a crowd at Church Hill’s the Roosevelt. Kevin LaCivita created a firestorm of interest at the Blue Goat. Paolo Randazzo’s new beauty Portico quickly became standing-room-only. Comfort’s Jason Alley finally opened Pasture in a reawakening downtown.

An increasingly rabid food press corps covered the scene with a competitive zeal once reserved for other kinds of news. Of particular note, new writer Amy David of Richmondbizsense.com and coffee marketer Stephen Robertson of Richmond.com did an admirable job examining restaurant business and food trends and the people who are obsessed with both.

There’s more news to come, of course. Next week we get specific about some two dozen restaurants about to open in hungry, hungry Richmond, and which end-of-year closings indicate who couldn’t keep up. S