In the wake of Newtown, Virginia’s most extreme pro-gun lobbyist sees an opportunity. 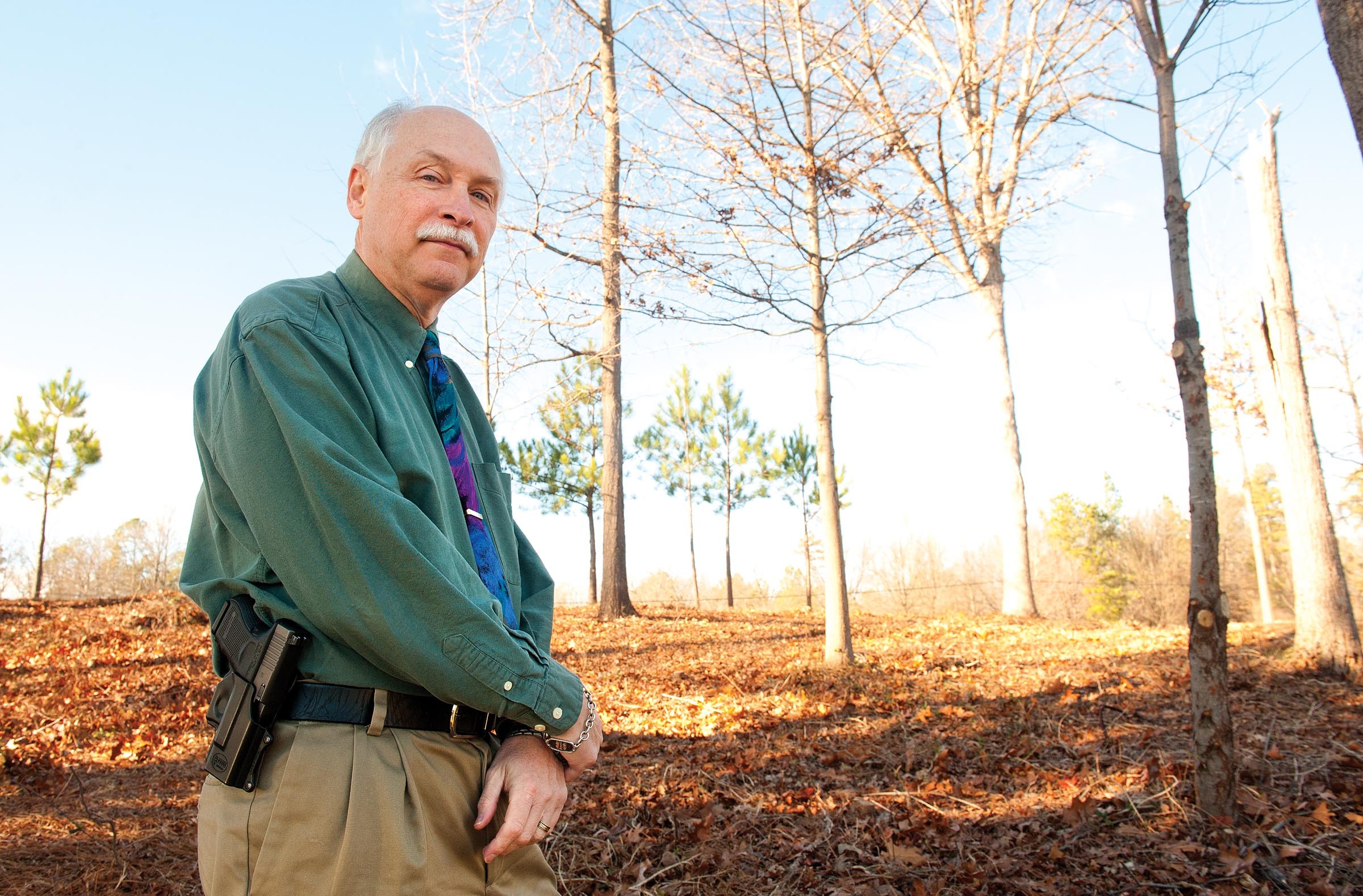 Philip Van Cleave can't help himself. At a time when many people involved in the pro-gun movement are embracing strategic silence, the outspoken president of the Virginia Citizens Defense League is quoted two days after the Newtown, Conn., shooting in the Washington Post. He compares firing a Bushmaster assault-style rifle like the one used in the school massacre to driving a Ferrari — they're both just fun, he says.

The comment earns the Midlothian resident an appearance the next evening on CNN's "Piers Morgan Tonight." The talk-show host uses nearly four minutes of airtime to berate and chastise Van Cleave.

"It is a disgrace to America and to the American people that it's continued to happen," Morgan says of gun violence. "And the reasons it happens, and I say this with respect to you, is your facetious attitude comparing it to cars."

Van Cleave, who barely gets a word in edgewise, is undeterred. Following the widely anticipated National Rifle Association news conference, after which even right-leaning outlets such as the New York Post deride the group's spokesman in front page headlines as a "loon" and "gun nut," Van Cleave appears on Richmond's NBC-12 to argue that the rifle association's proposal doesn't go far enough.

Last week in response to an editorial in the Richmond Times-Dispatch outlining the gun debate Virginians can expect, Van Cleave is compelled to post a comment noting that his group would like to see the elimination of federal restrictions on machine guns, though it's currently a low priority.

Van Cleave understands these statements can be, well, a bit off-putting to some. He's unapologetic. "Sometimes you just have to get out there and just put these things out there," Van Cleave says. "I'm not a big fan of political correctness."

That's perhaps an understatement. The Virginia Citizens Defense League is unabashedly extreme in its views, but it's also been somewhat successful in efforts through the years, steadily chipping away at the state's gun laws. Van Cleave says he doesn't expect this year to be much different, and if anything he thinks the shooting of 20 grade-schoolers at Sandy Hook Elementary School will help the group members in their efforts to tear down yet another restriction that limits where they can carry their guns: Newtown, they hope, will provide the impetus to repeal laws that prohibit them from bringing their weapons onto school property.

"It's been our opinion for a long time that one easy solution is to let concealed handgun permit holders carry in schools," Van Cleave says — "parents, visitors, any of the teachers or principals that have permits already." His latest disappointment with the NRA is that its post-Newtown proposal doesn't include allowing regular people such as him to carry in schools. "If you're somebody who has a permit, you're already carrying everywhere around children anyway and you should be allowed to carry in schools," he says. "If somebody had been armed in Newtown they may well have stopped Lanza when he came through that door."

Opening up schools to guns is in line with the defense league's past legislative accomplishments, including a law created last year that bars local governments from prohibiting their employees from bringing guns to and from work. The only caveat is that government employees must leave their guns in their cars — but it's a step, Van Cleave says, asking, "What if something happens on the way home from work?"

Van Cleave, a slight, bald, 60-year-old computer programmer who sports a gray mustache, says he almost never leaves the house without a gun. He says he feels helpless when he isn't carrying. On a recent afternoon he has a .40 caliber Glock pistol in a holster under his jacket because, as he puts it, it's the only way he'd stand a chance if a "200-pound gangbanger with a knife" attacked him. It's a scenario that seems unlikely in Midlothian at the Panera Bread restaurant near his home, where he's offered to meet a reporter and is drinking hot chocolate. But, he says, you really never know.

"A handgun is an equalizer," he says. "Without one, it's the law of the jungle. The big and the mean will run roughshod over the small and the meek."

It's that philosophy that has informed Van Cleave's years of activism, and it's exactly that kind of thinking that repulses the league's opponents on the left.

"If you ever listened to them down at the General Assembly it would make your hair curl," says Andrew Goddard, president of the Virginia Center for Public Safety, which is pushing bills that would require background checks for all firearms sales. "They are right off the reservation as far as logic and common sense are concerned."

How much sway they have with Republicans in the General Assembly is a matter of debate.

"They certainly seem to carry a lot of weight with members on the other side of the aisle," says state Sen. A. Donald McEachin, a Henrico Democrat. "I'm not surprised because the Republican Party for years has sort of embraced the extreme right wing."

But one Republican strategist says the group's tactics — such as organizing protests at libraries and stores where activists openly carry weapons — sometimes do more to embarrass lawmakers than convince them.

A Republican legislative aide who works with the group's supporters and detractors put it this way: "They're good at the noise part, but at the end of the day, there's one gun rights group that really matters and a bunch of other gun rights groups that combined don't add up to the influence of that one. And that one is the NRA."

Van Cleave scoffs at the suggestion that the defense league hasn't been successful. "If we're being unsuccessful," he says, "I just hope we continue to be unsuccessful at this rate."

Since the early days in the mid-1990s when the group successfully pushed to make it easier to get a concealed handgun permit, Van Cleave says the defense league has made progress every year. He doesn't expect the coming legislative session to be any different.

"Every year we've gotten something passed and moved the ball forward," he says. "I don't know what will happen this year, but we're going to push and I'm hoping we'll get the ball moved forward again. It may not be a mile, but who knows?" S