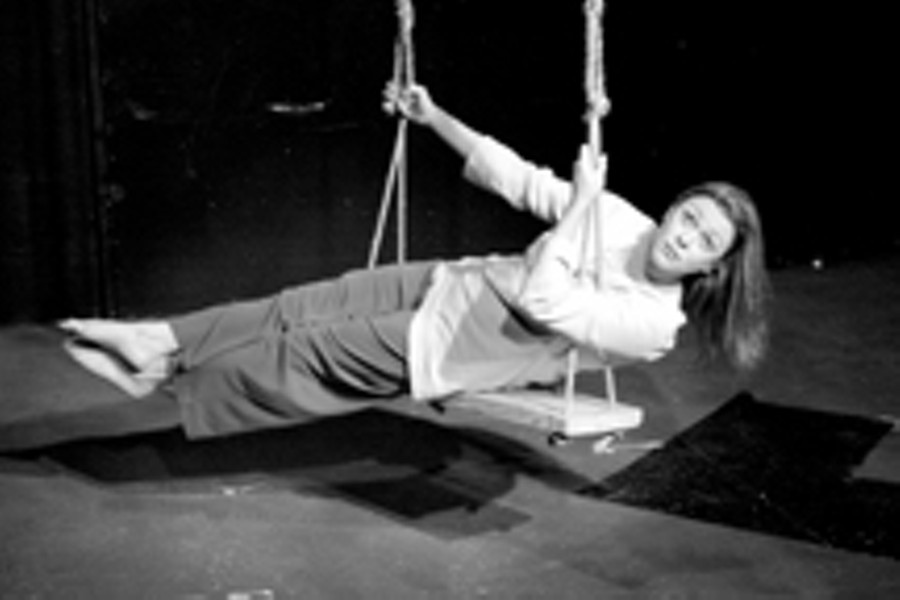 Steinberg's ample talents illuminate the simple but stirring story of “The Syringa Tree.” Set in South Africa, the show details the relationship between Elizabeth, a young white girl, and her family's black housekeeper, Salamena. It is the 1960s when the show opens. “Lizzie” is just 6 years old and the tension of apartheid infuses every aspect of her life. Blacks are subject to curfews, and police comb the streets looking for undocumented natives. Complications arise for Lizzie's family when Salamena gives birth to a daughter, an undocumented child in constant danger of being taken from her mother by the authorities.

The play's beauty lies in its small scale, which allows it to dramatize the tragedy of apartheid without hysterics. Unlike many “issue plays” filled with cardboard characters used to convey political points of view, “Syringa Tree” is never about apartheid as much as how people behave in a society living under constant interracial tension. When Salamena's daughter disappears from a Johannesburg hospital, we see people react to the loss of a child, a terrifying catastrophe whether that child is black or white. The play also shows that apartheid was no picnic for whites, who were subjected to hostile natives and attacked by “freedom fighters.”

The script tells its story with beautifully evocative language: Berries fall from a tree like confetti; a servant suddenly caught in a pair of headlights is “lit up like a candle.” Although the production has no set except for a simple wooden swing, I came away with remarkably clear images of the action. Credit must be given to director Keri Wormald, who doubles as sound designer, for supplying a rich aural landscape for Steinberg to move through. Cricket chirps, train whistles, wind chimes and drums punctuate the drama at key points.

But an excellent script and a great design would all be for naught without a remarkable talent at the play's core, and Steinberg is certainly that. One bravura scene comes early when the actress portrays everyone in the room when Salamena's daughter is born, from the laboring mother to the attending physician to the baby herself. Steinberg switches between the roles seamlessly without a moment's lag in the scene's intensity.

Neither Steinberg nor the play is perfect. Some of the characters are drawn a bit broadly, and without an intermission, the play begins to feel overlong as it reaches the hour-and-a-half mark. Still, for my money, I'd rather spend 100 minutes with Steinberg in South Africa than 200 minutes with Frodo in Middle Earth. “The Syringa Tree” has only one special effect, but she's a dazzler. S