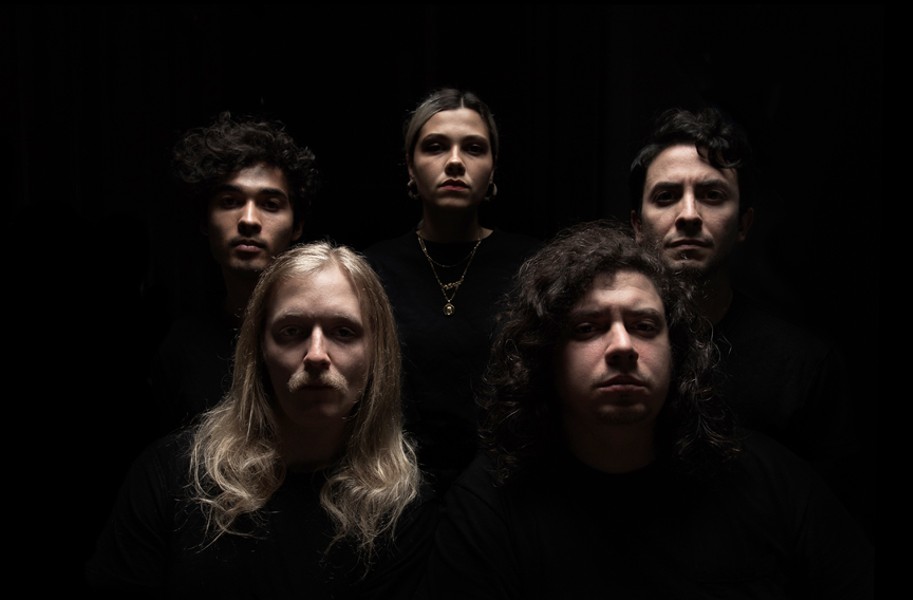 Since its inception three years ago, Spooky Cool has defied musical logic to discover its own definition of a pop song.

You might find moments that remind you of Paul Simon, Deerhoof or even Russian composer Peter Ilich Tchaikovsky – all in one song.

It's helped make it one of the most unusual groups in town, an unselfish band that focuses on serving each shape-shifting song -- and it has done so while continuing to amaze live audiences and earn loyal fans such as songwriter Lucy Dacus.

The five members were meticulous about every detail of new EP, "Every Thing Ever," recorded with sound engineer Michael Satterfield. Challenging moments might leave listeners scratching their heads as a song breaks from a chaotic prog-rock moment into a soft and breezy soliloquy -- yet the songs feel like they belong together.

"It was comforting that these songs needed burgeoning," says songwriter Zac Hryciak, adding that the band votes on ideas and there is a lot of meditation involved even on minute details. "It's why most of our material takes so long to come out."

The founding trio of Hryciak, drummer Lee Spratley and bassist Sean Williams had abandoned folk backgrounds from previous musical endeavors. Spratley says that he loved working on this material "for months on end, shaping that matter."

Soon after the initial songs took form, vocalist Paula Lavalle joined the group to add a touch of energized melody to the proceedings. Her voice is an affirming, consistent presence that helps elevate each choral moment to an anthemlike status. And rounding out the lineup is guitarist Zavi Harman, whose background in math rock gives Hryciak a solid counterpart with syncopated guitar interplay, helping ground the more ambitious songs.

But there were complications along the way to the finished product.

"Recording the record nearly crushed us. File corruptions, illness, lineup changes, alterations, dissatisfaction. It was an exhausting, unpredictable and, at times, onerous series of experiences," Spratley says. "That said, I haven't been prouder of anything in my life. Through it all, the record seems to me to be a beautiful representation of our music."

Hryciak hopes that listeners will continue to be surprised.

"I write music that I hope surprises people, because when I listen to music I want to be surprised. Most of the records I have come to venerate in life are records I did not understand or care for the first time I heard them. That's what makes music so extraordinary. It can grow with you."

The band continues to shroud itself in a bit of secrecy. In a live video shot by the local collective Good Day RVA, no members are visible except for their red silhouettes. But after starting with no presence on any social media platform, they've warmed up a little.

"This is not theater or performance art or visual art. This is not a spectacle. We create sounds and we simply want the focus to remain primarily on the music we make," Spratley explains. "The individuals in Spooky Cool come from all different sides of the musical spectrum but this philosophy of creating music running against the grain of modern pop is something we all feel equally passionate about," Hryciak says.

Spooky Cool celebrates the release of "Every Thing Ever" at Hardywood Park Craft Brewery on Friday, Aug. 3. The band will be joined by Haybaby, Piranha Rama and Castle of Genre. Music starts at 6 p.m.