One of Richmond’s greatest jazz pianists, Steve Kessler, returns from the wilds of Ontario for a couple shows 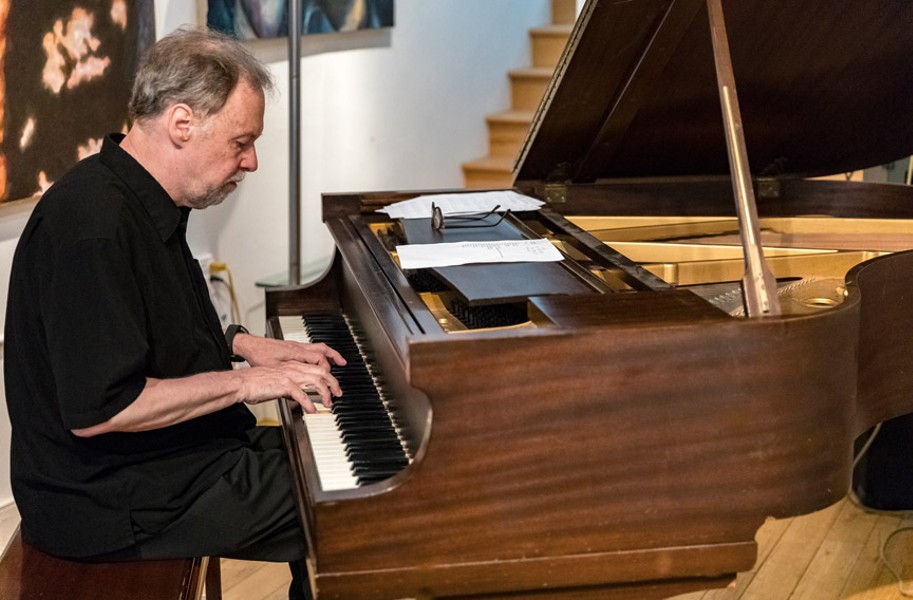 Martin Phillips Richmond native Steve Kessler has been offered gigs by both Bruce Springsteen and Dave Matthews but turned them down to do his own thing.

He's turned down many chances for more fame: Bruce Springsteen and Dave Matthews, among others, tried to recruit him for their bands.

Instead, pianist Steve Kessler remained faithful to his idiosyncratic muse, even if it meant occasionally playing coffee house trio gigs where the band outnumbered the audience.

While he may be obscure, Virginia Commonwealth University piano professor Wells Hanley ranks Kessler as one of the five best jazz pianists of all time.

The Richmond native is the archetypal antiheroic genius, a child prodigy whose untutored gifts have been honed by a lifetime of untutored exercise. His solos spin out in a whirl of ideas that once formed are quickly discarded, navigating a logical but unpredictable melodic path through a brilliant thicket of harmony and rhythm.

The January doldrums bring two opportunities for rare performances from this expatriate: He plays the Camel with the Charles Owens Quartet on Sunday, Jan. 13, and the Rabbit Hole at Vagabond on Tuesday, Jan. 15.

For a long time, Kessler was a Richmond fixture: He played with Skip Gailes, with the Jazzmaniacs during their '90s reign at Bogart's Back Room, and for a brief but memorable stint with James "Saxsmo" Gates, whose deep groove improvisations are at right angles to Kessler's skittering invention. But six years ago, he decamped to Timmins, a gold town in far northern Ontario. The birthplace of Shania Twain, Timmins is a world unto itself.

From the air, it's most notable anomaly is a vast mine pit, a negative ziggurat of stepped excavation reaching down to a substratum of quartz shot through with precious metals. Kessler met a woman, now his wife, who lived there.

"When I came up to make a visit, I was really surprised," he says. "I had opportunities that were unique. People were so supportive. They had my CD and were very positive. The local news show did an interview and had me play. I had a concert with the town orchestra. And I got this little gig that I have every week. It was like switching channels to a different cast and set. Despite being a long way away, it was very homelike."

He started giving lessons, his weekly gigs were packed even when it snowed, a frequent occurrence in an area that gets roughly 10 feet a year. "If anything, even more people show up," he says.

Still, it is a small town. You can see all the sights in a day or two. The mall is the mall. The cinema the cinema. Outside players come in, but more frequently, Kessler has to reach out. He's traveled for gigs, including playing Smalls in New York with Charles Owens. And he's been a sideman on other people's albums, notably Richmond trumpeter Victor Haskins' debut CD "Truth." The piano parts were recorded in Richmond, but the synthesizer solos were added later, in an increasingly common form of remote collaboration.

Haskins, now a teacher at the College of William & Mary, is a supremely disciplined musician who built his prodigious skills layer-by-layer — and found that he meshed perfectly with the profoundly intuitive Kessler.

"It was the first time I played with someone who understood what I was trying to do harmonically," Haskins says. "I think maybe he is thinking in a broader way, the texture in how he comes to things. The [chord] changes are points of reference, but his is not boxed in. He uses a wider palette. I knew I wanted to play with him again."

Haskins will be part of Kessler's January quartet, along with Turkish transplant drummer Emre Katari (Yeni Nostalji) and veteran bassist Paul Langosch, who's played with many, notably a 20-year stint with Tony Bennett.

After a long absence, two nights of Kessler's artistry will be a rare treat.

But only if you show up.