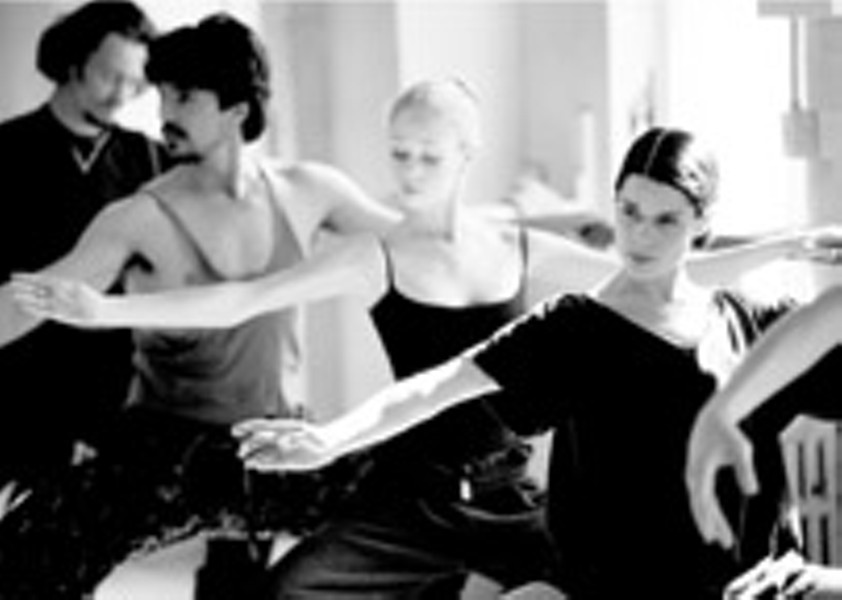 “The Company,” a fictionalized exploration of life in the Joffrey Ballet of Chicago, is as lyrical and forgiving as “Gosford Park” was remorselessly cynical. Small in scale, “The Company” doesn’t delve into the thicket of messy relationships that have been a staple of many Altman films. Instead, the director fondly documents the ins and outs of this notoriously exotic gang of artists, as if he were an amateur anthropologist smitten by an eccentric tribe.

Movies have had an extended love affair with dance, but Altman approaches his subject with an utterly fresh eye, having disencumbered himself of the clichés that typically weigh ballet films down. In particular, he is determined not to present his dancers as a cursed breed apart, compelled by their gift to offer themselves as living sacrifices on the altar of their art. From “The Red Shoes” to “The Turning Point,” ballet dancers have appeared on film as a possessed crew whose favored methods of conflict resolution include suicide and descent into madness.

“The Company,” by contrast, shows us men and women who are too busy with part-time jobs, amorous distractions and the day-to-day routines of their craft to bother pondering the pros and cons of a Seconal overdose. When a ballerina suffers a career-ending injury at a rehearsal, she reacts with stoic, almost ironic, silence, and the camera keeps at a discreet distance, as if to keep us from turning a sad accident into a cosmic disaster. While she’s still being carried into the wings, her understudy is already receiving chirping encouragement from the choreographers. The scene is typical of Altman’s thoroughly unsentimental view of this exacting labor. The final product may be beautiful, but like sausage, you may not want to see everything that goes into making it.

Only two characters come in for extended treatment: the troupe’s artistic director (Malcolm McDowell), and a rising young star, played with a fine combination of sensitivity and nerve by Neve Campbell, who also shares in the writing credits. When we’re introduced to Campbell’s character, she has just broken up with a hunky co-worker who has taken up with another ingenue. But the Sturm und Drang we might expect from a scorned artiste refreshingly fails to materialize. She quickly finds a new Adonis to share her off-hours with (James Franco). A stud-muffin sous-chef, he can relate to Campbell’s character because they share a dedication to a craft. Two of the pleasures of “The Company,” in fact, are its attention to the artistry that goes into everyday life and its affection for the mild fanatics for whom dancing a pas de deux or making an omelet offers an occasion for exuberant self-expression.

As the beleaguered, budget-haunted and intermittently tyrannical impresario, Malcolm McDowell bullies and fawns in equal measure to keep the company together. We first see him seated behind an imposing desk, handling the daily gripes of his dancers and backers as if he were Don Corleone giving audience to petitioners on his daughter’s wedding day. The now silver-maned McDowell, who was once Britain’s angry young man par excellence, is an inspired choice for the role. Choreographing a piece meant to capture the tumult of the 1960s, he storms at his dancers, “You know how I hate pretty!” Railing against “phony ballet,” he might be a stand-in for Altman himself, pruning away the sentimental junk long associated with his art, striving to bring his audience into contact with something bracingly real. **** S