This isn’t the first time Richmond’s been rattled by an earthquake. 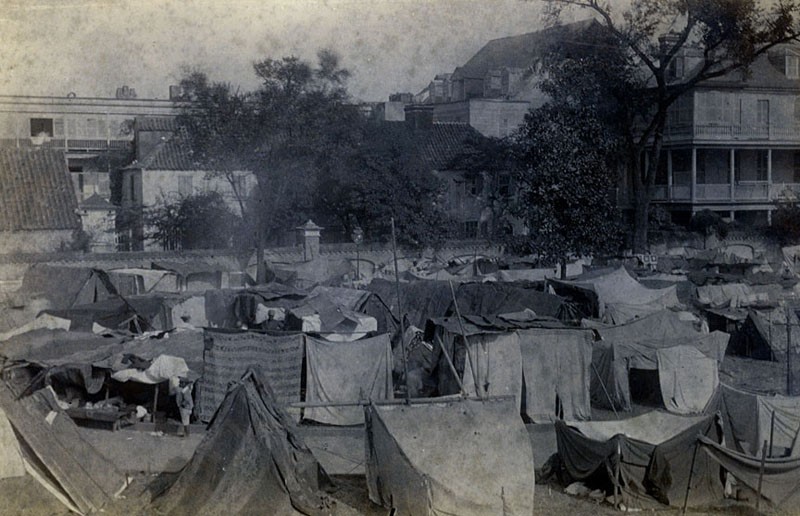 We’re not talking about last Tuesday’s tremor, but about the historic East Coast earthquake that happened 125 years ago this week, on Aug. 31, 1886. That quake, centered near Charleston, S.C., damaged nearly every building in that city, killed around 100 residents, and caused a panic in Richmond.

This quake is the subject of a new book called “Upheaval in Charleston: Earthquake and Murder on the Eve of Jim Crow,” the result of 12 years of research and collaboration by authors Stephen G. Hoffius and Susan Millar Williams. Their book describes the far-reaching effects of the earthquake, as well as race, politics and the shooting of a newspaper editor in a dispute over a sexy Swiss au pair. “The true stories are better than almost anything you could make up,” Hoffius says.

Style: Was the cause of earthquakes pretty well understood, or was it something of a mystery?

Hoffius: Oh, it was almost totally a mystery. And the stories in the paper were hilarious in the range of explanations that they proposed to explain it. The one I like the most was that the Earth is like an old man’s socks, and they sag and develop wrinkles and bumps. And that’s what happens with the Earth, and when the wrinkles and bumps get severe enough, then an earthquake happens.

The 1886 earthquake caused a panic here in Richmond at the state penitentiary.

A lot of the prisoners, and there were about 800 prisoners there, a lot of them started hammering. They took the slats from their beds and started busting out the iron grates that were in the transoms above the doors. A lot of the rooms and the walls were in such bad repair that they were able to knock them out. They climbed out through the transom.

And so [guards] put out the alarm. They pushed the general alarm that rang out through the city. … The code was 1-2-1, and everybody in the city knew, “Oh my God, something’s happening at the pen, the state pen.” Hundreds of people showed up with rifles and shotguns. … All in all, about 15 or 20 people broke out of their cells. They did not escape from the pen.

You wrote that in Savannah, at least a dozen people went insane and had to be sent to lunatic asylums.

Four or five people supposedly were frightened to death. A lot of people got really religious the night of the earthquake, and they really thought that God was mad at Charleston. And they came up with all kinds of fascinating explanations for why God was mad. White people tended to think that it was because they ate ice cream on Sundays and sailed boats in the harbor on Sunday. And black people thought it was because of slavery and the death of Reconstruction.

After the earthquake, there was a guy in Canada … who proclaimed that a much stronger storm, a much stronger effect, was going to happen Sept. 21 somewhere in the southeast part of the United States. … People all across the country absolutely panicked about it. … In Michigan, people were building towers and climbing up them, wearing their ascension robes and taking picnic lunches so they’d have a little something to eat on their way to glory.

Have you been getting more attention for your book than you expected?

We’re having great fun with it. … There’s a Palmetto Brewery, and they are making an Aftershock beer for this anniversary. There’s a bake shop here which is making what they call cupquakes that are filled with liquid … and have crumbles on top. And there is a distillery in town which is putting out a recipe for quaketails. S