Photographer Linda Connor recycles and explores the sacred and the timeless at Candela Gallery. 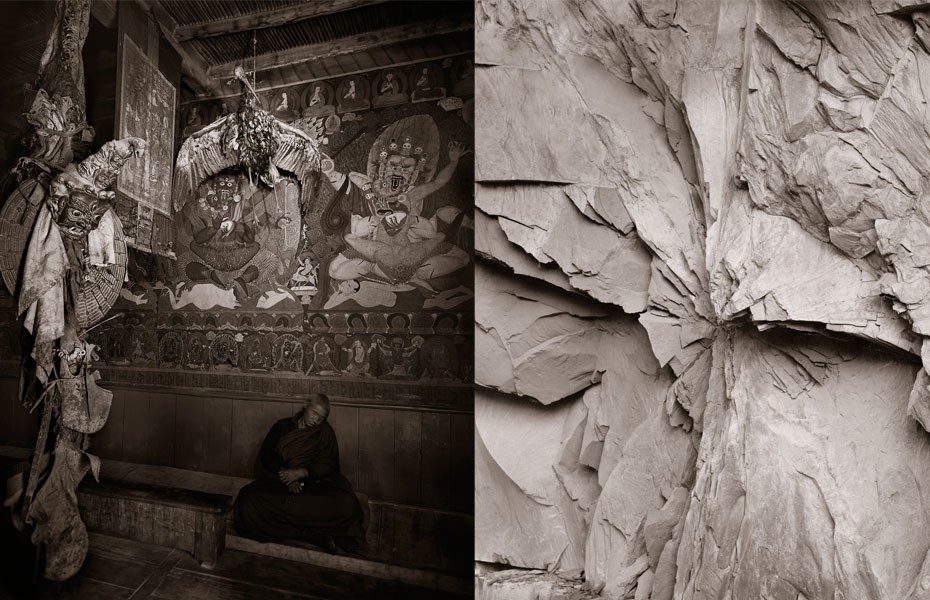 Had she been better at learning French, Linda Connor might never have discovered a talent for photography.

After a less than impressive grade in high-school French, her uncle thought an immersive summer in France might help. Struck by a place so visually different, the 17-year-old Connor picked up her Brownie camera and starting snapping. When it became clear the Brownie was insufficient, she replaced it with a 35 mm camera.

"Suddenly, I had the ability to understand my world visually," she says. "I'm one of those people who, when something fits, I know it."

A half-century on, the fit is still good. Connor's new show at Candela Gallery, "Continuum," features photographs taken in such far-flung locations as Cambodia, India, Tibet and Egypt, capturing sacred and religious imagery as well as natural features such as rock landscapes.

"I'm interested in what's old and timeless," she says, "capturing what slides around in time, someplace I can go back and go deep. I'm interested in sacred structures, their design, how they look, how they move us from the contemporary to other places. I'm not religious, but I am interested in the relationship of religious elements to nature."

A quote from Wallace Stevens' poem, "Sunday Morning," encapsulates Connor's take on why such things speak to us: "Death is the mother of beauty."

"I think when early humans got enough brains to conceptualize death and our place in the universe," Connor says, "that led to us making patterns, piling stones, rituals and dances to mitigate our fears. Those patterns and feelings of awe have become established in our brains in the syntax and language centers to where we're designed to have emotional and spiritual responses to art."

Especially visually striking are the photographs she printed on fabric for an exhibit in Bali, where high humidity is the enemy of works on paper. "I started printing on silk," she says. "It was kind of fun, but it doesn't work for some images, especially those with a narrative."

A highlight of the show is the oversized, handmade book "Avalokitesvara," with facing pages of photographs from Indian cave paintings of bodhisattvas — enlightened Buddhist figures — and rock formations, all taken in northern India.

"When I got back, I started looking at the images, playing around with the proofs and the mountainsides just wanted to be next to the bodhisattvas, so I worked with my assistant and designed this artist's book," she says.

After taking a new series of rock landscapes this summer, Connor acknowledges that there may be an expanded book to combine or continue the work: "I do a fair amount of recycling, repositioning and re-sequencing my photographs. I find it a more poetic way of working with the materials."

Although she studied with photographer Aaron Siskind, considered part of the abstract expressionist movement, Connor was never interested in abstraction, she says: "But then I was looking at these [photographs of] rock faces, thinking, goddammit, Aaron! There you are!" Even so, she adds that she doesn't know how long she'll stay there or what might come next.

A longtime professor at San Francisco Art Institute, Connor doesn't earn her living as an artist. "I have a 40-page résumé, but that's the reality," she says. "But I have gotten to do what I want to do and it turns out I really enjoy teaching photography. So it's worked. In the end, I hope that all my work comes together and makes sense, sort of an accumulation as opposed to ending up at one specific place. That would make the effort of a lifetime seem like an accomplishment." She makes a face: "But I certainly don't want to die before I start selling some work." S