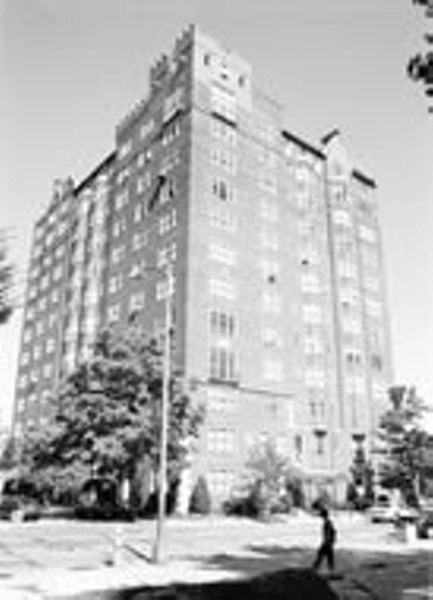 Now the homeowners making up the Prestwould Association have paid $2 million to renovate the exterior fa‡ade and eventually the lobby. They also hope to spark renewed interest in the condos. Condominiums, they say, are vital not only to the city's skyline but also to its return as an urban residence.

"We hope to re-establish the Prestwould as the pre-eminent downtown residential address, polish its crown, so to speak," says Elizabeth Biggs, executive director for the board of homeowners.

For instance, the Virginia Historic Landmark Register recently added the Prestwould to its list of distinguished properties. Additionally, its inhabitants eagerly wait for researchers at the Library of Virginia to complete an account of the Prestwould, so its history and significance might be preserved, Biggs says.

The Prestwould was completed in 1929. Units span one to three stories and range from 900 square feet to 4,000 square feet. Famed English architect and New York transplant Alfred C. Bossom designed the Prestwould along with the former Virginia Trust Co. building on Main Street. He also designed what is considered the city's first skyscraper, the former First National Bank building on Broad Street.

Today, the condominiums represent "a sizeable investment in adaptive reuse," says Carey Brown, with the city's department of economic development. In simpler terms, Brown, who is a resident, too, points out: "It's wonderful and convenient."

Brown and Biggs say the answer is yes.

And who knows, maybe the Prestwould could reprise the sale of local farm-fresh eggs at the front desk as in days of yore.

Biggs stops short of committing to this. "We all feel we have the stewardship of a very historic property," she says. "We would like to leave it in better condition than we found it." — Brandon Walters