Off the Beaten Path

A runner and lifelong lover of the James River captures evocative images of the park system in photo book.

It’s not tough to spot Bill Draper when he’s out running. He’s that rare runner who almost always has a camera around his neck, his phone in his running belt and sometimes, a telephoto lens and collapsible monopod with him.

That’s because Draper is doing more than just getting a workout, sweating and burning calories. His runs – he’s completed 50 marathons, many in Richmond – are a means of capturing the beauty and ever-changing face of the James River Park System. Despite having studied photography at Western Kentucky University, photography jobs were scarce, so he went into health care sales and marketing, a career from which he retired in 2016. 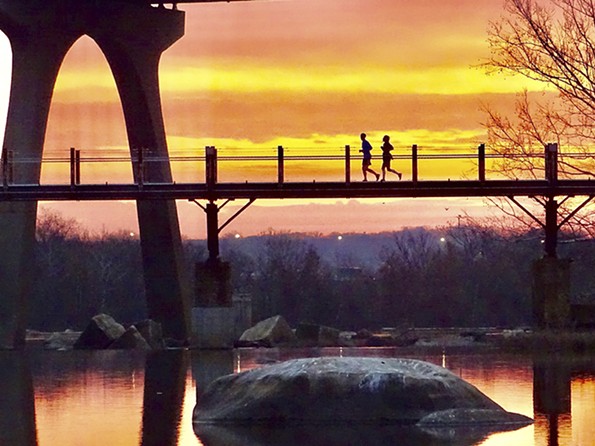 Turns out retirement only left more time for running and taking photographs.

Eventually he had so many striking images of the river and environs that when people began suggesting he do a book, he took note. The result is “A Photographic Journey Through the James River Park System,” a collection of Draper’s evocative images. Because the initial printing sold out even before the books were delivered in December, Brandylane Publishers decided to do a second printing this summer.

Although photography and running have been Draper’s primary hobbies for more than 50 years, it was only when he tried trail running in 2017 that the two passions became intertwined. Invited by friends from Sportsbackers Marathon Training Team to run the trails along the north and south banks of the park, he found himself exploring trails that provided views he’d never known existed in Richmond, much less in downtown Richmond.

“My running group ran the trails spring, summer, fall and winter, and we even went out one snowy night with headlamps,” he recalls. “Seeing the park through different seasons and at different times of day from morning till night inspired me to bring my camera along for my runs.”

Seeing a striking view of the city, a colorful sunset or a glimpse of the park’s wildlife meant that his camera came out. When he began posting the photos on his Facebook page, friends as well as some of the local media and television stations took notice.

Draper enjoyed the challenge of trying to capture the park’s beauty throughout the seasons, particularly availing himself of the spectacular light at sunrise and sunset.

“I found it rewarding to explore and find new vantage points that were off the beaten path,” he explains. “But I was also inspired to capture the better-known places like the Potterfield Bridge and Belle Isle, which are easy to access for everyone in the community, even in a wheelchair.”

His photographs also reveal the abundance of natural life along the river, depicting coyote, deer and wild turkeys, along with osprey, blue herons and bald eagles. Draper is thrilled to see the uptick in wildlife because many of the species absent in his youth have now returned to the James. “I never saw a bald eagle when I was growing up,” he says.

Because he was raised near Riverside Drive in Stratford Hills, Draper has had a lifelong relationship with the river and its environs, swimming, canoeing and fishing in the river. But he remembers that community access to the James River was limited then. 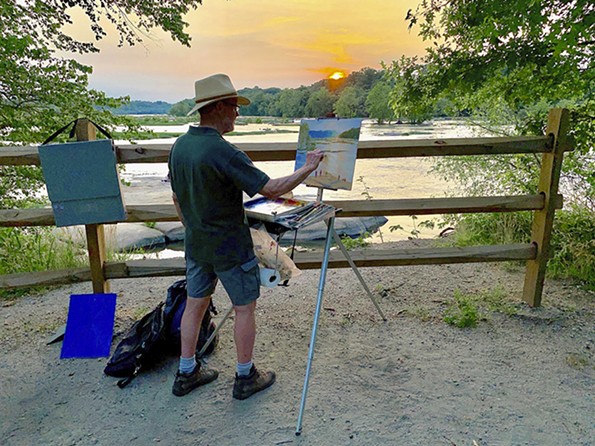 “There have been so many wonderful improvements over the years, but I believe we can continue to improve the park and create awareness that this gem exists in the middle of downtown Richmond,” he says. “Much of this is already in process with the 10-year master plan put in place by the city and supported by Friends of the James River Park.” 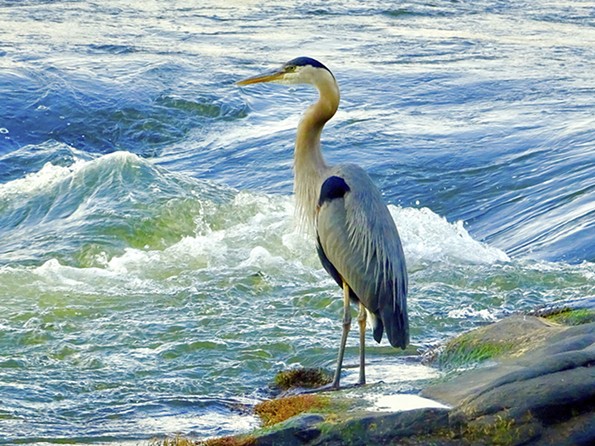 Having gotten so much fulfillment from running and photographing the park, it felt only natural for Draper to donate the proceeds of his book to the Friends of the James River Park. The first printing of a thousand books sold out in December and the second printing is now available online at the group’s website and through multiple retailers around Richmond such as REI, the Quirk Hotel gift shop, Tweed, Lucky Road Run Shop, the Outpost in Westover Hills, the Jefferson Hotel gift shop and the Virginia Museum of Fine Arts gift shop.

For Draper, it’s the vastness of such a unique place within the Richmond city limits that sets us apart from other cities. 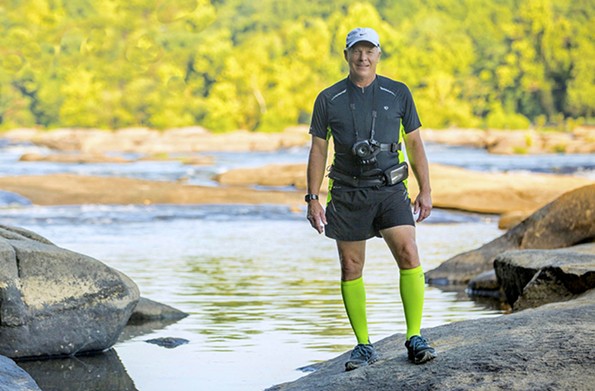 “The James River is such a significant part of Richmond’s history and it’s also a playground for Richmonders and tourists,” he says. “On any given day, you can see people hiking, running, biking, fishing, kayaking, paddle boarding, canoeing, white water rafting, rock climbing, birding, listening to music, painting artwork, relaxing or reading a book. The list is limitless!” 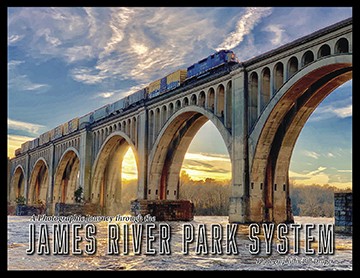 Draper is living proof that an early introduction to the James River can spark a lifelong appreciation for it. “I just grew up with the James River,” he says. “The book morphed into something unexpected. I had no idea this would take off like it did.”

“A Photographic Journey Through the James River Park System” is available at jamesriverpark.org and various retailers.