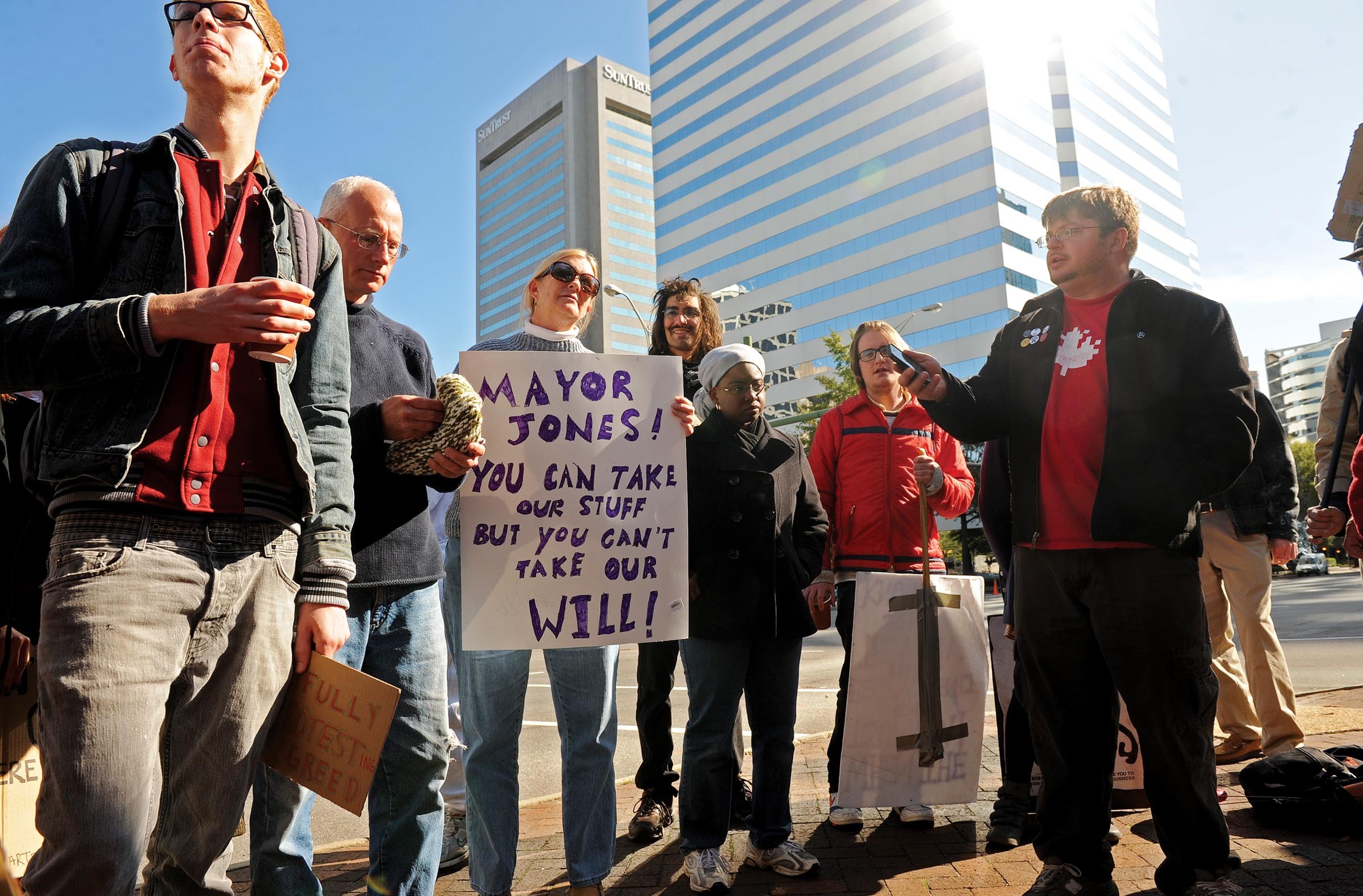 Recently released FBI intelligence reports show that in October 2011 agents warned that the Occupy Richmond movement might attempt a cyber attack on one of the city's financial institutions. Former occupiers describe the concern as laughable.

"If that's the height of our intelligence in this country then we are definitely in trouble because … that's nothing that was even mentioned," says Will Carino, a former Occupy media liaison. "We're very curious to find out why or how they came up with the idea that, one, we could even do it and, two, that we would do it."

The FBI report says that the Richmond occupiers might be orchestrating the attacks in conjunction with the hacker collective Anonymous. The report was publicly released last month along with about 100 pages of bureau files related to Occupy encampments in cities across the country.

The report notes Occupy Richmond's Facebook page had more than 4,500 likes. It then observes that Anonymous released a video pledging support for the Occupy Wall Street protests. The Richmond division of the FBI concluded: "This could indicate an intention to conduct cyber attacks in conjunction with … the Occupy Richmond protest."

The FBI agents reasoned that Richmond historically has been a banking center and many of the companies that still operate here could be considered "high value targets" for a protest movement that focused largely on financial inequality.

The report goes on to say that Occupy Richmond and the movement as a whole has been "largely peaceful," and that there were "no known planned acts of violence" reported in connection to the Richmond activists. Indeed, no Occupy cyber attacks materialized here.

The released FBI files are heavily redacted and likely represent only a small portion of materials the bureau collected and produced. Carino says he and his fellow protesters are looking forward to more documents becoming public. "If they came up with something as ridiculous as that I can't imagine what else they come up with," he says.

A spokeswoman for the FBI's Richmond office declines to comment.