If the media floods the airwaves and inkwells with Laci Peterson coverage and perceives no interest, it will stop. 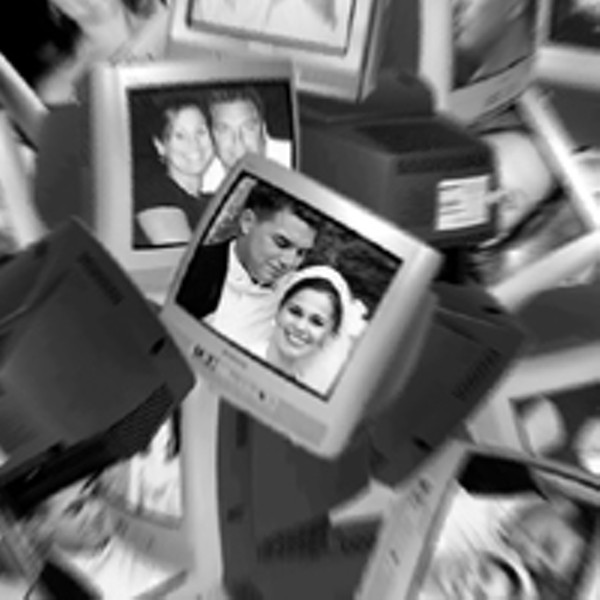 CNN is particularly guilty, and its premier talk-show host, Larry King, is the guiltiest of all. I swear that Larry King would do a prime-time interview with the Peterson family's dog groomer if given the opportunity.

I wouldn't be surprised if he already has, and I simply missed it.

Laci Peterson, for those who've been living in a cave for 18 months, was a bright, beautiful young California wife who was eagerly awaiting the birth of her first child. She disappeared in the days before Christmas in 2002, and her body and that of her unborn child later washed ashore, separately, from the San Francisco Bay.

The behavior of Laci's husband, Scott — his leaky alibi, his extramarital affair, his seeming insouciance in the whole matter — got him charged with two counts of murder. He and his celebrity attorneys will try to explain all that away in the coming five months.

I'm often asked to explain the behavior of the Virginian-Pilot in particular, and the news media in general, far beyond the meager topics I generally write about.

Good people ask thoughtful questions about why we do what we do in covering politics, wars and civic events. I often enjoy debating them and attempting to answer. But if somebody were to ask why the national media is obsessed with the Laci Peterson case, I know I'd try to change the subject.

A colleague and I discussed dark realities about this case that few of us care to address: If Laci Peterson had been an ugly white woman living in an anonymous hollow in Appalachia, or a poor black woman in the South Bronx projects, or an illegal immigrant who'd trudged across the border in Texas, her murder wouldn't have drawn two seconds of coverage.

Another colleague said a survey showed that the plight of missing young women had become a staple on early-morning TV talk shows, in part because they're trying to attract the important demographic of 25-to-34-year-old women.

Meanwhile, in my own burg of Norfolk, an anonymous male victim's body parts have been floating ashore in suitcases over the past few weeks, and we've yet to receive any panting requests for details from the media centers of New York or Los Angeles. Nobody cares.

You can understand an obsessive level of coverage in a murder case involving a celebrity — O.J. Simpson or Robert Blake, for example. But the Peterson case is tougher to explain. Tragic though it was, it amounts to two deaths that occurred 18 months ago, 3,000 miles from here. Many good people have died since, quite anonymously, and in even more tragic circumstances.

Obviously, having a "heartless" disinterest in this affair, I'm not defending the media's coverage. But there is another reality to address: news coverage, like any other commodity in a free market, is largely consumer-driven.

If a grocer puts out a basket of pomegranates and nobody buys them, the grocer will stop selling pomegranates. If the media floods the airwaves and inkwells with Laci Peterson coverage and perceives no interest, it will stop.

Which means that somebody out there — a lot of somebodies, actually — is showing a healthy interest in these events.

Maybe it's just one more manifestation of the tabloid mentality that's overtaking us — the soap opera, reality-TV escapism that people seem to crave as a lazy diversion from their own realities. Who knows? Better minds than mine will have to answer that question.

For my own part, the coming five months of wall-to-wall Peterson coverage will generate about five minutes of interest: Did he do it, didn't he do it, and what do we do with him if he did? End of story.

If that makes me "heartless," then I'm willing to step forward as the first person in the Laci Peterson affair to plead guilty. S

Dave Addis is a columnist for the Virginian-Pilot.