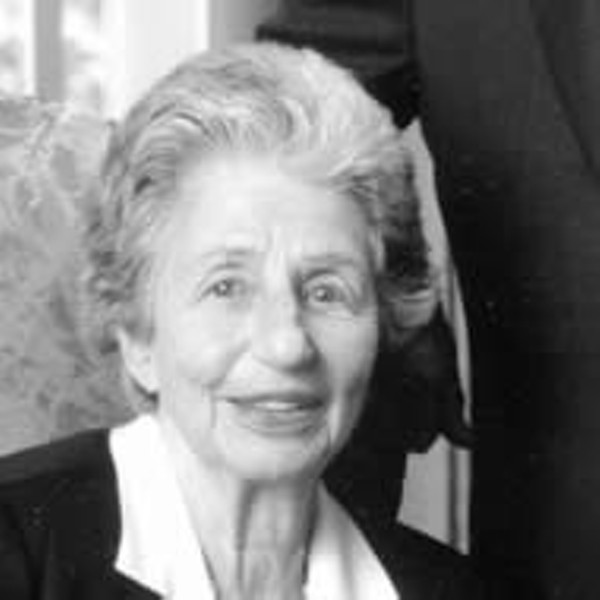 For more than 50 years, Thalhimer was generous with her time and resources, and she was an intellect to be reckoned with, whether at a board meeting or in a brainstorming session of one of the local health, educational, religious or cultural organizations that were fortunate enough to get her attention.

"If you didn't want to know how she felt, you didn't ask her," said Sharon Larkins-Pederson, senior development officer of the MCV Foundation at Virginia Commonwealth University. Larkins-Pederson worked closely with Thalhimer and her husband, Charles (former vice chairman of Thalhimers Department Stores), on a number of major fund-raising campaigns. "She was a velvet hammer," she recalls. "Sometimes she could deal out some pretty tough medicine, but in the final analysis, her ideas made a lot of sense. She was very, very precise and did not suffer fools lightly. She required honesty. Anything less would throw her into orbit."

"But she had a heart as big as all of outdoors," adds Larkins-Pederson. "She could really wave the flag for you."

"She had an excellent, wry sense of humor," says a friend who worked with Thalhimer at Maymont, where she served as the foundation's first president in 1973. "She understood people, she understood our city, and she knew what needed to be done. She was always two steps ahead. There were always things she could teach you, but she never overwhelmed a situation."

Thalhimer's love of the arts was apparent in her personal and eclectic art collecting and in what she supported, including the Virginia Museum of Fine Arts.

"She absolutely loved the visual arts and thought they were important to the community," says John Bryan, associate dean for development at VCU's School of the Arts. "She also knew that the arts were an extremely valuable part of the university."

The Rhoda R. Thalhimer Chair in Art History at VCU was established by Thalhimer and her husband. The couple's name also appears on the VCU tennis center, home to a perennially nationally ranked men's squad.

"She and Mr. Thalhimer operated as a real team," says Jackson Blanton, a family friend. "They reared a great family and they reaped the benefits of that. She set a standard for a very close family and knew what each member of the family truly needed at all times."

"In everything she did, she knew instinctively what was right and what was proper," says Blanton. "There was no compromising her standards."

Her city is richer for it. — Edwin Slipek