"The Fledermaus" flies into town. 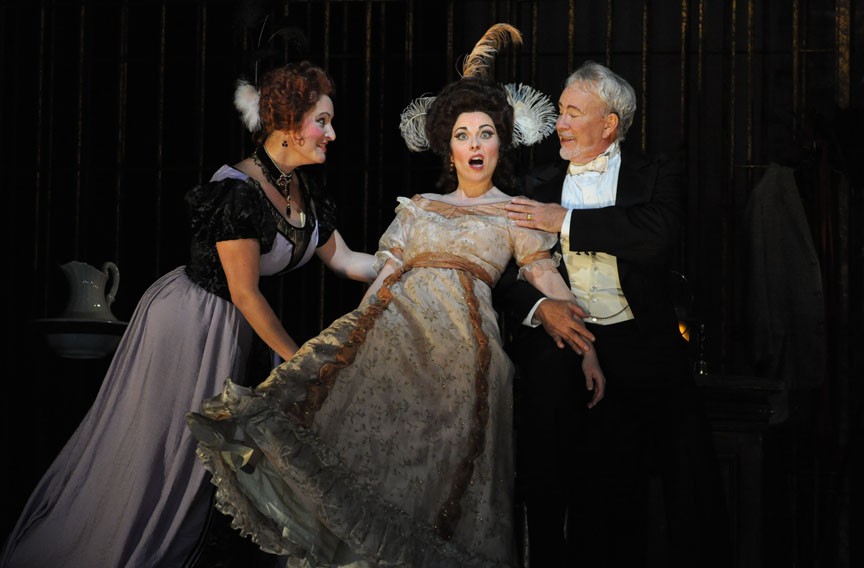 After leaving his drunken friend passed out in the public square dressed as a bat, Gabriel von Eisenstein had it coming.

His friend, Dr. Falke, has concocted a plan for revenge in Johann Strauss' comedic operetta "Die Fledermaus," which in German means "the bat." With the help of a prince, Falke stages an elaborate practical joke at a masked ball, creating a string of mistaken identities, infidelity and imprisonment.

Soprano Sarah Jane McMahon, who plays one of the three leads in Virginia Opera's staging, says the show is more accessible than most operas because of its humor and lightheartedness. "You couldn't pick a better first opera to come to," she says. "It's almost more similar to a musical."

In addition to the show's levity, another draw for newcomers is the amount of dancing in the production, choreographed by director Dorothy Danner. Among her credits as a dancer are the original Broadway production of "Once Upon a Mattress" and the film adaptation of Mel Brooks' musical "The Producers."

"The dancing is front and center," says Marci Falvey, a spokeswoman for the Virginia Opera. "There's lots of action and movement. Her productions are extremely well thought out."

In portraying the character of Adele the maid, part of that choreography falls on McMahon's shoulders. She says it's a challenge between her two arias and spending a good portion of the show's three hours dancing.

"She's a very physical role," says McMahon, who recently performed two gala concerts opposite Placido Domingo. "It requires a lot of stamina not only vocally, but physically. She basically never stops."

"Die Fledermaus" was Johann Strauss's first major work for the theater. By then a popular composer, as was his father before him, Strauss led his own orchestra when the show premiered. It became an international hit.

"It would be like Lady Gaga writing a Broadway musical and starring in it," says conductor Gary Thor Wedow, adding that Strauss packed the score with everything he could think of, including marches, waltzes and polkas. "The music is breathtaking. He was a real melodist."

Another draw for audiences is the universality of the show's story.

"The jokes are as old as Moses," Wedow says. "You can probably find the plot on a sitcom every night of the week."

McMahon says the show's ensemble of 32 is hilarious, and they've been aided by Danner's detail-oriented direction.

"I can't imagine there being a better cast for this," McMahon says. "It's one that shouldn't be missed." S