RCA reportedly spent $3 million to sign Brooklyn mix-tape sensation ASAP Rocky, then dumped his debut, "LongLiveA$AP," in the wasteland of January. That move arched many eyebrows, suggesting the label had lost faith in its young signee. But at the very least Rocky has spent his paycheck wisely, assembling a who's who of producers and cameos to create an album that's timely and relevant — a state of the union for hip-hop. But lacking the narrative ambitions of Kendrick Lamar and the flamboyance of Danny Brown, Rocky comes across as a cipher on his own album, with little to say and no unique way to say it. Age may solve that particular problem in time, but for now his anonymity allows him to adapt to the various styles of the beat makers, riding bangers such as "Wild Is the Night" with the same agility he brings to the murkier atmospherics of "Hell." Who knows how long this will live, but for better or worse, "LongLive" is the sound of hip-hop in early 2013. — Stephen Deusner 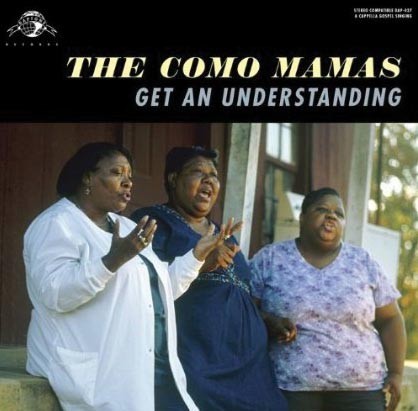 Como Mamas, "Get an Understanding" (Daptone)

The Como Mamas are three church ladies from the town of Como, Miss., far from any major recording industry hub. They began singing together in choir before making the leap to recording artists, and "Get an Understanding" is their second album for the New York-based retro-soul label Daptone Records (home to Budos Band and Sharon Jones and the Dap Kings). These 13 tracks showcase the group's raw calls-and-responses, but the music is anything but primitive: The harmonies are sophisticated and complex, suggesting a tension between the spiritual and the secular, between the temptations of the world and the rewards of heaven. These recordings lack the slickness that's affected megachurch services and contemporary worship music, which tend to favor showy displays of faith rather than private moments of reverie. Even as their voices combine powerfully on "Ninety-Nine and a Half" and "I'm Going Home to Jesus," the fervor remains as personal as it is intense. — Stephen Deusner

At once elegiac and vital, "Be Still" was one of the best recordings of 2012. On one level the project is a particular fine jazz and American crossover project, featuring the clear, Celtic and country vocals of Aoife O'Donovan floating over a graceful, multilayered sonic landscape. On another it's a heartfelt expansion on a set of hymns that Dave Douglas' mother, in the late stages of ovarian cancer, selected for him to play at her funeral. Arranged for his new quintet (pianist Matt Mitchell, saxophonist Jon Irabagon, drummer Rudy Royston and bassist Linda Oh), the songs are musically spacious and emotionally transparent. The spiritual heft of songs such as "Be Still My Heart, "High on a Mountain" and "Living Streams" is in the lyrics. O'Donovan, an Americana guitarist and singer with a New England Conservatory of Music degree, delivers them with country warmth and chamber precision. "This record is not about eulogy," Douglas says. "In fact my mother wanted a party in her celebration, and insisted everyone wear bright colors." The sadness in "Be Still" is similarly multicolored. It's a bittersweet argument that mortal grief is just the shadow cast by a luminous, life-affirming joy. — Peter McElhinney

DVD: "Color Me Obsessed: A Film About the Replacements"

The first thing you must know about this music documentary on the great Minneapolis rock band the Replacements, is that there's no music — nor any band members involved. Not even an image of them. What we get is a compendium of vivid stories and arguments from fans, old friends (Hüsker Dü's Grant Hart), journalists (Bob Christgau and David Carr) and associated hangers-on recollecting the band's early albums alongside their memories of live shows from the group's '80s heyday. It's been called the "Rashoman" of rock documentaries — except there's nothing genius or that controversial going on here. You get the basic gist of the group's appeal: The band made several great albums of hungry, punk-tinged rock and it was a mesmerizing live band some nights, if you were lucky, though a lot of the time its members were just shit-faced drunk. But the band lost its heart and raw edge when original guitarist Bob Stinson left, eventually dying from drug- and alcohol-related organ failure in 1995 at the age of 35. One thing this format encourages is healthy debate: Did the band suck after "Let It Be"? The arguments can be fun, but it's all likely to get old for any but the most hardcore fans during this doc's two-hour running time. You're itching to hear a song, any song, way before the end. — Brent Baldwin

So it took his final studio album for the former Mad Skillz, Richmond's most famous emcee, to finally make a great, full-length recording? Sounds like it. Real hip-hop fans and urban music geeks have constantly applauded Skillz's high-level lyricism, even while deeming his supporting, beat-driven soundscapes as subpar. Yet thankfully on this, his sixth and final album, the music rises to the level of his witty wordplay. Soul music and adult R&B abounds throughout this album and is especially potent on songs such as "Intro (Hard to Be Me)," and the title track, which is both charmingly autobiographical and faith affirming. Additionally, the singers employed here to sing these hooks are fantastic, including Carmael, Joe Tann and the sensual-voiced Ayah. Skillz divides his lyrical time between well-articulated relationship songs, such as "Maybe I Don't Know Her at All," and standard paid-emcee boasting such as "Bring the Sparklers Out." But the love music way outnumbers the narcissistic moments on this 13-song suite. "Ignorant Levels" ends with the emcee stating "I just hope I made VA proud." Mission accomplished, bro. — Jerome Langston