A look at some vinyl reissues and box sets this holiday season. 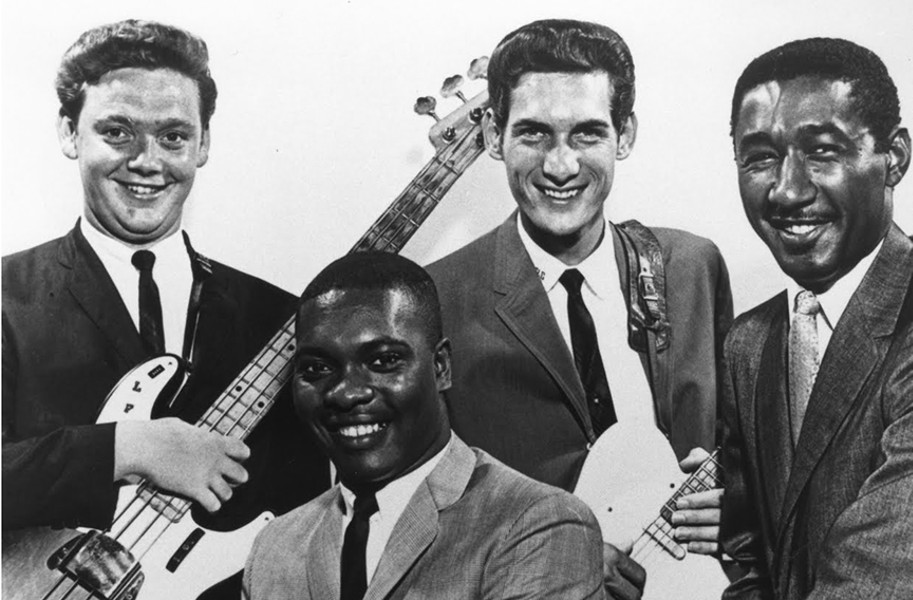 This band’s instrumental music always felt like comfort food to me, or comfort grooves. The songs go with just about any mood, road trip or coffee, late night or early morning. Leader Booker T. Jones’ bluesy Hammond organ playing may sound simple in terms of melody, but there is an academic discipline beneath it, as well as a soulfulness — especially when he holds a chord a little long. The emotional depth is well-represented even on the most popular cuts, nearly all of which are featured on this two-album, blue-colored vinyl collection of the group’s first 29 singles recorded for the Stax label, remastered from the mono versions, which sound great.

All the classics are here from “Green Onions” (actually based on a Bach fugue) to “Hip-Hug-Her,” “My Sweet Potato,” “Soul Dressing,” a couple of holiday numbers -“Winter Wonderland” and “Jingle Bells” — to a lovely, slow-burning take on Gershwin’s “Summertime,” and one song, “Boot-Leg,” featuring Isaac Hayes on keys, not Jones. Basically, this is a nice one-stop package with detailed liner notes by Ed Osborne.

A Memphis native, Jones deserves props as an early architect of the original Southern soul sound, his band’s work featured on great records by the likes of Otis Redding, Wilson Pickett and Carla Thomas. His autobiography, “Time Is Tight: My Life Note by Note” came out this year and it reportedly paints a less than harmonious picture of his time at Stax. Still, when he melded with bassist Lewie Steinberg, replaced early on by Donald “Duck” Dunn’s laid-back bass, Steve Cropper’s sweet-toned Telecaster guitar, all layered on top of Al Jackson Jr.’s foundational backbeat — they locked into a soulful R&B groove that didn’t need any singing to move you. They churned out feel-good tunes that were somehow compact and loose — each member sacrificing something for the sound of the whole, which is probably why the B sides sound just as good as the A sides. 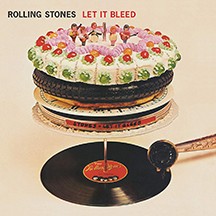 It makes sense that a deluxe box set is being offered on the 50th anniversary of this classic rock album. “Let It Bleed” is the opening salvo of the holy triumvirate of the Stones’ greatest releases, along with “Exile on Main Street” and “Sticky Fingers.” Inside this box you get mono and stereo versions of the album in vinyl and hybrid super audio CD, as well as a double A-side ‘Honky Tonk Women’ / ‘You Can’t Always Get What You Want’ picture sleeve vinyl 7-inch mono single. The rest is nonmusic frills: an 80-page hardcover book with some impressive images, the full original poster from the album and some replica-signed lithographs of the album artwork.

While the box is beautiful to behold, the sound quality is the real revelation here. I’ve never heard the backup singers on “Gimme Shelter” or the propulsive drum and bass opening of “Live With Me” sound anywhere close to as clear and powerful as they do here (I prefer the mono vinyl version) — and every song has these moments of astonishing clarity. This is a magnificent upgrade from my old vinyl copy, as if dozens of studio ghosts came alive. I can’t imagine the album has ever sounded better.

The only complaint is there isn’t any additional music from the period, such as live material or outtakes (the Jean-Luc Godard studio film “One Plus One” might’ve been a nice addition). Instead you get a lot of “Let It Bleed,” which is not a bad thing. From country blues to gospel, the album remains one of the most brilliant British odes to American roots music ever recorded, featuring the slide guitar work of Keith Richards as well as his first solo lead vocal on “You Got the Silver.” Nearly every song is a Stones classic: from “Gimme Shelter” to “Midnight Rambler” and “Monkey Man” and closing, of course, with the beloved “You Can’t Always Get What You Want,” the British choir singers sounding so bright they will clear your sinuses.

It doesn’t get much grittier, faster and louder than Motorhead in the year of our lord, 1979 — a hard-rocking trio entering its prime while disco and songs like Peaches and Herb’s “Reunited” dominated radio. This monstrous box set, arriving with a heavy thud, is devoted to that year. Beloved by metal heads and punk rockers, Motorhead’s signature tune, “Ace of Spades,” was one year away at the time.

Inside the big black box you’ll find seven vinyl records, including half-speed mastered versions of classic ’79 albums “Overkill” and “Bomber,” as well as an LP of B-sides and outtakes and two unearthed double-live albums from that year, in addition to a 7-inch single of “No Class.” The box also includes a 40-page booklet of interviews, a tour program, Motorhead buttons and sheet music. Yes, sheet music for Motorhead. I doubt there’s much more they could’ve found except maybe Lemmy’s penicillin receipts.

The whole kit and caboodle retails for around $175 and for fancy fans, there’s a limited super-deluxe version that comes in a faux leather jacket that zips for $300 (do they rock Motorhead in Silicon Valley?) The whole idea of a Motorhead box this nice seems a little weird, but you can’t deny it’s lovingly done. The outtakes are solid, nothing revelatory, while both the live albums, recorded at Friars, Aylesbury and La Rotunde and Le Man, are an explosive treat; the sound isn’t bad, comparable to an FM broadcast.

I met Lemmy Kilmister once before a club show in California and he was a perfect English gentleman. Then he gets onstage and you realize this is simply Little Richard and Chuck Berry mutated by psychotic speed freaks howling at the moon. The music doesn’t need to be reviewed so much as experienced — which sadly, is no longer an option. I always was a little more of a Hawkwind fan, but this box might serve as the next best thing to seeing Motorhead these days: a long and relentless ride of double bass drum volleys, grinding boogie guitar riffs and Lemmy’s scorched-Earth vocals.

Side note: The band is a nominee for the Rock and Roll Hall of Fame next year, and this box makes a compelling case for their historic rock purity. It’s just a shame Lemmy isn’t still here to mock the pretentiousness of it all.