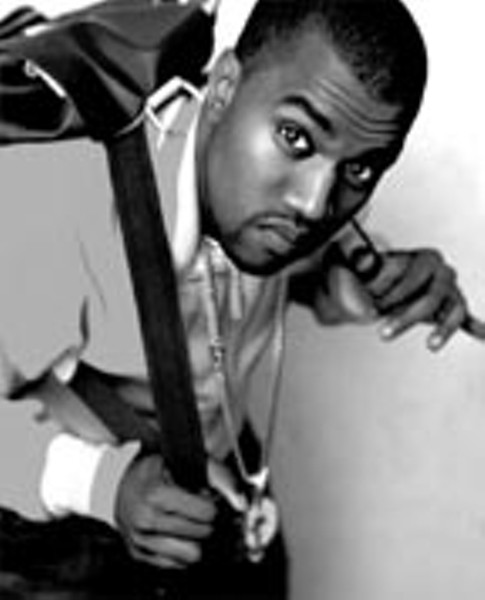 "I like the blues because it tells the truth," says Precious Bryant on her new release appropriately entitled "The Truth." Over the course of 14 tracks, Bryant and her seasoned band infuse standards and originals with an austere dignity and clarity indicative of the genre's bygone greats. The 63-year-old Georgia native's plainspoken charms are undeniable on cover tunes such as Willie Dixon's "My Babe" and Denise LaSalle's "Don't Jump My Pony," but the real treasures are Bryant's original compositions. The sweet, demanding elegance of "The Truth" and the restrained 1950s Chess Records rocker "Dark Angel" prove that Bryant deserves to be mentioned in the same breath as Memphis Minnie, Sister Rosetta Tharpe and Bessie Smith. She's no slouch on the six-string either, with the instrumental "Sugar Hill Blues" showcasing her subtle fingerpicking style. "The Truth" is the sound of blues at its best: pure, honest and human. Don't let this one pass you by. ****— Chris Bopst

On first listen to this record, you could be forgiven for imagining yourself in the '70s, sitting in a muscle car, clad in a leather jacket, with a switchblade comb and a half-empty box of doughnuts — such is the high teenage delinquency factor.

Oakland's The Time Flys serve up trashy, pre-punk garage rock in the early- to mid-'70s vein of The New York Dolls or Slade, with song titles like "Jailbait," "In My Skool" and "Teenage Is the Stone-Age." But these young'uns are more revved up, melding snotty vocals and sloppy power chords into fun little rockers that range from the catchy pop punk of "Dirt (My Best Friend)" to the goofy, uninhibited doo-wop cover "Teenage Tears." Produced by '60s enthusiast Greg Ashley (Gris Gris), this party album never lets up on the nostalgia throttle. Three young guys (including Andy Jordan from the Cuts on guitar) and a girl on drums kick out the jams with reckless abandon — sounding like they were up all night on over-the-counter speed and Pabst, and their skin is beginning to simmer. *** — Brent Baldwin

On their second collaboration Phish bassist Mike Gordon and acoustic guitar virtuoso Leo Kottke get it right. They keep the singing to a minimum and capitalize on hits from their separate bags of tricks. Kottke's picking creates a polyrhythmic complement to Gordon's offbeat bass. Recorded at Compass Point Studios in the Bahamas, the album's 12 cuts seem to reflect an island air, in part because of the creativity of Nassau session drummer Neil Symonette, who uses things like goats' hooves, fish shakers, a Jack Daniel's jug and more than 30 other things for percussion. The buoyant rhythms of the islands are washed over Kottke's syncopated playing. His gorgeous and sweet hit "Rings," "Ya Mar," a song Phish regularly covered, and a hushed, monotone version of Aerosmith's "Sweet Emotion" all get island inspiration. The album's title refers to a staircase in Nassau that leads to the island's highest point. Like that point, "Sixty Six Steps" provides a new perspective on two talented players. *** — Carrie Nieman

Who knew that scrapbooking would come to Bob Dylan? Mr. Tambourine Man is now Mr. Coffee-Table Man. A companion volume to Martin Scorsese's PBS film "No Direction Home," which airs on September 26-27, this is an inspired homage, with as many surprises as there are verses in "A Hard Rain's A-Gonna Fall." In addition to loads of outstanding photos, there are foldouts of album covers, re-creations of handouts to shows in Greenwich Village, copies of handwritten lyrics sheets (complete with notes and revisions), reprints of tickets and even a page from Dylan's high-school yearbook. There's also a CD of interviews — some historical, some present-day reflections. (Not to be confused with the two-CD soundtrack for the Scorsese film.)

The subject matter is 1956-1966, and the essays dig deep into these extraordinary years, whether noting Dylan's behavior and attitude or recounting the writing and recording process. It's the royal treatment for a songwriter of Shakespearean stature, and it may just reinvent the genre of history books, as Dylan reinvented folk music during this period. *****— Andy Garrigue