New Music from Sade, Freeway & Jake One and more. 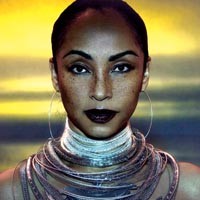 Freeway & Jake One, “The Stimulus Package” (Rhymesayers)
It's ironic that one of 2010's most elaborately packaged albums is all about hard times and bad recessions. Encased in a wallet wrapped in gigantic bills bearing their likenesses, Freeway and Jake One's collaboration, “The Stimulus Package,” subtly shifts the hip-hop discourse to reflect new obstacles facing the streets that produced them. G-Unit producer Jake One drops beats that trace clean lines through these songs, throwing in old soul samples (the best is the vocal hook on “One Thing” and the strings on “Money”) but wisely lets the emcee and a bevy of guest rappers do their thing. With his hoarse voice but surprisingly agile flow, Freeway details street-level tragedies and diminished expectations with furious detail and surprising twists: “She Makes Me Feel Alright” starts as a decadent sex rap but turns into an ode to the thrills of monogamy, and “Free People” examines the shards of a broken American dream. “The Stimulus Package” is a smart, harrowing, timely album — occasionally bleak but always stimulating.  HHHHI Stephen M. Deusner

Sade, “Soldier of Love” (Sony Records)
One could never mistake the career of the reclusive singer Sade as suffering from overexposure. “Soldier of Love” is only her sixth album in 25 years. Just as her legions of fans were settling into hearing nothing more than greatest hits compilations and jazzy side projects from her band members, she returns with adventurous songs that expand her musical scope yet retain her signature elegance. The title track's militaristic snare drums and biting guitar bring an edge never heard in her music, while the gentle “Long Hard Road” evokes that familiar quiet space and cup of jasmine tea like many of the English-Nigerian singer's '80s classics. Her sensual side gets play on “Be That Easy” and “Skin,” while “The Moon and The Sky” is a minimal, haunting song guaranteed to test people curious to see if they are truly over their exes. In other cases, Sade's silken voice makes the most of sparse arrangements that sound almost like soundtrack music from an international film. Bottom line: It's rare to find an artist whose presence is as effortless and impressing as Sade's — her “Soldier of Love” is a welcome return.  HHHHI - William Ashanti Hobbs

DVD:  “T.A.M.I. Show: Collector's Edition” (Shout Factory)
It's amazing to think there was a time when the average, teen-oriented pop star made soulful music that stood the test of time. Released for the first time in its entirety, the “T.A.M.I. Show” captures the shrill teen screams and startling black and white musical moments of the Teenage Awards Music International event from Oct. 29, 1964, at the Santa Monica Civic Auditorium. Director Quentin Tarantino called it “one of the top three of all rock movies,” and while I wouldn't go that far, there's a lot to like in this surefire classic. The uncut performances feature mesmerizing songs from James Brown and the Flames (there's great cape walk here from the man I'm convinced was a space alien sent to blow our minds), the Rolling Stones, a stunning Diana Ross fronting the Supremes, hipster-next-door Lesley Gore, Chuck Berry, Marvin Gaye, the Beach Boys, Smokey Robinson and lesser-known acts such as the spastic Gerry and the Pacemakers and the Barbarians. Plus, they're all actually singing or playing — not exhorting the crowd over backing tracks or humping the floor. Admittedly, the backup dancers appear to be stepping on hot coals while having seizures, but that's part of the joy: watching original geniuses perform while today's grandmas wig out like cartoon characters on fire. The only special effect used is occasional edge blurring that makes the fantastic Lesley Gore songs feel even more dreamlike. Somehow I can't foresee a concert film 30 years from now featuring Britney Spears or the Jonas Brothers as anything other than a mild curiosity or newfangled emetic (that's medicine that makes you barf in layman's terms). In fairness, the hosts here, Jan and Dean — looking like preppie pedophiles on skateboards — also made me a little queasy, but there was laughter too. HHHHH - Brent Baldwin

Duke Ellington with Charles Mingus and Max Roach, “Money Jungle” (Blue Note) HHHHH
Adam Larrabee, “The Adam Larrabee Trio Plays Money Jungle” (Slang Sanctuary) HHHHI
The original plan was for the Adam Larrabee Trio to perform its take on Ellington's classic “Money Jungle” as part of the unscheduled Mingus Project, an amyotrophic lateral sclerosis benefit, then as part of the (snowbound) RVAJazzfest 2010. It's now available as a CD, with a promise that some of it may be performed at the Camel when the trio opens for Alan Parker at the end of March.

The original recording is as much collision as collaboration, contrasting Ellington's polish and Mingus' passion. It's Ellington's record — he composed the material, most of it specifically for the recording — but it's realized on Mingus' experimental, post-bop turf. Ellington's piano playing ranges from classic lyricism to Monkish angularity. He plays throughout with a furious intensity that keeps the loveliest moments bracing.
While it's an indispensable, monumental recording, it's not one of those records (such as John Coltrane's “A Love Supreme” or Miles Davis' “Kind of Blue”) that resists reinterpretation. Larrabee's translation is built on the original songs in the same order, but the arrangements open enough parallel space for interesting contrast. There are echoes of Mingus' trilling bass in “African Flower” but the original's duo becomes a trio. The overall effect remains elegant and bluesy, but with a decidedly less urban vibe — in part, perhaps, because Larrabee's virtuosic guitar often ranges through the same modern pastoral neighborhood as Bill Frisell and Pat Metheny.

An additional twist is added by the role reversal in the rhythm section. Pharr's rich, fluent bass work recalls Max Roach's restrained drumming in the original, while Brian Jones' propulsive accents and explosive colors recall the aggressive exuberance of Mingus' playing. In all, Larrabee's “Money Jungle” is well worth seeking out.

Of course, you already should have the original. - Peter McElhinney