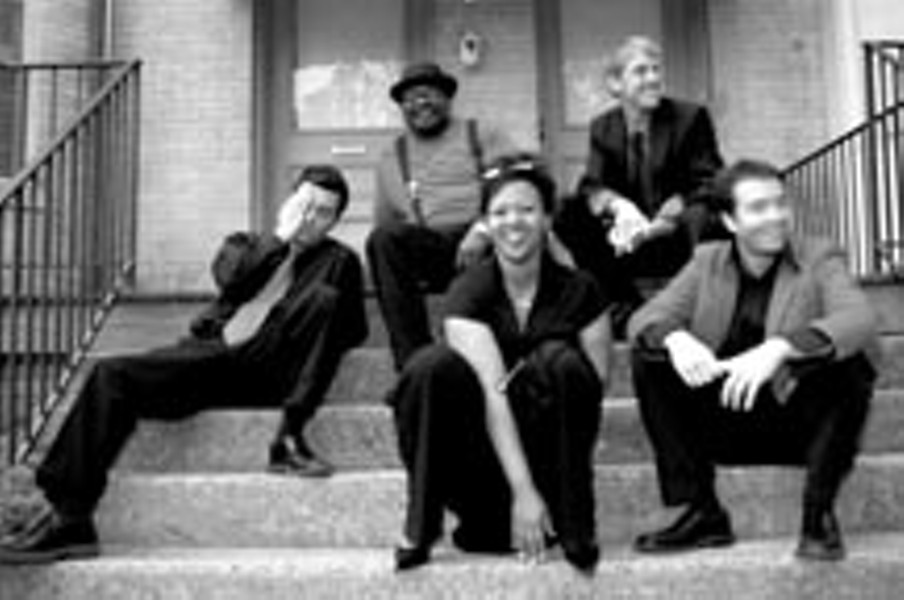 Something's brewing in Richmond and it sure is funky. If neo-soul diva Jill Scott fronted the New Orleans funk fusion band Galactic, you'd have the sound of Pennyshaker. Deep-fried Southern soul with a hearty helping of rock-jazz-blues on the side, this five-piece could easily set up shop at a jam fest like Bonnaroo or Harlem's Apollo and feel at home in either one. This debut disc flaunts tight musicianship over 11 tracks with infectious grooves, Hendrix-like guitar wails and most notably the solid vocals of Ticia Carter. This frontwoman wraps her bold pipes around original songs so good they sound familiar. From the sultry saunter of "It's Alright" to the sassed-up "Candy," Pennyshaker brings the sound of back-in-the-day to the here-and-now. These cats are onto something good, and it sure does make you want to shake what your mamma gave you! *** — Hilary Langford

Compiling funk, soul and R&B music made in Virginia from 1966 to 1970, this collection brings to life great music that might otherwise have been forgotten if not for the tireless efforts of label head Brent Hosier, who is helping preserve the legacy of musicians whose music proves that Virginia really is for lovers.

This second anthology will be a welcome addition to any record collection that contains James Brown, Otis Redding or Wilson Pickett. Standout tracks include the irresistible "Funky Virginia" by Sir Guy from Hampton Roads and the playful soul reworking of "Doggie in the Window" by the all-female group The Idets.

The informative 20-page booklet gives background information on each of the tunes and groups assembled on this must-have release. Virtually every track makes you wonder why these artists weren't on the top of the charts during their heyday.

Smoke or Fire "Above the City" (Fat Wreck Chords)

The pop-punk outfit formerly known as Jericho has released its first album under the Fat Wreck Chords label. With a nod to fellow Richmonders Avail, Smoke or Fire plays a bouncy hard-core without sounding jaded. They tear through a dozen songs at a minute-plus each, with lyrics that indict with quick jabs California, Boston, old friends and an optimistic past. As much as the album seems like a memoir of running away (the band relocated from Boston to Richmond in 2002), it remains upbeat, especially when the action breaks for a reflective acoustic moment on "Cryin' Shame." The energy and speed of the songs deliver the world-weariness of the lyrics without coming off as pretentious. And there aren't a lot of tricks here: The production is kept down just enough to let Joe McMahon's voice dance around. These songs run on a maximum of speed and a minimum of time, half of them touring the landscape of America and the other half, the landscape of emotion. ***1/2 — Brandon Reynolds

The new release from local singer/acoustic guitarist Jackie Frost is perfectly mounted. The instruments weave through the arrangements with a dreamlike clarity, and Frost's voice has the kind of beguiling, individualistic charm that draws listeners in. The trio, with second guitarist/vocalist Danny Hughes and banjo/vocalist Richard Ward, has honed the interplay in intimate area settings over the past decade.

Frequent collaborating pianist Daniel Clarke is given full group credit on the CD; several other area musicians also contribute to the session, recorded in Ashland by Grammy-winning engineer Bill McElvoy.

The tracks are all originals, and perhaps that is a liability, because while they are well-executed, they are not quite original enough to establish a strong, independent voice. Perhaps they come into their own on multiple listening or in live performance. *** — Peter McElhinney

She's been called Richmond's own Tori Amos, and from the au naturel photos on the CD to the dramatically charged, personal songs of longing within, the comparison is understandable. A classically trained mezzo-soprano at Randolph-Macon Woman's College, Kendall has a lovely, full-bodied voice, as seductive as a lounge singer but with strong traces of classical and Celtic influences.

Her second album comprises mostly earthy, feminine chamber folk that works best when Kendall is backed by small arrangements featuring either cello (which she plays) or piano. The production falters a bit when too many other players join in; in particular, the drum sound is stiff and disembodied. Still, Kendall has a knack for inhabiting these forlorn, minor-key ballads with one foot planted in medieval, counterpoint music and another in alternative pop. On "Red," she tackles personal lyrics involving topics from angelic lovers to isolation and aging that indicate an obvious desire to become a fearless songwriter — just like Miss Amos. *** — Brent Baldwin

Fluctuating rhythms and mad pacing characterize the debut album by this indie rock five-piece. The Wow, Owls! dart through their music with shifting speeds and the schizophrenic scream-song voice of lead singer Jeff Byers.

Nine songs are multiplied into a bunch of mini-tunes, making sure the listener keeps up or gets left behind. The guitar playing, even at its most rampant, is still precise, light even. But drum, bass and two guitars have to work to hold their own against the vocals, which threaten to drown out the whole. The result is a battle for dominance: Instruments build up a wall of sound that the vocals bulldoze, then guitars shoot up another wall and down it comes again. The sonic conflict could be overwhelming if not for those moments when Byers reins it in. The cooperative, balanced sound shows the delicacy and skill of the whole, if only for a mini-tune. *** — B.R.

Local boundary-stretching bluegrass band Old School Freight Train has many weapons, and all are on display here. Mandolin legend David Grisman signed them and he produces and plays on the recording. The group's strong songwriting — four of the five members each write their own songs — ranges from melodic pop to complex jazz workouts to Latin grooves to sophisticated bossa nova. Plus, its well-executed covers of Stevie Wonder's "Superstition" and Randy Newman's "Louisiana 1927" emphasize their wide-ranging tastes. Darrell Muller holds things down firmly on bass. Jesse Harper has an excellent voice and is a fleet-fingered guitarist. Pete Frostic's mandolin and Ben Krakauer's banjo work off each other beautifully. Nate Leath's swing-soaked fiddle brings joy, sweetness and some dazzling runs. Transitions are sharp, gears shift like a well-tuned engine, and overall, this sparkling live (in the studio) performance suggests OSFT is poised to vault into the top ranks of bluegrass acts working today. ****1/2 — Andy Garrigue

VCR "Self-Titled" (Side One Dummy)

VCR is a funfest, a frenzy of swirling keyboards, insistent rhythms and vocal intransigence. On its first national release the group sounds like Kraftwerk playing Minor Threat covers. The no-holds-barred frenzy VCR creates on tunes such as "Bratcore" and "Rad" are immediate dance-floor anthems blistering with raw intensity and attitude. Shunning guitars, the three-keyboard attack dominates the group's exuberant sound, which it accurately describes as "adventure funcore." And that it is. It's a sound sure to put a smile on the faces of fans of like-minded genre benders The Rah Bras, Trans Am and Nation of Ulysses. Each of the EP's six tracks bursts from the speakers like wild banshees and give you a satisfying taste of VCR's blistering live performances, which have become the stuff of legend. By far the most energized band in the city, VCR's vivacious approach to being the life of the party is a wonder to behold. Surrender to them at your soonest convenience. *****— C.B.