This Week: New Music from Weezer, Sufjan Stevens and more. 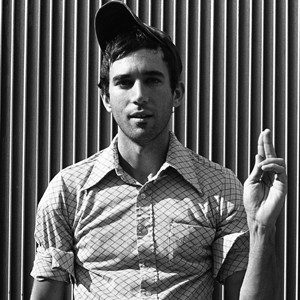 Weezer continues to evolve as one of alt rock's most enduring bands. Its previous effort, 2008's “Raditude,” was written off by many as proof the group had finally succumbed to creative malaise. And yet the 14 songs here don't just overturn this verdict, but flash an avian finger in its direction. From the driving force of “Memories” to the melodic flow of “Time Flies,” “Hurley” is the musical equivalent of a cup of coffee on a Sunday morning: simple satisfaction. Considering Weezer's history as a band that specializes in catchy, creative and unencumbered pop rock, this is hardly a surprise. Tracks such as “Trainwrecks,” “Run Away,” and “Where's My Sex” showcase the group's innate talent for producing albums that effortlessly flow from light to dark, from melancholy to humorous. Weezer has crafted an album that honors its past while ensuring its future — and the cover art doesn't hurt either. Eric Steigleder

Sufjan Stevens' follow-up to his incredibly popular “Illinoise” isn't another state-related album, a series he now seems reluctant to pursue. Instead, he frees himself both thematically and musically on his sixth effort. The songs sound both emotionally raw and calloused, as if his modest success rankles: “Sufjan, follow your heart, follow the flame or fall on the floor,” he sings on “Vesuvius.” Such a dark, questioning tone suits Stevens well, and his newfound moroseness is unexpectedly compelling, especially when delivered in his soft, slightly detached voice. That downhearted edge extends to the music in odd, occasionally fascinating and often purposefully ugly ways. Stevens sets his fluttery orchestrations against messy, clattery beats, distorted backing vocals and stray blips and blurts. The result is a kind of purposely challenging industrial gospel that's aggressively alienating rather than uplifting. In such static clatter, though, Stevens finds some measure of relief, which makes “Adz” no less engaging for being so exhausting.  Stephen M. Deusner

Sufjan Stevens performs Tuesday, Nov. 9, at the National at 8 p.m. Tickets are $41.75 available through Ticketmaster and the National's box office.

On their seventh studio album, Seattle's alternative-rock heroes the Posies strive for the best of both worlds: They go after some of the breezy harmonies that made their 1993 long-player “Frosting on the Beater” an indie-rock classic, while simultaneously tinkering with experimental, sometimes difficult song structures. Are these the candy and blood of the title? “Accidental Architecture,” an art project as much as it is a song, starts with quirky, scatlike vocals before shifting into a psychedelic melody that wouldn't be out of place on the Beatles' “Revolver,” then drifts off into an instrumental break that mimics the Beach Boys of the “Pet Sounds” era. On tunes such as “Cleopatra Street” and “So Caroline” the songwriting team of Ken Stringfellow and Jon Auer combines the vocal hooks and sonic guitar lines that made them noteworthy '90s power pop revivalists. Those two songs and “Plastic Paperbacks” are instant classics that you'd want to include on your revised best of Posies mix tape. But while some of the exploratory bits on “Blood/Candy” work, much of the material here simply sounds forced — more interesting than it is listenable. —Brian Greene

Do we really need another nostalgic Stones product? When the songs are culled from a four-night Texas run from their “Exile On Main Street” tour of 1972, the answer is yes. This no-frills concert film, the last small stage tour before the Stones shifted to Broadwaylike setups, was shown briefly in theaters in 1974 but has been largely unseen since. The manic energy of a tarted up Mick and the gang tearing through “Rip This Joint,” “All Down The Line” and concert favorites “Sweet Virginia” and “Midnight Rambler” (Jagger screams his head off) captures an often sloppy band performing with razor-sharp intensity. In addition to the cleaned-up picture — the first version was grainier and darker — a real revelation is the underrated guitar work of former Bluesbreaker Mick Taylor, who provides tantalizing solos and generally anchors the group with his superb blues riffage. The extras are slim: some relaxed rehearsal footage and two relatively short interviews Jagger did several decades apart. This is simply a great set of “A-list” Stones songs, the kind of stuff that made critic Lester Bangs bust an artery writing into the wee morning hours. — Brent Baldwin

One of the best rock bands to ever slosh out of Portland, Ore. — a town where every other person is in a band these days — the Wipers were inspired purveyors of melodic punk pop in the late '70s and early '80s. Songs were tightly controlled and danceable, the distortion heavy at times, and frontman Greg Sage commanded the mic with restless energy and aggressive lyrics suffused with alienation. The band went through lineup changes and has been broken up for more than a decade, but its influence continues to grow. This vinyl-only offering is a huge gift to Wipers fans: Sage handpicked these alternative mixes, demos and early recordings, some of which appeared as bonus tracks on the Wipers' three-CD box set. When placed together, however, they make for the lost classic Wipers album. These are hands-down the best-sounding, edgiest versions you're likely to hear of rockers such as “Tragedy,” “Mystery” and “Is This Real?” A live version of “Mistaken Identity” with Sage throwing props to George Orwell captures their brooding intensity well. Both a primer and a must for any fan.  — Brent Baldwin

To most music fans, Michael Marquart is known as the guy who sold his Virginia Beach recording studio years ago to Pharrell Williams and the Neptune crew, starting a chain reaction that saw the beach's rebirth as the home of many chart hits and remixes. But this entrepreneur and multi-instrumentalist, a former member of A Flock of Seagulls, has re-emerged with his own notable music under the name, A Bad Think. But if you are expecting new wave hair rock or white hip-hop, listen again. A Bad Think's debut is awash in power balladry, ponderous thoughts and arty production touches — often all at the same time, with Marquart's breathy vocals in the foreground (songbird daughter Samantha occasionally gets the mic).  A few of these tunes are flat-out gorgeous, such as the opener, “I'll Wait Forever,” and many of the studio-crafted songs surprise the ear with interesting exotica and carefully-mixed reverb. In fact, this disc is filled with melodic atmosphere that would seem perfect for a movie soundtrack; among the highlights are a pair of instrumentals ready-made for pensive cinematic montages. But you have to be in a certain downcast mood, and have an affinity for Marquart's strained delivery and penchant for the overdub, to fully embrace “Sara Lee.”   Don Harrison