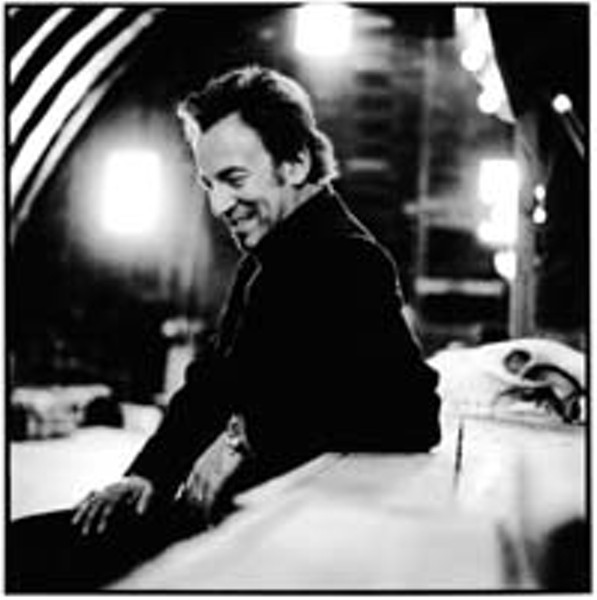 Fredericksburg-based Ann Rabson is best known as the piano player from acoustic blues trio Saffire — the Uppity Blues Women. On her recent solo release, Rabson continues the winking and grinning blues Saffire is known for and handles some serious themes as well. Rabson is an excellent pianist, a strong guitar player and a capable singer. She's also part of a very musical family, which she draws on for this album. An easygoing listen, this record has the spontaneity and looseness of a family jam session, and that's basically what it is. Rabson's sister contributes violin. Her brother-in-law adds trombone and organ. Her brother plays piano. Her daughter plays guitar. Her nephew plays bass. Rabson's originals work well amidst covers of Ma Rainey, Leroy Carr and Willie Dixon, and the trombone work stands out. All in all, it's a solid and vibrant record, if a bit too relaxed with a couple of the slower time signatures. *** — A.G.

Martha Wainwright has long been in the shadow of brother Rufus, serving her apprenticeship as his backing singer and opening act. With her eponymous debut album, she takes a step forward to emerge as a serious singer-songwriter in her own right. Shunning Rufus' string-laden, show-tune approach, Martha bears more similarities to her folk-singer parents Loudon Wainwright III and Kate McGarrigle. As befits a Wainwright, her best songs are personal. Standout track "Bloody Mother F—king A—hole" is quite literally about her dad (think about it) and is a million times more melodic and tender than the title would suggest, recalling that other famous folk offspring Jeff Buckley. Her acerbic, sometimes vicious, lyrics are delivered in a smoky voice that's both powerful and fragile at the same time. Unfortunately, the high standard of that track is impossible to maintain, and the weaker tracks are saved from blandness only by that beautiful voice. *** — Daryl Grove

Before Pink Floyd, REM and Gershwin, there was Franz Schubert (1797-1828), a composer credited with establishing the standards by which good songs in all genres are judged today. In his short 31 years he wrote more than 600 songs. Love, sex, jealousy, and death are all central themes of the Schubert song cycle "Die Sch”ne M�llerin" or "The Beautiful Miller Girl." Each of the 20 songs on this CD is inspired directly from the poetry of Wilhelm M�ller, and tenor Ian Bostridge is a keen interpreter of them. Along with pianist Mitsuko Uchida, Bostridge tells the story of a young man frustrated with love and fascinated with death. The two perform beautifully as one — as should be expected with a Schubert piece, in which partnership between vocalist and pianist is more important than in opera, where the vocalist is the star. Uchida sets the scene for these songs with grace, and the attention to detail from both artists makes this CD well worth multiple listenings. ****— Chantal Panozzo

Josephine Foster "Hazel Eyes, I Will Lead You" (Locust Records)

Fans of new-school indie folk have been getting a steady diet of interesting artists like Devendra Banhart and Joanna Newsom. Now count Josephine Foster among them.

Formerly of Born Heller, Foster is a multi-instrumentalist who traffics in pastoral folk that recalls the British '60s heyday as well as turn-of-the-century music with new twists — from cosmic, flapper blues to haunting, psychedelic lullabies. Her widely expressive, opera-trained voice binds these minimally constructed tunes while showcasing an ethereal tremolo, intimating artists from Shirley Collins to Diamanda Galas.

Foster throws interesting sounds into the self-produced mix — playing all instruments herself, including guitars, harps and dulcimers, as well as more nontraditional elements such as wooden spoons, kazoo, sand blocks and a "box of wire ties." While her past efforts pushed the rock-opera envelope, Foster retreats here into a natural comfort zone — and for fans of introspective folk that's a little quirky, it's all good. *** — Brent Baldwin

It's possible you've never heard anything quite like the 25-year-old Congo troupe known as Konono No. 1 — a 12-piece band whose hypnotic dance music has been labeled "African punk." Actually it's better described as afro-beat trance mixed with free jazz, featuring a bubbling concoction of sinewy, distorted likembe (a thumb piano rigged with pickups) and percolating rhythms from several percussionists. But what really sets the troupe apart is that Konono builds its own sound from scratch using everything from pickups made from hammered bits of car starter-motors to amps powered by car batteries and even wooden microphones and jack plugs from copper wire and branches. The result is an electric mass of unbridled industrial joy that sounds organic: fast, chanted tunes with the sheer raw energy and sociopolitical commentary of punk. Released by members of The Ex, this live album captures a true grassroots group with a sincere passion for communal music-making — done creatively on the cheap. **** — B.B.