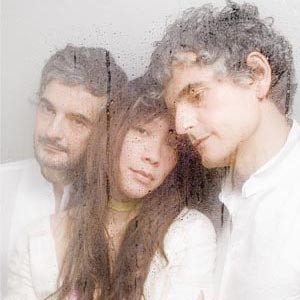 Blonde Redhead “Penny Sparkle” (4AD)
Kazu Makino and Italian twin brothers Amedeo and Simone Pace chart new territory with their first album in three years. The New-York based outfit enlisted the help of Swedish production duo Van Rivers and the Subliminal Kid, known for their work with electro-elite artists such as Massive Attack, and it couldn't be more profound. Untangled from the fuzz of shoe-gazing guitars, the trio is knee-deep in heavy synths and weighted, plasticized beats on this disc. Where Makino always seemed to be singing in her own world, she's now projecting outward, harnessing some newfangled confidence that's evident in her delivery. The production is slick, and a handful of songs sound like trip-hop throwbacks; others would be right at home on a soundtrack to the next big teenage vampire flick, which might be unsettling to those craving the band's signature sound. Albeit a curious transition, after eight albums you have to do something different and Blonde Redhead has definitely done so with these shiny new tracks. — Hilary Langford

DVD: “Louie Bluie” (Criterion Collection)
Director Terry Zwigoff (“Ghost World,” “Bad Santa”) crafted an all-time great documentary with his riveting “Crumb” about the underground cartoonist R. Crumb. But before that masterpiece was his less-heralded 1985 debut, the wonderfully lighthearted film, “Louie Bluie,” about memorable string musician Howard Armstrong. An avid collector of old jazz and blues records, Zwigoff tracked down Armstrong in Detroit and discovered he was still playing with one of the last black string groups. The resulting hour-long film is strung together mainly by rousing live musical moments between old friends, at turns elegant and gritty, but always charming.

Armstrong, the gifted storyteller (and similarly twisted cartoonist interested in pornographic imagery), talks mostly about his voracious appetite for women in old age, peppering tales with graphic observations such as on that a fiddler “couldn't play enough music to keep flies off a dog's dick.” Zwigoff has an uncanny gift at getting his subjects to open up on camera, but Armstrong, who recalls the madcap Screaming Jay Hawkins, has no problem talking a blue streak; he's hilariously flamboyant and his pure country blues feels like some personal salvation for a life equal parts preacher and pimp.
The editing deftly mixes scarce archival material with subtle, naturally telling character moments from these old musicians out of place in the modern world. Extras on the color-enhanced Criterion edition include 30 minutes of unused footage (more great music), stills, and worthwhile director commentary that only add to the warmth of this little gem. — Brent Baldwin 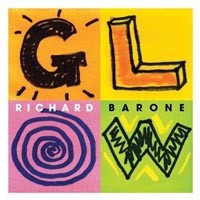 Richard Barone “Glow” (Bar/None)
Hoboken's the Bongos were college radio favorites during the early- to mid-'80s “jangle rock” era, and their lead man, Richard Barone, went on to record some memorable chamber pop as a solo artist. On the new “Glow,” Barone nods back to both of those eras of his career in crafting an impressive collection of left-of-center pop. Tony Visconti, who produced and played on classic records by T. Rex, David Bowie and Sparks twiddled the knobs on most of “Glow” and cowrote several of its tunes. And Paul “We've Only Just Begun” Williams contributed the lyrics to the torch ballad, “Silence Is Our Song,” which sounds like early-'70s Elton John (unfortunately, this is one of the least effective songs on the set). “Gravity's Pull” opens the proceedings by sweeping the listener into a heavenly wave of melody. Barone, who worked up a brilliant cover of T. Rex's “Mambo Sun” with the Bongos, gets playful in tackling “Girl” from the same T. Rex record. The centerpiece of the album is the eerie yet catchy “Candied Babes,” twisted pop that calls to mind a David Lynch soundtrack, and the string-heavy “Yet Another Midnight” has a dreamy feel and an irresistible vocal hook. Some of the songs work better than others, but overall this is a solid work that proves Barone still has the songwriting acumen and artistic edge that drove the Bongos a couple decades ago. — Brian Greene

Kip Williams, “Time”
With his distinctively trimmed goatee, drummer Kip Williams might be confused for the fifth musketeer. But the past few years he's been playing in some of the most interesting combinations of the most experienced jazz musicians in Richmond. None was more unusual than the oil-and-water pairing of pianist Steve Kessler and saxophonist James “Saxmo” Gates. The mercurial Kessler quickly sketches a series of surprising ideas and discards them just as fast while Gates works the groove, building layer upon layer of improvisation. (The solos in Herbie Hancock's “Maiden Voyage” are an object lesson in the contrasting approaches. Gates is straight-ahead and propulsive; Kessler picks up where he left off but quickly slides off into a series of fragmentary parallel excursions.)

The balance of the CD is enjoyable in its own right. Two cuts feature estimable saxophonist Skip Gailes (both with Kessler too) and there's another very appealing pianist on the record, Chad Gustafson. But the parts without the seldom-recorded Kessler are a bit like the parts of “The Dark Knight” when the Joker is off-screen — it's still a movie you would pay to see, but. … Throughout, Williams is propulsive, sharply focused and unfailingly supportive, and the three bassists — particularly the now-expatriate Matt Hall — are fine. The CD packaging is first-rate, and the sound (from In Your Ear studio) is pristine. The fragmentary, between-track duets with percussionist Kevin Davis could have been expanded into at least one longer song, but too little of a good thing is no great sin. — Peter McElhinney