Ironically, the admissions tax has been preventing the natural development of a downtown night-life scene that would put much more revenue into the city’s coffers. 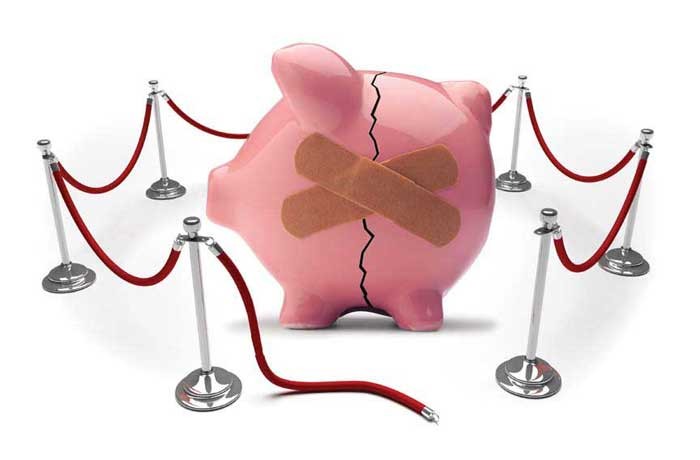 Richmond's peculiar hostility toward the entertainment industry is hardly new. The recent push to turn down the music's volume and discourage dancing — by requiring nightclubs to get licensed to allow it — actually follows a longstanding tradition in Virginia's capital city.

But before World War II, Richmond was widely known for the vibrancy of its entertainment scene. Richmond was an important stop for touring shows. Then, in the 1950s, an anti-progress social and political agenda weighed in.

The same sort who fought the court-ordered desegregation of public schools preferred private clubs to those open to the public. To keep everyone in their place, various measures making it more difficult to operate public entertainment venues were adopted.

Sadly, that trend continues. Old habits, together with the city's constant need for revenue, means we're still collecting an admissions tax on tickets. What started as a surcharge on movie tickets during World War II, to help with the war effort, was hijacked after the war ended and converted into a little revenue machine for the city.

Although most people don't know it, 7 percent of what they pay for a ticket to gain admission to an exhibition of any kind in Richmond actually goes to the tax collector. In the surrounding counties no such tax exists, which puts theaters and music halls located within the city limits at a competitive disadvantage. The operators of clubs offering live music can tell you plenty about the effect of this tax.

Ironically, the admissions tax has been preventing the natural development of a downtown night-life scene that surely would put much more revenue into the city's coffers than the $1.8 million the tax generated in fiscal 2011.

The admissions tax is part of reason why there were 37 years between the 2009 opening of Movieland, at Boulevard Square near Scott's Addition, and the Biograph Theatre, which opened on West Grace Street in 1972. Movieland, with 17 screens, is the last movie theater to open in the city.

On Feb. 11, the long-lost Biograph, which closed in 1987, will celebrate its 40th anniversary with a double-feature at what's now Virginia Commonwealth University's Grace Street Theater. To understand the effect the admissions tax has had on the entertainment options available in the city, it's important to understand what didn't happen — not just during the four decades between movie-house openings, and the films, the road shows and pop concerts that have skipped playing Richmond.

Here's how it works with movies:

Distributors and exhibitors agree on how to split the revenue that comes in at the box office. The percentage each might take can vary greatly, depending on the situation. To keep this simple, let's say the distributor of a new "Godzilla" movie agrees to an identical deal with two theaters. The Suburban Cinema in Chesterfield County and the Urban Theater in Richmond will open the picture on the same day; both theaters will pay the title's distributor 50 percent of the box-office take.

Unfortunately, the new "Godzilla" flops. It plays one week. Both exhibitors take in a paltry $2,000 each. So, according to terms, the distributor will get a check for $1,000 from the Suburban and a check for $930 from the Urban, which had to send the city's tax man $140. Of course, the Urban also will be subject to all the ordinary taxes and fees that businesses pay.

Next time the same distributor is likely to pick a movie theater in Henrico County as the second exhibitor for its product. It's just simple math.

The same problem plays out with live shows. If you have a month to book the Truly Reincarnated Elvis show into 15 venues, you'll consider several factors in choosing the best situations. In this region, one will stand out: If you rent a Charlottesville music hall, no admissions tax will come out of the gross take. This means if the same show grosses $1 million at both John Paul Jones Arena and the Richmond Coliseum, the promoter would leave Charlottesville with $70,000 more than it would from Richmond.

In Richmond that 7 percent difference, coming off the top of the gross, squeezes the risk-reward ratio too much for lots of touring acts. By the way, this call for change isn't connected to efforts to cut any other taxes. It's not about starving the government beast. It's about allowing Richmond's impresarios, artists and musicians to thrive without cumbersome tax burdens. Eliminate the tax, and you just might see Richmond turn into the arts and culture center that so many envision.

The admissions tax in Richmond isn't unique. Unlike Charlottesville, most cities in Virginia have such a tax, but other states have figured this out. There's no admissions tax in Nashville, Tenn., or Austin, Texas, two cities known for their great live music scenes. Last year's visit to Austin by a delegation of Richmond's leaders apparently didn't wise anybody up enough to see the light. What they should have learned on that trip is that cultivating a live music scene is good for business.

Alas, Richmond's clumsy efforts to revitalize its downtown using massive amounts of public funds have been going on for a good while, too. Anybody tired of that yet? In 2012 voters should turn up the volume, and call for City Council to abolish the admissions tax and stop stifling show business. S