The fall movie lineup is awash in retro sequels.

If it's anything like a Kevin Smith movie, Kevin Smith's "Jay and Silent Bob Reboot" (Oct. 15) might end up being the perfectly pandering capstone to a sequel-obsessed decade coming rapidly to a close.

The title seems to be a play on words where we can't be sure at first glance how it should be read — a reboot of the series, or of the characters, or of both? No, it's a commentary on sequels, or at least a type, the reboot, with Jay and Silent Bob protesting an attempt to make a reboot of their movie without them.

The only problem is that fall movies are awash in, not reboots, but retro sequels: ones like Smith's, created in the mold of the recent "Star Wars" movies, dusting off older actors to reprise roles and getting those nostalgia glands pumping with familiar sights and sounds.

Perhaps the most notorious of the upcoming season is "Terminator: Dark Fate" (Nov. 1), which brings Linda Hamilton and Arnold Schwarzenegger back to take on what seems from the trailer like a best-of compilation of the franchise's favorite moments. How many times will the awesome Skynet create and send an unstoppable killing machine back to our modern era before it realizes it might be a lot easier to do something about John Conner by wreaking havoc in the Stone Age, or before our ape ancestors evolved?

Another notable: "Zombieland: Double Tap" (Oct. 18), which seems like a walking no-brainer in just so many ways, especially with Woody Harrelson a relatively spry 58 (Arnie is 72). Bet you can't wait until they wheel him out for "Sextuple Tap," my working title for the 2032 finale.

"Downton Abbey" (Sept. 20) might be the most perplexing. The smash TV show fizzled a little down the stretch, with actors bailing early and the show struggling to regain solid narrative footing. However, it was a hit and someone looked at the dearth of non-macho movies and decided we need a big-screen coda on the Granthams, complete with newly minted Maggie Smith one-liners.

Most fall sequels go the other direction, however, especially "Joker" (Oct. 4), which delves into the origin of Batman's cackling arch-nemesis (Joaquin Phoenix). The trailer is awesomely original looking, with Gotham browned out in a wretchedly depressing palette, further muted by the point of view a very disturbed person — the Joker, not the director, Todd Phillips, creator of "The Hangover" franchise.

"It: Chapter 2" (Sept. 4) is more straightforward. It was one novel, but fans must pay for two movies. And they will, to see the members of the Losers' Club, including Bill Hader, all grown up with Pennywise lurking. 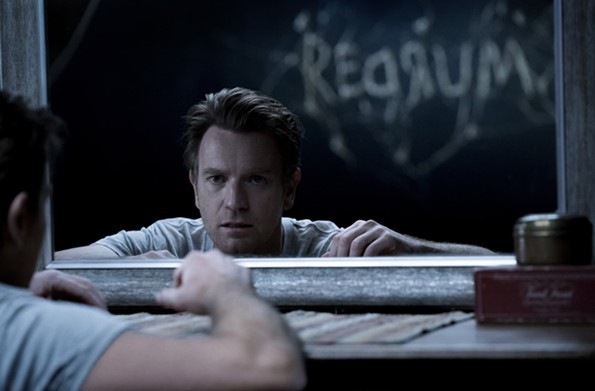 Now, for one that really twists itself into a sequel maze: "Doctor Sleep" (Nov. 8), an adaptation of Stephen King's follow-up to "The Shining." Most intriguing of the bunch? Definitely the most difficult to gauge.

King reputedly hated Stanley Kubrick's adaptation of the original novel. But from the look of the trailer, that adaptation is invoked quite often in the new film, based on King's acclaimed 2013 book. Haunted by Kubrick no more, King enlists director Mike Flanagan, a trusted adaptor of his novel "Gerald's Game," to helm the story of grown-up Danny (Ewan McGregor), still beset by disturbing visions many decades later.

Adaptations make great runners-up to sequels and reboots and sequels about reboots.

One is "The Goldfinch" (Sept. 13), an adaptation of Donna Tartt's Pulitzer Prize-winning novel about a man whose mother was killed in a Metropolitan Museum of Art bombing. It receives prestige treatment by "Brooklyn" director John Crowley, aided by "Blade Runner 2049" cinematographer Roger Deakins and supporting actors Nicole Kidman and Jeffrey Wright.

Of the completely original movies this fall, two of the most enticing are "The Lighthouse" (Oct. 18) and "Harriet" (Nov. 1). The former, shot on black and white 35 mm film by "The Witch" director Robert Eggers, shines on two lighthouse watchmen (Robert Pattinson and Willem Dafoe) during dark and stormy nights at their remote and creepy post. The latter, filmed around Central Virginia, tracks the heroine of the Underground Railroad, Harriet Tubman, chronicling her escape from slavery and return trips to free others.

Some of the more unusual films to watch out for: "Jojo Rabbit" (Oct. 18) from "Thor: Ragnarok" director Taika Waititi; "Zeroville" (Sept. 20) another once upon a time in 1970s Hollywood story, this time from James Franco; and the competing science-y star treks "Ad Astra" (Sept. 20) and "Lucy in the Sky" (Oct. 4) starring Brad Pitt and Natalie Portman, respectively.

Perhaps a sign of things to come: Several major fall films do not have release dates yet, and may never see wide distribution since they are properties of major streaming platforms.

Netflix is being especially stingy, promising Steven Soderbergh's "The Laundromat," Noah Baumbach's "Marriage Story," and Martin Scorsese's "The Irishman" to fall festivals, but withholding information on national release dates, at least as of this writing.

Netflix and Amazon have announced release dates for at least two films: the Soderbergh-produced post-9/11 thriller "The Report," about the cover up of torture by the CIA (Amazon, Nov. 15) and the highly anticipated "El Camino: a Breaking Bad Movie" from "Breaking Bad" creator Vince Gilligan (Netflix, Oct. 11).