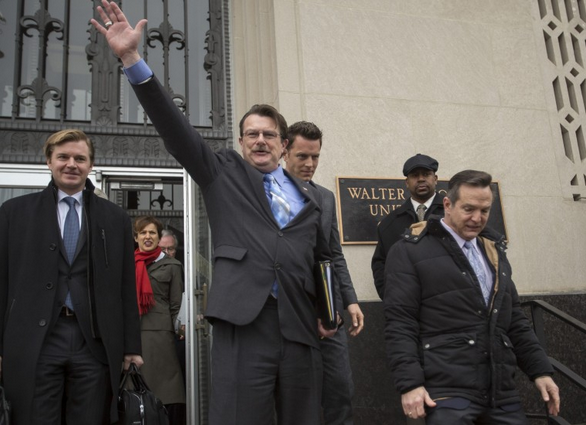 U.S. District Court Judge Arenda Wright Allen declared: “Our Constitution declares that ‘all men’ are created equal. Surely this means all of us.”

The 41-page decision, issued on the eve of Valentine’s Day from Norfolk’s U.S. District Court for Eastern Virginia, is stayed pending a challenge to Richmond’s U.S. Court of Appeals. The Commonwealth can’t begin issuing marriage licenses until that hurdle is cleared.

Equality Virginia Executive Director James Parrish, who had expected the decision to pave the way for marriage equality this year, called yesterday “an historic day in Virginia” in a press release.

“By sharing our personal stories and changing hearts and minds, Equality Virginia has been working toward marriage equality in the Commonwealth of Virginia for many years,” he said. “The ruling finally puts Virginia on the path toward allowing lesbian and gay couples to marry the person they love here in the place they call home.”

Voters approved the ban by a 57 percent margin in 2006, but public opinion has rapidly shifted. In a Hampton University poll of 803 likely voters released just before the decision, 46 percent wanted to keep the ban, while 45 percent favored it being overturned and nine percent were unsure.

Attorney General Mark Herring stated late last month the Commonwealth would not defend the ban in court. Attorneys for court clerks from Norfolk and Prince William County defended the ban in oral arguments last week, and will have the option of appealing.