by Robyn Sidersky and Matthew Korfhage 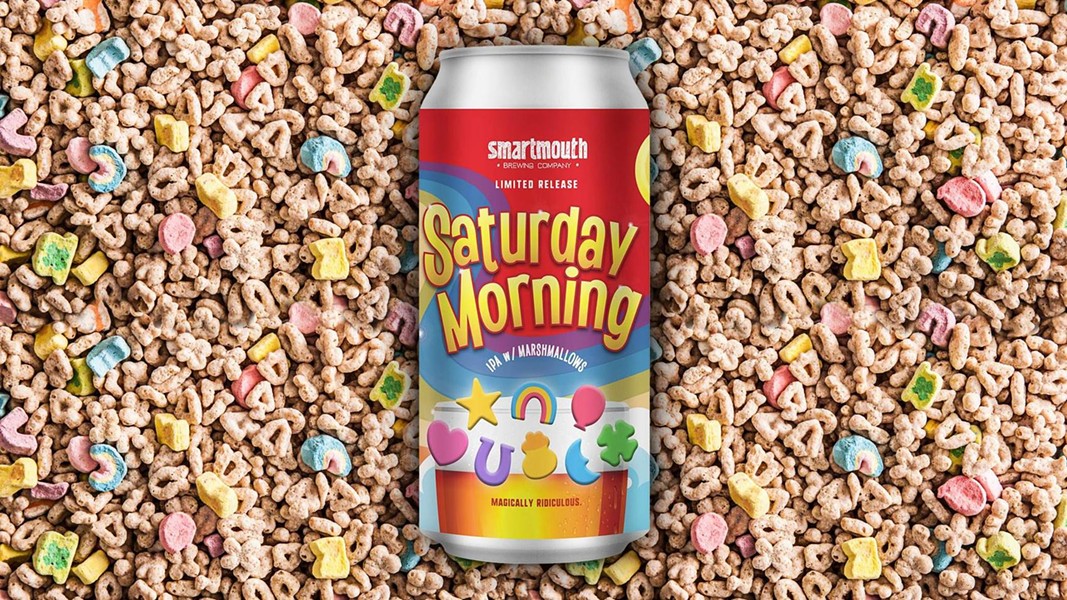 A Norfolk beer themed for Lucky Charms is apparently setting the Twitterverse on fire.

Smartmouth Brewing's cereal-inspired IPA, "Saturday Morning," is made with both toasted marshmallows and bulk dehydrated marshmallow bits, much like the ones used in your bowl of sugary cereal.

This apparently was enough to blow the collective hive mind.

People Magazine, Fox News and USA Today, among other national outlets and a host of food blogs, have all written breathlessly about the "Lucky Charms" beer.

"Who's down to road trip to Virginia??" wrote Delish, another.

Indeed, the can Smartmouth Brewing Co. designed does look like the cereal's familiar red box. It has the rainbow, yellow letters and fun marshmallow shapes.

The problem, according to Smartmouth's owners: The beer doesn't actually contain Lucky Charms. Through a game of headline telephone, multiple outlets have reported that it is flavored like the cereal. But it's not, according to the brewers.

"It actually doesn’t have lucky charms in it at all," said brewery founder Chris Neikirk, in an email. "It is an IPA made with marshmallows! People Mag headline is a bit misleading and it’s been reposted so many times."

Though the brewers insist the final beer will not taste like Lucky Charms, their marketing copy might lead some to believe otherwise. "It has a soft pillowy body with a slight cereal taste. The result is magically ridiculous!" reads Smartmouth's Facebook page.

Marshmallow beers are not uncommon. Local brewers Benchtop and Commonwealth have made them before. And this isn't even Smartmouth's first marshmallow beer: That was a collaboration with Benchtop called EZ-E and the Sunshine Kid in June 2018.

But no matter. Orders have been pouring in from around the country for Smartmouth's "Saturday Morning" beer, says Neikirk. It will not, however, be distributed outside Virginia.

The beer releases Saturday at noon at the Norfolk tasting room at 1309 Raleigh Ave. on draft and in cans and is "extremely limited." Festivities are planned for the release, including a Cosplay contest, encouraging guests to dress as their favorite Saturday morning cartoon or superhero, plus board games, food trucks and a retro game tournament with Super Smash Bros.

In the meantime, the Neikirks are bewildered by all the attention.

"We are not the first brewery to use marshmallows — kinda funny we are getting the hype."