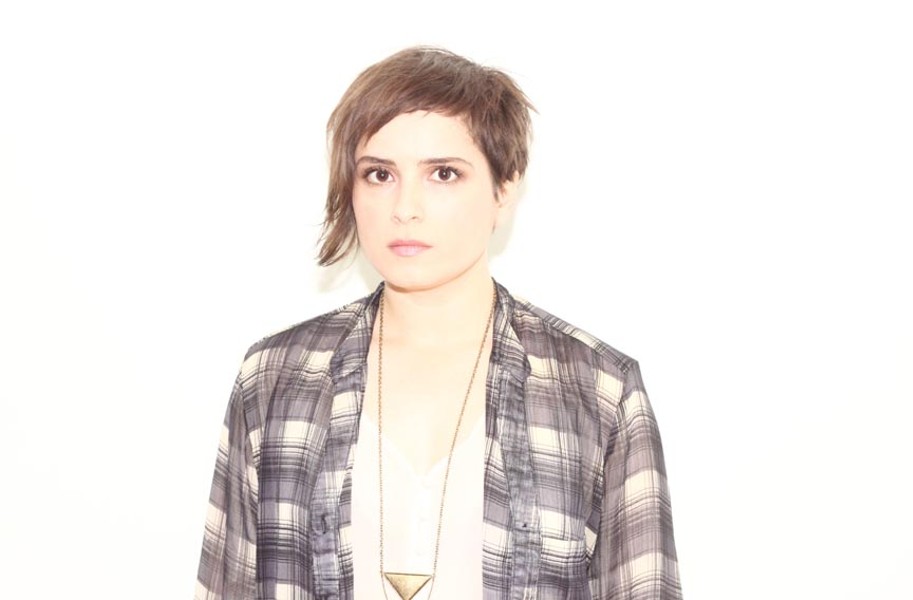 In May, local musician Anousheh Khalili took the next step of a musical career that began with a flash of international electronic dance music fame in 2006.

After weeks of careful thought and research, Khalili pressed “publish” on a Kickstarter page, aiming to crowd-fund the entire recording process, production, promotion and distribution of her next album, which at the time was untitled.

She was admittedly nervous about grabbing the reins.

“It’s about me finally fulfilling the promises, to myself even, that I’m going to do this for real,” she says. “I’m going to commit to the art.”

Though she released an EP of indie-rock tracks in 2012 , “The Trouble I Find,” the new effort marked her first full album since 2005’s “Let the Ground Know Who’s Standing on Him,” via Triple Stamp Records.

Since the EP promotion ended, she’s been working full-time at Need Supply Co. and itching to reignite that creative spark. The new album’s inspiration began with an email from her friend and local music producer Josh Quarles, who attached an electronic-infused remix of the title track from her most recent EP.

She was taken aback. “I felt really connected to it. I was really inspired by it,” she recalls. “So I dragged him to dinner and said, ‘Let’s do a whole album like this.’”

Khalili immediately began writing material that built upon the musical themes for which Quarles had laid the groundwork.

“I’d been looking to do something more electronic-oriented,” Quarles says. “It was a slightly new direction, which inspired both her and me.”

The songs are full of the big, layered electronic sounds that have come to define the latest wave of indie pop. Lyrically, they speak to exploring confidence, artistic limitation and how artists often take themselves too seriously, often out of necessity. More than anything, Khalili says, “Make Noise” is about an inability to remain silent.

The first single, “Hold You,” punctuates that anthem in both its lyrical content and grandiose chorus — she isn’t going to restrain herself from pursuing her desires. “I don’t want to be quiet all the time about things that I shouldn’t be,” she says.

Once most of the new tracks were written, Khalili established the incentives to drive support for her Kickstarter campaign, which along with digital and physical copies of the album included handwritten thank-you notes, Skype-enabled personal mini-sets, and even private house performances.

“I was wildly overwhelmed at how fast I raised the money and how generous everyone was,” she says, adding that she understood that it was imperative to deliver a musical effort worthy of such kindness. “But it was stressful in its own way.”

She’s finished the album, titled “Make Noise,” and has closed in on delivering the promises of the campaign. She’s especially eager to give back to all of the friends, family, collaborators and complete strangers that supported her, she says: “When anybody gives you anything, out of the goodness of their heart, it’s so much more of a connected experience.”

Rewards will fill mailboxes of donors in the coming weeks, and Khalili and her band will be knocking on a few doors of especially generous ones soon. “I have a house show scheduled already in Virginia Beach,” she says. “It’s on!”

In Richmond, Khalili will take the stage at the Broadberry on Feb. 11 with bandmates Troy Gatrell, Tyler Crowley and Willis Thompson to share the new material.

The performance marks the end of what Khalili describes as the “crazy relationship” she had with her music during the record’s production, as well as a period of craziness in her life outside of that music.

In October, a gunman attempting to rob her brother Jonny shot him in the neck while he sat on his front porch with friends. Khalili dropped everything to be in the hospital with him and started another successful crowd-funding campaign to help relieve his impending financial burden.

“When family calls, everybody has to rally,” Khalili says. “It could have been anyone. There was just no reason.” Her brother has made a full recovery. S

Anousheh Khalili holds her album release party at the Broadberry on Feb. 11, at 8 p.m., with My Darling Fury and Lucy Dacus also on the bill. Tickets cost $8 in advance and $10 at the door.