No Piersol, No Peace

After the Firehouse Theatre’s Carol Piersol is ousted, the calls for her return grow louder. 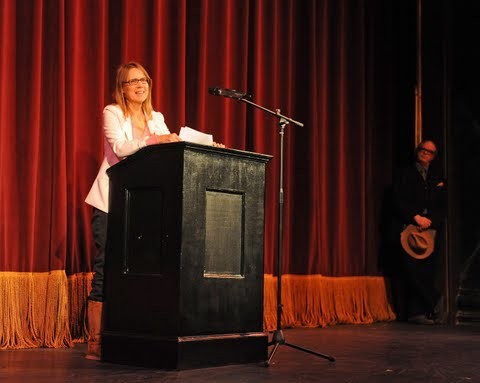 After a tumultuous week, a crowd of about 250 supporters cheered for Peirsol’s return. On Dec. 12, the board of directors of the Firehouse Theatre voted to force Piersol’s resignation. Citing management issues and a desire to build the Firehouse into a “tier one” organization, Kay Holmes, president of the 15-member board, told Style earlier this week that the vote was unanimous, with one member abstaining.

But after a week of backlash from the theater community, the board is attempting to reach out to Piersol to salvage the relationship, Holmes says.

At the November Theatre Saturday, Piersol says she’s interested in returning to the Firehouse, which she co-founded 19 years ago.

"I would like nothing more than to return to my position as artistic director of the Firehouse Theatre Project. My work is far from over,” Piersol tells the crowd. “But in order to do so, the current board of directors would have to be dissolved and a new board formed.”

Former board members and actors at the rally say they’re planning to cut ties with the Firehouse if Piersol isn’t reinstated. Piersol, meanwhile, says she’s heard from some Firehouse donors who may pull their funding support.

Bruce Miller, artistic director of the Virginia Repertory Theatre, says Piersol’s ouster was an affront to the entire theater community.

“I think there is a strong sense that something inappropriate and improper was done. Not just to one person, but to all of us and to our community -- something disrespectful, something discourteous,” Miller says, asking the crowd to show their support for Piersol with applause. They do.

“Then let’s call it unanimous!” he says. “The theater community has voted and it is unanimous!”

For more photos of the rally, visit Style's Facebook page.