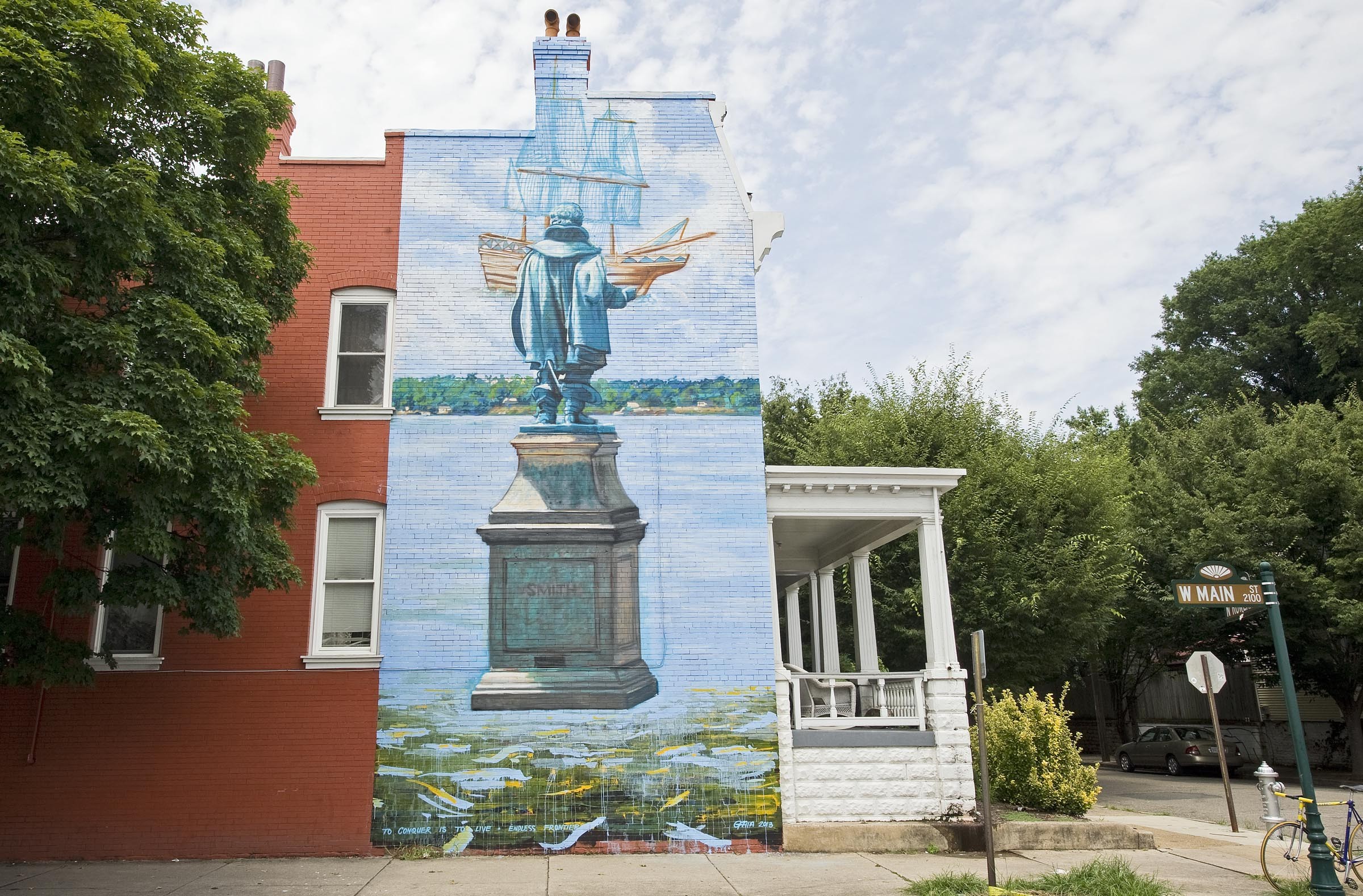 New murals by international artists are beautifying walls across the city, but a minor flap over one of them raises the question: Is Richmond ready for provocative public art, or is it best to stick with pretty pictures?

The larger-than-life, colorful artwork is part of the second annual Richmond Mural Project, a five-year initiative to produce 100 murals on local buildings, raise exposure for the art form — and, if the organizer can help it, stick to inoffensive territory.

Shane Pomajambo, director of the Washington-based Art Whino gallery, is the primary funder and curator of the project. He seeks uncontroversial subject matter and artists, he says: “I do not want political views or religious views. I want them to be family friendly and broad-ranging.”

Last week those plans were challenged by the mural at Rowland and Main streets, which shows Capt. John Smith facing the James River and holding a model of a ship. The words below read: “To Conquer is to Live” — the title of a 2001 biography of the explorer.

“With all the stuff going on in this country in the past few weeks, we don’t need to be using that inflammatory word,” Williams says. “This mural was not racist. It may be offensive to somebody, but it is not racist.”

The anarchists have since taken down their posting, but Mo Karn, a representative for the Wingnuts, says in a statement to Style Weekly that their response was based “on the lack of critique of colonialism, genocide and racism obvious in the mural or the article written about it.” They said future street art and murals should be “painted by local artists and represent people of color and indigenous struggles.”

Pomajambo says his muralists must clear the images with the building owners. He also asks each owner about the history of the building and surrounding community, as well as about what they like about the community.

Style couldn’t reach Gaia by press time, but Pomajambo says the artist’s concept for the John Smith mural related to “an endless frontier … that is always moving and can never be conquered.” It looked at colonialism “subtly and in multiple ways,” he says.

The final murals are scheduled to be completed this week. The project is partially funded by Altria and Venture Richmond, each of which donated $15,000, according to Venture Richmond. The city of Richmond also kicked in $15,000, a spokesman says. Pomajambo says the donors imposed no stipulations on mural content.