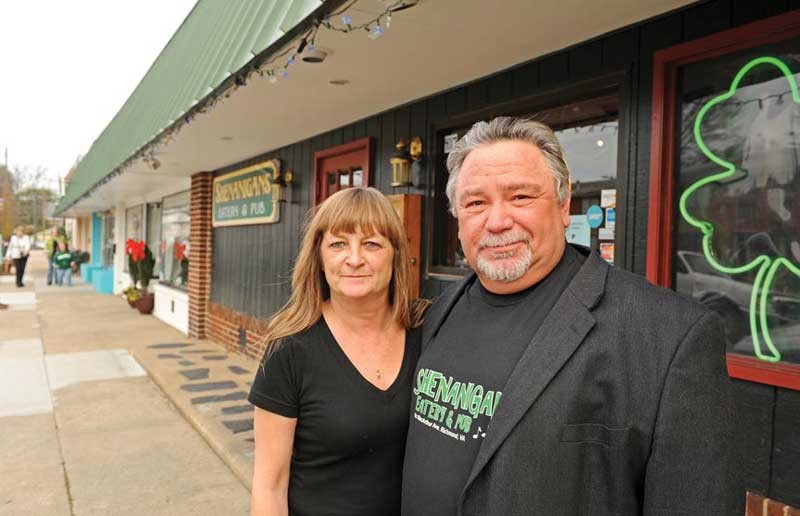 A Masonic lodge. A hole-in-the-wall diner. A boutique beer and wine retailer. These are just a few of the businesses that dot Bellevue’s eclectic MacArthur Street, a small strip of retail tucked into a cozy bedroom district in north Richmond.

At month’s end, however, neighborhood residents will have one less place to hoist a glass. Local favorite Shenanigans Eatery and Pub will serve its last brew Dec. 30. Operator Allen Davis says that after 12 years, his landlord has informed that the restaurant-cum-music venue’s lease would not be renewed. “It’s like a tornado hit my life,” he says.

Reached by phone, building owner George Xyderis says that “both parties decided not to renew the lease.” As for what will become of Shenanigans, Xyderis says he expects that somebody will be interested in renting the space, but he declines to comment on the long-term future of the property.

Davis, however, says the move was hardly mutual. “He said he wanted it for his son,” Davis says. “He didn’t say what for.” Upset fans of Shenanigans say the bar will be replaced by a Greek restaurant, though the news has not softened the blow of losing the neighborhood honky-tonk.

Based on its name, you might not expect Shenanigans to have carved out a niche as a showcase for bluegrass, folk and blues. But it has, says Dave Hulburt, a Shenanigans regular and resident of the Bellevue neighborhood. “There’s no place in Richmond like it,” he says. “It’s a neighborhood place. Everybody is your friend. It’s like Cheers, only you can walk in and [hear] some of the best music in the country.”

Davis says he’s hoping to move the business, though he’s not yet found a place. But can a restaurant that depends on support from neighborhood residents switch locations and still be successful? “We certainly feel like Shenanigans is, not just a North Side institution, but a Richmond institution,” Davis says. “We’re going to do what we can to keep it alive.”