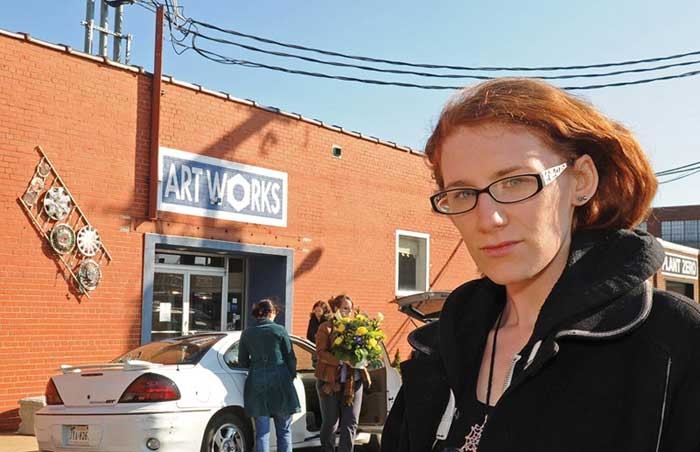 Update Jan. 19: Fountainhead Properties and Central Parking are waiving parking fees for the Fourth Friday aart exhibitions this month. The lot will be free Friday, Jan 27 from 5 p.m. to 11 p.m. for visitors to Plant Zero, Artspace and Art Works.

The developer who transformed Manchester and the artists who colonized it are butting heads over a very Richmond concern: parking.

Starting Jan. 16, Central Parking was set to begin charging $9 per day, or $6 on evenings and weekends, to park in the lot at E. Fourth and Hull streets. The lot's used by the hundreds of artists who rent studio space at nearby Art Works and Plant Zero. On Fourth Fridays, during the monthly art-exhibition and open house event, gallerygoers fill every space.

The lot belongs to Fountainhead Properties, a development company that owns Plant Zero and many other repurposed industrial buildings in Manchester. Fountainhead co-owner and president Tom Papa says he knew charging for parking would be unpopular, but he had no choice.

"What we're trying to do is pay for some of our expenses," he says. Fountainhead pays $7,000 per year for taxes and stormwater runoff fees, Papa says, plus around $600 per month to illuminate the lot.

Moreover, Papa says, Fountainhead had no control over who used the lot. One man used to keep nine vans parked there. "Everybody here is either an artist or a nonprofit," he says, but somebody must pay. "If somebody can come up with a better way, I'm all ears."

Glenda Kotchish, co-owner of Art Works, says free parking for five years was part of the agreement when Art Works bought its building from Fountainhead in 2003; since 2008, Art Works has paid the company a monthly fee to use the lot.

The new rate may not seem like a lot. But Art Works charges artists only $6 per day, on average, to lease a studio space, Kotchish says: "So we can't cover it. We can't take that on." She's also worried that the parking fees will discourage people from attending Fourth Fridays and holding other events, such as wedding receptions, which help ArtWorks pay its bills.

They're trying to figure out what to do, perhaps paying for a small number of $60 monthly passes that her 100 or so artist tenants could share. "We will overcome," she says. "We always do."

"If you don't want to pay, park on the street," Papa suggests. Fountainhead worked with the city for years to allow parking on Hull Street, he says, and there are abundant spaces. Plus, some free lot spaces are reserved for Plant Zero. "We should be so fortunate as to have a parking problem over here," he says.

Tracy Herman, an artist who leases a studio at Art Works, says many artists come to work late at night, and walking down Manchester's dark streets isn't safe. She's upset about the pay lot, but says, "if I have to park there, I'll have to park there."