A series of Dirty Talks at the Broad offers education on sex and sexuality. 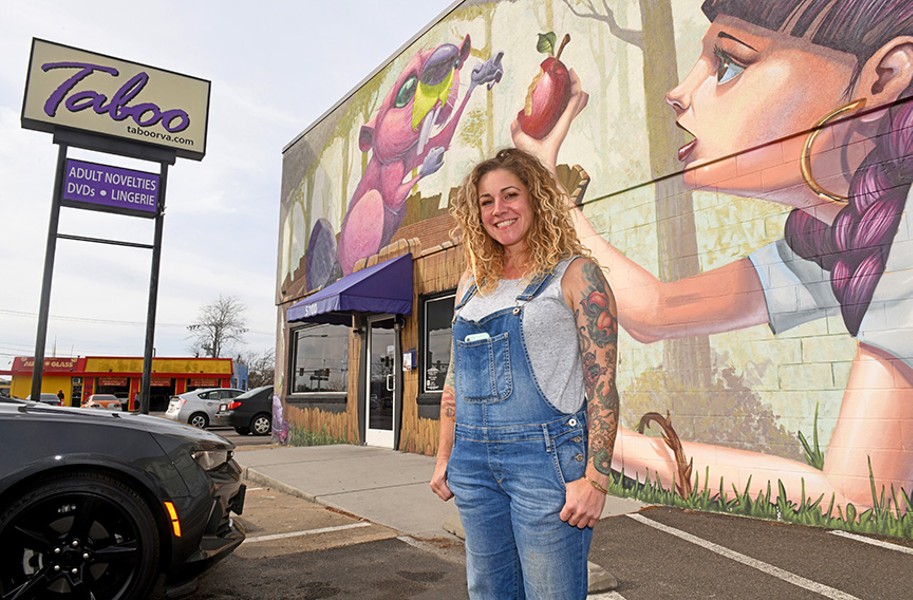 Scott Elmquist Alison Miller, the owner of the Taboo shops, says that one of her most popular Dirty Talk seminars involved the topic of open, non-monogamous relationships.

A year and a half ago when Alison Miller was first approached to lead a series on sex and sexuality at the Broad, a co-working space for women, she wasn’t sure Richmond was ready. As the owner of Taboo, a local chain of shops that believes everyone deserves a fantastic and fulfilling sex life, Miller was ready to lead the conversation. But would anyone attend?

Since the summer of 2018, Miller has held six of her signature Dirty Talks, each of which sold out. Customers at Taboo often ask her for guidance, but a tête-à-tête conversation in one of her shops is a distinctly different dynamic than engaging with a crowd. No matter the size of the audience, Miller relishes the chance to give people the knowledge, confidence and safe space they need to explore.

“I really enjoy the opportunity to help people be open and share positivity so they can put all their good slut energy out there,” Miller says. “A lot of the things people may think are weird or wrong are incredibly common and normal. Since I feel comfortable talking about these tricky topics, it feels like my duty to do these talks.”

Sex positivity wasn’t always Miller’s planned career path. She graduated from Virginia Commonwealth University with a degree in fashion merchandising and worked in retail to pay the bills. While a sales associate at Taboo she began to see the potential, so when its previous owner decided to shutter the shop in 2002, Miller swooped in and bought her out, remaining merchandise and all.

Miller shifted Taboo’s assorted offerings away from lots of lingerie and a tiny toy section to focus more on the fun and fantasy of sex. With trendier merchandise and a more inclusive array of toys, business boomed. Over the years she has expanded her flagship store on Broad Street twice, to the point where that location is now three times bigger.

Due to the region’s prudish zoning, it took Miller seven years to find a location for her second site, a storefront along Midlothian Turnpike. The location is hard to miss: a cheeky mural of a woman feeding a beaver a juicy red apple covers the front. As soon as the former Prime Video on Patterson Avenue went out of business, Miller snapped up that location with the rare zoning she requires and opened her third shop within the same year.

After Colonial Heights rejected the necessary permits for a planned fourth store, Miller chose to view that defeat as a sign: “Today I’m glad I have just three stores because, if I had a fourth location, right now I would be so busy running all of those shops that I wouldn’t be able to do the work of connecting with the community.”

“I’ve done a lot of Sex Toy 101 and more explanatory topics, but the most pressing conversations are around relationships,” Miller explains. “Nonmonogamy is one of the most important subjects we’ve covered because it can be so hard for people to discuss on their own. … So many people are interested in it, yet they don’t think it’s right for them.”

Attendees to Miller’s nonmonogamy talk quickly learned that her sessions couldn’t be further from the blind leading the blind: She and her boyfriend have been happily nonmonogamous for years and intimately understand the challenges and benefits an open relationship presents.

After each of her talks she says at least one attendee has reached out to say they had a wonderful time and were still thinking about the discussion. For Miller, helping to liberate even one person from shame around sexuality makes it all worthwhile.

“It’s limitless what you can do sexually and who you can do it with as well,” Miller says. “I want people to understand anything is a possibility, and all of it is completely OK. There is so much pleasure to be had out in this world.”