"Not in my backyard" is the predictable response to plans for uranium mines, tire dumps or supermax prisons. 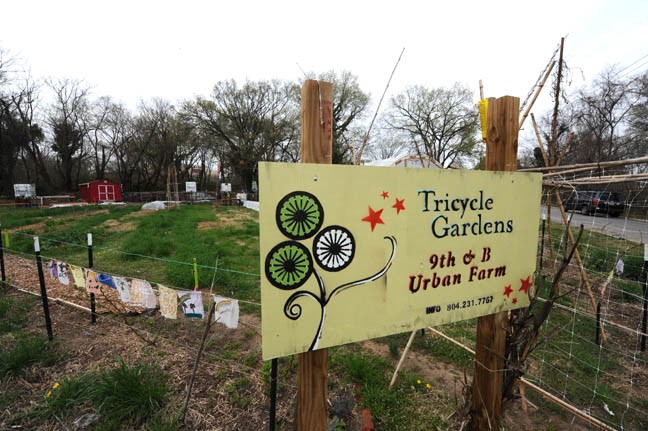 Nope, don't want them either. That's what some Richmonders told their council members in the fall, after Mayor Dwight Jones proposed allowing certain unused plots of city land to be used as community gardens.

Jones withdrew his garden proposal in December. "There were just so many questions, we felt it would be better to pull it and begin a general education campaign," says Jones' deputy chief administrative officer, Carolyn Graham.

City staff have been trying to reach out to concerned residents to reassure them that, for instance, "you wouldn't just have stray individuals showing up in your neighborhood," Graham says. To use a plot, gardeners would have to join a group, apply for a permit, notify the neighbors, get liability insurance and sign a waiver.

And gardening won't be mandatory, she explains: "You don't have to do it."

The 32 plots, chosen from 300 available parcels because of their clean soil tests and sunny locations, are scattered all over the city. Some are triangles bounded by streets, some are roadside strips, and some are ordinary vacant lots.

Graham isn't sure where the resistance to the proposed gardens came from. Richmonders seem to think community gardens aren't normal, she says. But in other cities, such as Washington, they're a common sight. "And it's absolutely beautiful," Graham says.

After visiting various neighborhood groups, Graham says she's seen people warm to the idea. The garden ordinance goes back to City Council for consideration Mar. 28. If council approves it, Graham says, the city intends to push the garden-permit process as fast as possible.

Just in time for tomatoes. —M.S.S.