Richmond may have an acclaimed dining scene, but it suffers the same toxic workplace issues as the big cities. 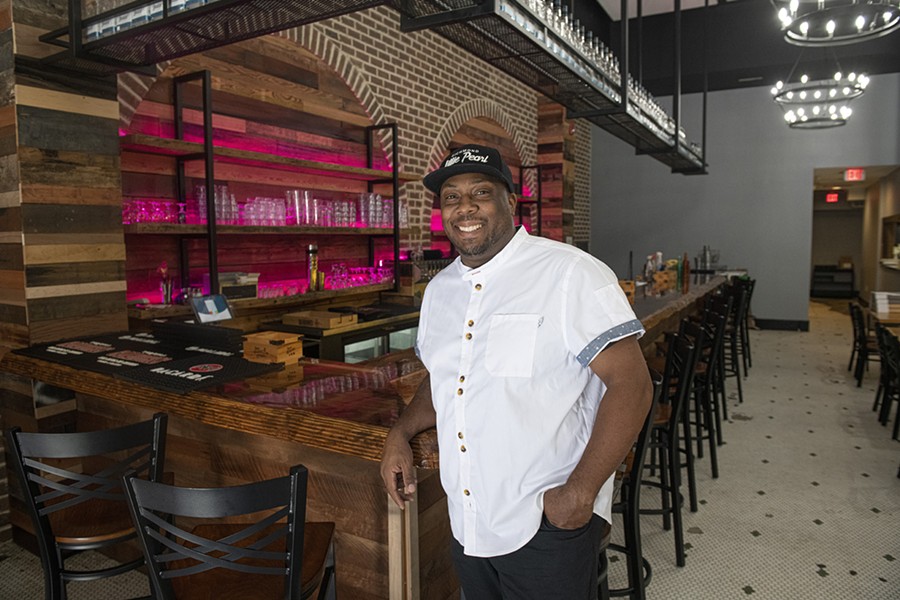 Scott Elmquist Mike Lindsey, chef and owner of Lindsey Food Group, which operates Lillie Pearl and Buttermilk and Honey, says he's working to change the culture of his restaurants to be more supportive of employees.

The cheesecake flew across the room and splattered all over Mike Lindsey’s apron. Lindsey, then a 21-year-old line cook in North Carolina, had plated the dish to the dissatisfaction of the head chef, who hurled the offending dessert back at him.

His boss’ reaction may sound extreme, but Lindsey was never really fazed by anything he faced in professional kitchens. As a former college football player, he was used to the locker-room talk, the push-yourself-to-the-brink mentality, the drill sergeant-like barking.

Greater attention has recently been given to the harsh realities of restaurant work, thanks to the FX drama “The Bear.” The show, about a Chi-town beef shop in financial ruin and the ambitious, young chef determined to save it, captures the chaos of working in a restaurant, the pressure and trauma employees endure, and the unhealthy, self-destructive behaviors that sometimes manifest as a result.

Workers reluctant to speak out

Richmond, as a small city, has garnered considerable press for its acclaimed chefs and restaurants. What hasn’t been so well documented, insiders say, is the fact that, even though it feels far removed from the hubbub of major food cities like New York and Chicago, it suffers from many of the same problems.

Believe it or not, this toxic culture “runs deep” in Richmond, says Lindsey, now chef and owner of Lindsey Food Group, which operates a handful of restaurants in the area, including Lillie Pearl and Buttermilk and Honey.

You’d think that in a smaller city like ours, there’d be more accountability within the restaurant community. Quite the opposite. People are largely reluctant to speak out about the negative things they’ve experienced working here because of how small the community is, in fear that they’ll be blacklisted from it.

Several current and former employees were willing to come forward about their time in the Richmond restaurant industry, but asked that their names not be disclosed. “It’s scary,” says one veteran chef who’s worked in Richmond for over two decades. Certain folks “wield a lot of power in this city, and they can make your already miserable life even more miserable.”

Young restaurant workers are often thrown into dysfunctional, high-stress environments where they are grossly undervalued, demeaned, and overworked. The people who shared their stories with me say that, at various points, they have been screamed at, bullied, and even viciously hazed by their colleagues.

One individual who began in his early 20s says that at his first serious cooking gig, he worked more than 80 hours a week, while making only $1,500 a month. “Exploitation” is the only word he can find to describe it. Upon confronting the restaurant owner about the terms of his employment, he recalls being told “everyone is replaceable.” The individual dealt with the situation, as many in the industry do, by drinking – usually until he blacked out at 3 or 4 a.m.

It’s no secret that a lot of restaurant workers self-medicate. In fact, they have the highest incidence of alcoholism and the third-highest rate of drug abuse among all professions. Yet, the veteran chef I interviewed says that in his experience, little is ever done about it. At one point, after becoming so stressed out at work that he considered suicide, he says, he sought help from the restaurant owner, who seemed unconcerned. The owner did, however, insist on knowing if the chef would keep showing up for work.

"The central character on 'The Bear,' chef Carmy, is really both a victim and perpetrator. Yet somehow discussions about the show have gone back and forth on whether to label him the story’s 'hero' or 'antihero.' Why not resist casting his character in these terms and instead, see him for what he actually is – a participant in what so many feel is a profoundly broken system?" tweet this

Given that more power positions in the industry are filled by men, it should come as no surprise that women frequently bear the brunt of this toxicity. Every so often it becomes news, like in 2018 when Richmond and D.C.-area celebrity chef Mike Isabella was accused of sexual harassment. But every female restaurant worker I spoke with has personally experienced unchecked sexism and misogyny – from sexual assault jokes by coworkers to inappropriate groping by customers.

A former restaurant manager told me that she had a chef once say that her impending motherhood was not compatible with being a good employee. After she complained about it, ownership sidelined her.

A longtime front-of-house employee told me another story about a chef flying into an alcohol-induced rage and hitting her. She says the chef later cornered and berated her for not just saying “Yes, chef” as she was supposed to. According to her, the chef was never punished for the incident; instead, the owners reduced the employee’s hours before eventually letting her go.

Many acknowledge that they have been complicit, to some degree, in perpetuating this culture. “I’ve had plenty of toxic traits,” the veteran chef admits. “I’ve yelled and screamed at people. I’ve thrown things at people. I’ve literally thrown people out back doors of restaurants. I’m not innocent in this.”

It doesn’t help that the media tends to treat chefs like rock stars. The central character on “The Bear,” chef Carmy, is really both a victim and perpetrator. Yet somehow discussions about the show have gone back and forth on whether to label him the story’s “hero” or “antihero.” Why not resist casting his character in these terms and instead, see him for what he actually is – a participant in what so many feel is a profoundly broken system?

The industry people I’ve spoken to seem more interested in systemic change than in labeling, or even canceling, specific individuals. That sort of change, they insist, will take open and honest conversations about reframing and reshaping the industry.

Your typical office job has a buttoned-up workplace culture, as well as an established human resources department, both of which help prevent the kind of breakdown that can happen in restaurants. Changing the industry requires restaurants to take a long-term view – one that sacrifices a bit of profit upfront for a nurturing environment that creates a stronger and healthier workforce.

“Restaurant owners are used to a certain level of profit,” says the veteran chef. “But wouldn’t you rather take some of that profit and pay the right people, get a good crew, a healthy crew, build a culture, and be able to present a fully-realized product or vision?”

This may be easier said than done. As it stands, the average restaurant operates under razor-thin profit margins of 10% or less.

Very recently, Lindsey decided to change the culture at his Richmond-area restaurants, after one of his trusted associates, Gerald King, confronted him about his demeanor in the kitchen. “A lot of people think that you’re mean,” King said.

It was an “awakening,” confesses Lindsey who embarked on a period of self-reflection and meditation. “I’ve got to figure out a way to be better,” he told himself. “And I’ve got to hold myself to that.”

Lindsey is committed to creating a more structured and supportive working environment for his employees – where they’re mentored and developed professionally, paid livable wages, able to work reasonable hours, given sick days and vacation time, protected by zero-tolerance policies on sexual harassment of any kind, and made to “feel invested and respected and know that they’re valued.”

King, who oversees all of Lindsey’s kitchens, assures me that his boss’ commitment is real. The work that Lindsey has undertaken to change himself and the overall culture of his restaurants has already made a “big difference,” one that King and other employees can appreciate. What’s more is that Lindsey holds himself accountable for these changes in ways that, King says, shows how committed he truly is to improving the lives of everyone around him.

“I want my kids to carry on this legacy,” says Lindsey. “I don’t want them to look at it as something that sucks the life out of you. I want them to understand that … if you love this and you’re passionate about it, there’s a way for you to be happy as well.”

Justin Lo has been the Richmond Times-Dispatch dining critic since 2019. He is also a contributing writer for En Forme magazine.