Nightmare’s End: In the final installment of the Southern Nightmare series, a killer says his last words 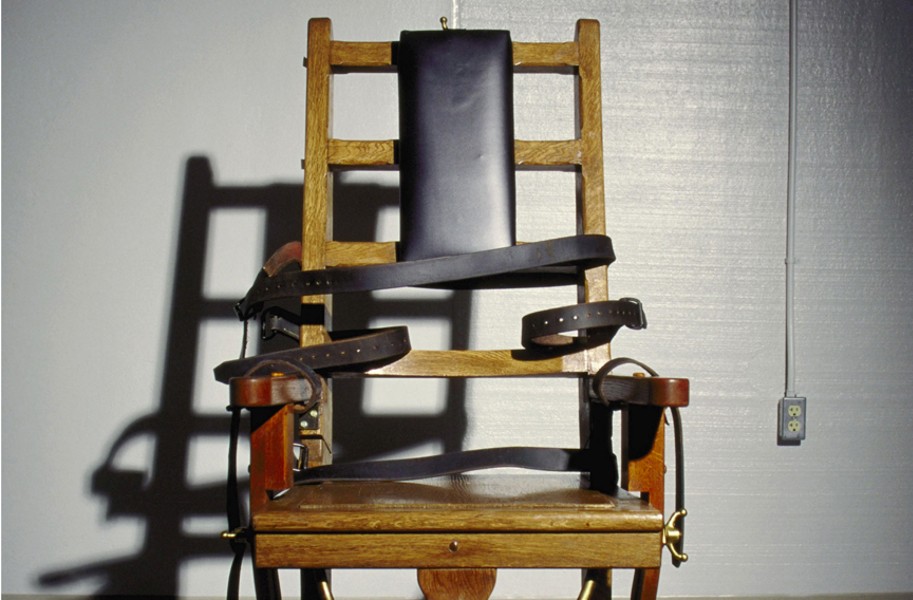 An undated photo of the electric chair at Greensville Correctional Center.

Editor's note: This feature is the final installment of a 10-part series on the landmark criminal justice case of the South Side Strangler, which marked the nation's first use of DNA to catch a killer. Listen to the podcast in the player above, or click here to subscribe to episodes on Apple Podcasts or Google Plus. And here is a direct link for people with iPhones and iPads to subscribe on iTunes. To read the previous installments, visit styleweekly.com/SouthernNightmare.

None of the family members of the South Side Strangler's victims chose to attend Spencer's execution. Neither did Arlington and Richmond homicide detectives Joe Horgas and Ray Williams. Their job was to avenge the dead, not to watch another corpse get made.

"I knew it was going to happen," Horgas recalls. "I think I had an invite to be there, but what the hell do I want to go there to watch somebody die for?"

Horgas considered it to be "swift justice. I mean I was kind of surprised that it happened so quick because everything I had heard was that usually U.S. death row cases go on for 20 years or more."

Williams also turned down an invitation from the prison's warden: "I have mixed emotions about the death penalty. I said, 'If anybody deserves it, he does.' But I don't consider it a personal vendetta, to be there, to watch it. I said, 'We did our job. Now you do yours.'"

The two men who prosecuted Spencer for the murder of 15-year-old Diane Cho were present to witness Spencer's execution, however. Chesterfield County Commonwealth's Attorney Billy Davenport and his deputy prosecutor, Warren Von Schuch, believed that if they sought the death penalty against a defendant, then they had a responsibility to be there to see the sentence carried out.

Spencer, 32, walked into the death chamber wearing brand-new jeans with one pants leg cut off. That's so that an electrode could be attached to his bare calf with a brine-soaked sponge to increase conductivity. Lethal injection wasn't a choice then in Virginia.

As he rubbed his newly shaved bald head and briefly contemplated the chair, Spencer didn't betray any signs of emotion. His eyes briefly met those of both prosecutors after he sat down. Asked if he had any last words, the man who had brutally raped and strangled five women, and had terrorized Richmond and Arlington over the horror-filled fall of 1987, said, "Yeah, I think. …" and then never said anything else again.

"Everybody was perched for him to say something," remembers Davenport. "I thought he was going to say 'I'm sorry' or something, but he didn't say anything."

Contrary to what you see in the movies, there was no switch waiting to be dramatically pulled. Instead, the executioner stood in a partition behind the chair and simply pushed a button. That set off a 45-second barrage of 2,300 volts of electricity — enough to kill a horse, as one former state executioner pointed out in interview with Richmond magazine last year. That was followed by a second cycle of electricity, intended to ensure brain death.

"You could smell the burnt flesh as you're coming out of the chamber. It actually blew a bubble up on his calf," recalls Davenport, who retired this year after 30 years as Chesterfield's top prosecutor. "You don't forget the smell when you come out of there." It was the second and final electrocution he witnessed.

Retired Richmond homicide detective Ray Williams has his own thoughts about the last words that Spencer chose instead to take to his grave: "I think y'all got the right guy." S