Richmond's paranormal groups are out to prove the existence of life after death, one ghost hunt at a time.

Ghost Adventurer
Inventor and spirit catcher Robert Bess is on the case.

The 13 Most Haunted Places in Richmond 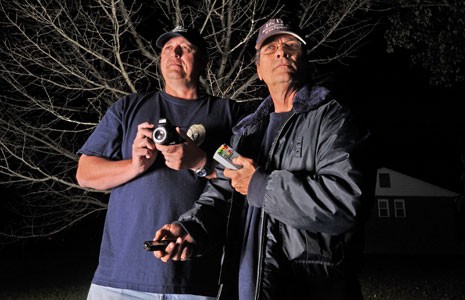 Once, the former Weston tour guide thought she was alone in the historic Hopewell house — until she heard someone walking in the front passageway. It was "almost like they were pacing," she says. "I remember turning around and holding my breath, and it was then that I felt something go right up my back."

Built in 1789, Weston is one of the last remaining plantation homes on the Appomattox River. Standing as dusk approaches on a pleasant Saturday evening, the stately white house has just played host to an afternoon wedding. But five minutes after the happy bride and groom drive away to new beginnings, dark clouds approach. The search for the dead now begins. 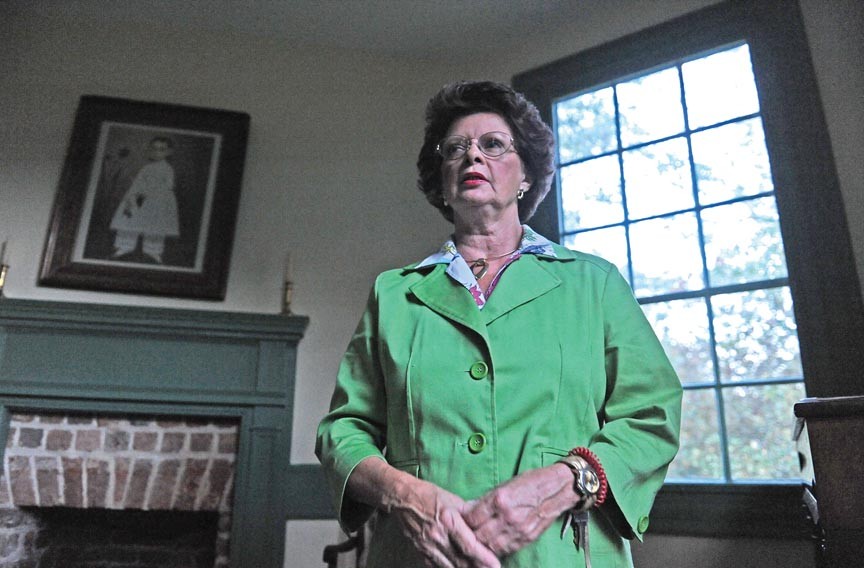 "We'll sweep first," says "Big" Ray Rucker of the Ghost Raps RIP paranormal society, before he talks with Webb. "We'll use dousing rods, and send in the intuitive to pick up rhythms. We'll compare that data with our research and what the client tells us and see if anything matches up."

Tonight's client is the Historic Hopewell Foundation, which owns and operates Weston as a museum. It wants to know if the old place is really haunted — by a "lady in blue," among other entities. Built by William Gilliam, one of Prince George's wealthier residents, for his bride, Christian Eppes, the estate once used dozens of slaves and encompassed more than 400 acres. Even during the Civil War, people around this house saw ghosts.

"I do hear noises," says Dave Harless, president of Historic Hopewell's board of trustees, and a nonbeliever. "The house was built in 1789 so I expect to hear noises." Still, he's none too happy when the house alarm goes off in the middle of the night. "It's been happening a lot lately," he acknowledges.

Weston's so-called paranormal activity already has been well documented. "Supposedly you hear a baby crying in the house," says L.B. Taylor, the author of numerous books on Virginia's ghosts. And paranormal author and consultant Beth Brown says, "There've been rumors of apparitions, children heard on the second floor."

While they have investigated other area plantation homes, such as Tuckahoe and Edgewood, the Ghost Raps team never has visited Weston. The brainchild of Rucker and his partner Ken "K.B" Ballos, Ghost Raps RIP LLC includes a dozen members, and has investigated numerous locations since 2002. The organization straddles the line between serious research and entertainment — Ghost Raps conducts free investigations such as this one, but it also offers paid ghost tours of area hotspots. Big Ray and K.B. are behind "Ghost Raps Radio," an hour-long paranormal program that airs on WLEE. "We don't just talk the talk," says K.B., a retired Richmond police officer, "we walk the walk." 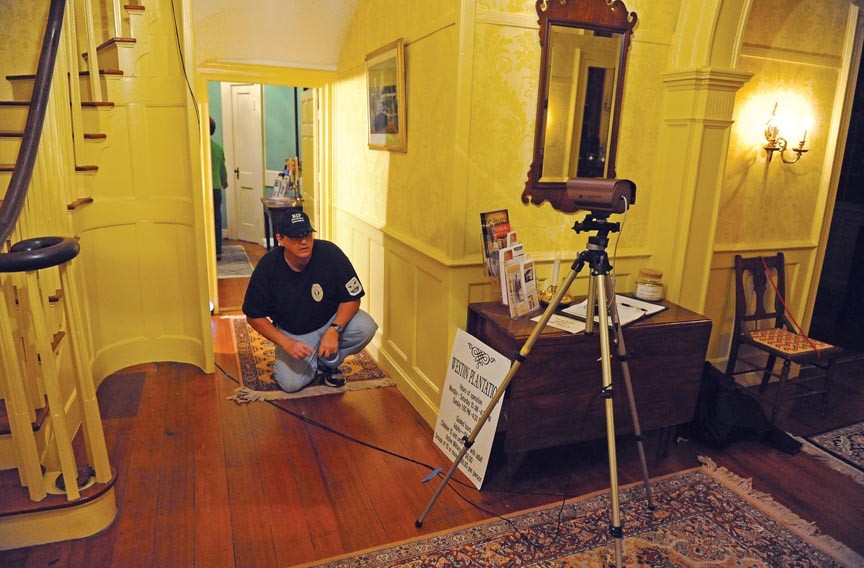 The Ghost Raps team — which includes tech manager Chris Smith, case manager Sally Simons, camera technician David Williams, and researcher Jeanie Saunders — allow Style Weekly photographer Scott Elmquist and me to join them tonight. There's also an intuitive, Tina Worley, who will make a psychic reading before all of the cameras and audio recorders are set up.

Betty Webb's adult son Brian and his girlfriend, Johnie Cochran, also are here, mainly to comfort Webb. Years ago, Brian Webb had his own experience at Weston, witnessing a female spirit. Cochran is a skeptic, she says: "Maybe it's a religious thing, maybe that's what keeps me from believing in ghosts." Nevertheless, she says she's a fan of "Ghost Hunters," the Syfy Channel television show that features a team of spiritual investigators checking out haunted locations.

"I've never experienced anything myself," says Historic Hopewell's Carolyn Hoagland, also present. "People upstairs in the master bedroom feel a certain pressure on their chest, and in the other bedroom, there's an imprint in the bed like there's a person sitting on it. You smooth it out and it comes back."

Meanwhile, Webb shows off a door that once kept mysteriously swinging open, until someone had the bright idea to take it off its hinges and reverse it. The swinging stopped.

"And right here," she says, pointing a wavering finger at the ground. "That's where I came in around the Fourth of July and it smelled like something had died in here."