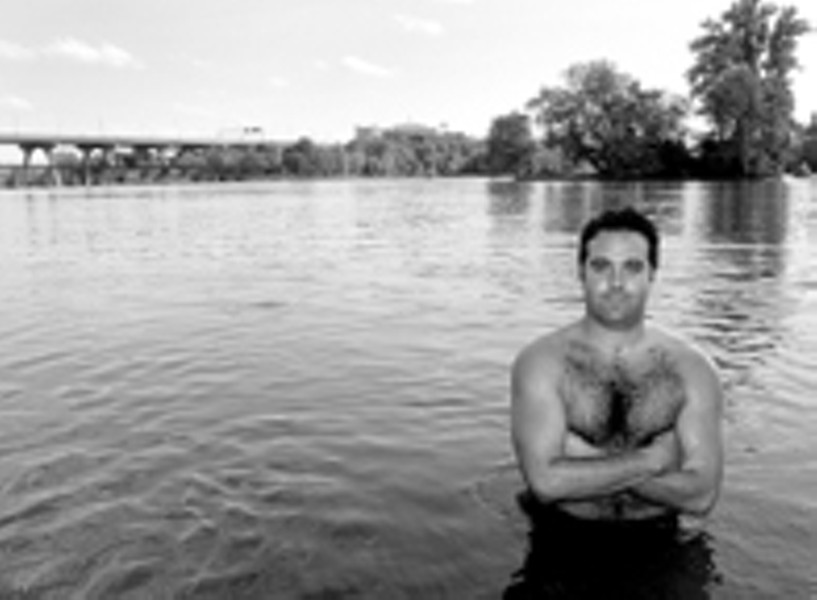 I’ve been lucky I haven’t broken anything. I’ve always gotten bruises on me and scratches and stuff, but I haven’t broken any bones. This would be my fifth year. I’m 210 pounds. [In the Clydesdales division] it’s 200 pounds-plus. I’ve got big legs and I guess I’m kind of big overall compared to some of these guys.

During the race the hardest part of it is the hills in Forest Hill Park. Getting up those hills on the bike is really tough. When you get to the top, my heart rate is about 185. It takes a couple of minutes to get down to the 160 range. I wear a heart monitor. You got to get up the hills first, and once you get to the top, it’s just a matter of coasting down and catching back up and recovering. It’s tough, but it’s fun.

You see a lot of wrecks. I saw some pretty bad ones last year. There’s a segment at Forest Hill where you come down a pretty steep drop, and there are some ravines from floods and stuff, some roots and rocks. There’s a lot of wrecks right there. Maybe one out of four or five people wreck at that part. I’m sure [last year] this guy probably broke his arm or something. He came down and just went right over his handlebars and I think somebody else almost ran him over. He did a couple of tumbles and his bike landed on him, and he was pretty much in a lot of pain.

I don’t like the swim. The swim is the toughest. At the beginning of the race, you got the butterflies going, and you just got people kicking you, swimming over you sometimes. It’s just hard to see, people kicking up dirt and stuff. And it depends on the water level too. You’ll run onto some rocks, hit your hands and scrape your knuckles up.

Fortunately, we haven’t had any problems with people swimming. No drownings or anything like that. — As told to Scott Bass