Fan residents push back against a church’s renovation plans. 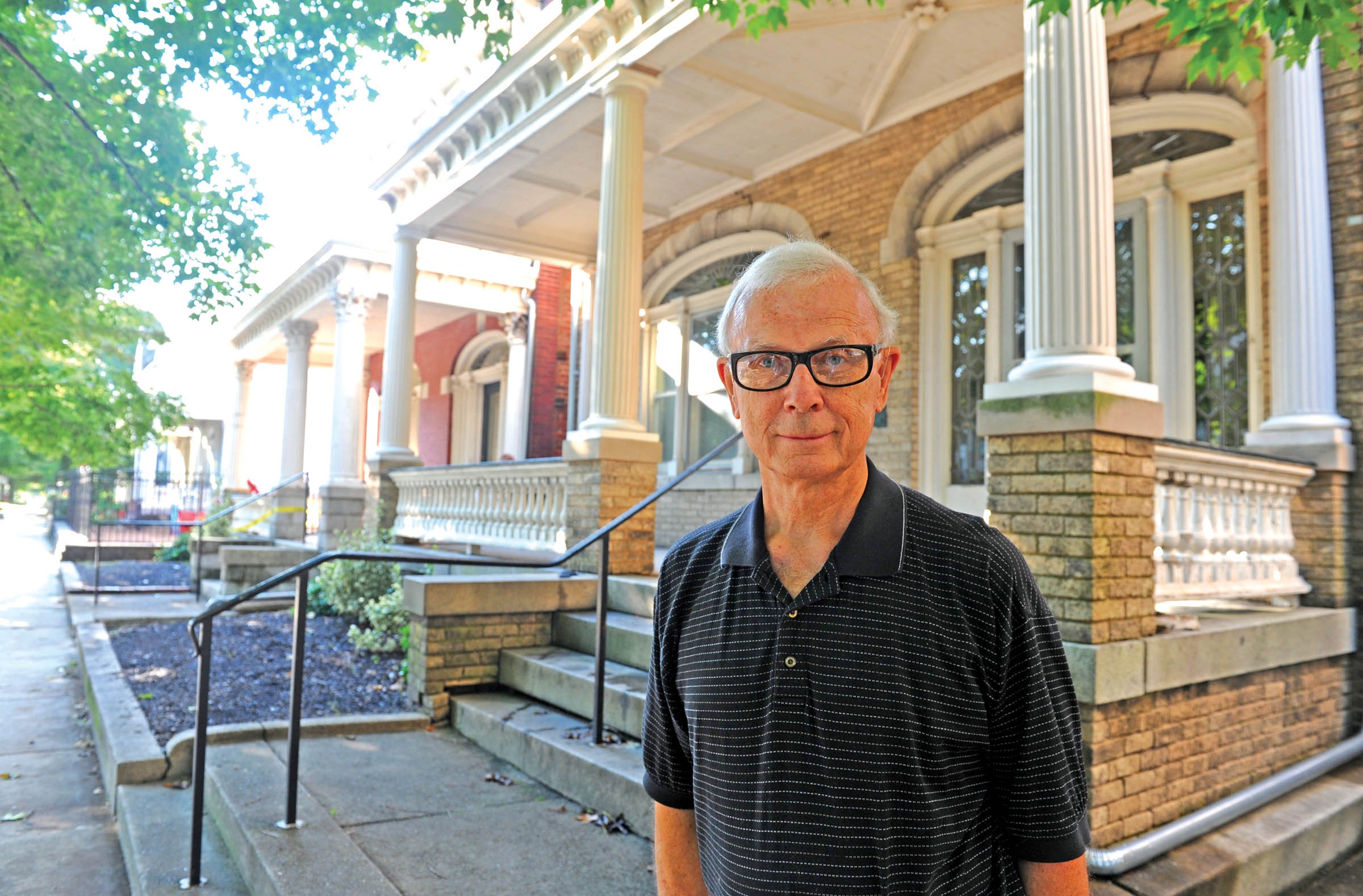 Nelson Melton is standing outside two stately but dilapidated houses beside the Tabernacle Baptist Church in the Fan when two women bustle past.

"Save these buildings, please," one says, without breaking stride. Her tone is more commanding than pleading, but there's weeping and gnashing of teeth in the neighborhood as word spreads of the church's plans to demolish the two dwellings on its property.

Built in the early 20th century, the two houses — at 1913 and 1915 Grove Ave. — have been vacant since the mid-'80s. The church once used them as office space and then as Sunday school classrooms. Water damage to both is extensive.

The church plans to raze them as part of a $2 million renovation project. The church doesn't yet have the money and no demolition date has been set, but the plans "are about as firm as plans are going to get," says Melton, a congregation member. He worked in real estate development and construction for Ukrop's and helped draft the outlines of the project.

The houses would be replaced with landscaping and sidewalks. The church would reconstruct the facades, including porches, deeper into the lot, against the cinder block building that houses its child care center. From the street, it would appear as though a giant hand pushed the two buildings back from the sidewalk.

Or, as some residents see it, as if a giant fist punched out two front teeth in a perfect, century-old smile.

"The church has the legal rights to do this and they have been a good neighbor, but we have some major objections," says Bill Montgomery, president of the Fan District Association. "Our objective is the betterment and preservation of the Fan District. We hate to lose anything that is historic. Once it's gone, it can never be replaced."

Tabernacle Baptist Church has been in the neighborhood more than 125 years and, like the Fan, it has undergone resurgence. Six years ago, the congregation returned to a discussion begun three decades earlier about the houses and the future of the church ministry, says its pastor, the Rev. Sterling Severns.

"The driving question for us is not what to do with the remnants of two houses," he says. "The driving question is: 'How can we make our physical space meet our ministry needs and, at the same time, do it in a way that is respectful to the neighborhood?' We are attempting to be respectful by keeping the facades, but our goal is to equip our church to minister."

Calder Loth, who lives near the church, is a former association board member and a retired architectural historian, says there must be another option. The Fan's character lies in its architecture, he says, and "if you start taking away the parts, no matter how well intended your motive is, you are left with a big gap in your smile."

The church first took its plans to the neighborhood last summer "not to seek permission," Severns says, "but to say, 'Get to know who we are and what we are dreaming.'"

The neighborhood association responded, in part, by offering the services of a prominent architect. The church declined.

"We knew some Fan residents would never agree with us," Melton says. "But we hoped they would understand how we came to the decision, the years it took."

Melton was born and raised in the Fan, and he is determined to keep things neighborly. The woman and her sharp plea to save the house catches him off-guard. But only for a moment. "Good morning," he calls after her. She keeps walking. S