New Voters Reflect on Their Rights Ahead of Election Day

Politically purple, Virginia was a battleground state in the 2016 presidential election. Now, it is among the first to have a statewide election since last November and is considered to be an indication of which direction the nation may go, depending on who takes the helm as Virginia’s next governor. With Virginia’s gubernatorial race coming to a close this Tuesday, Style Weekly caught up with some fresh voters to talk about their feelings regarding what will be their first time voting.

“It was really exciting my first time voting [in the June primaries]. I got the sticker and I got one of the people who run the booth to take a picture with me and my mom,” says Suraj Bala, 18, a biochemistry student at University of Richmond. “I’m really excited to be part of this momentous occasion. This is like a litmus test for where our political climate is headed and how people feel about Trump’s presidency so far.”

“I think he [Northam] represents my values best. I am very passionate about health care, human rights and lowering student debt, which is also reflected in his platform,” says Virginia Commonwealth University social work student and NextGen America volunteer Ruby Tipple, 18. “I started getting more involved in politics when I got to school here. It made me more aware of the election going on.” 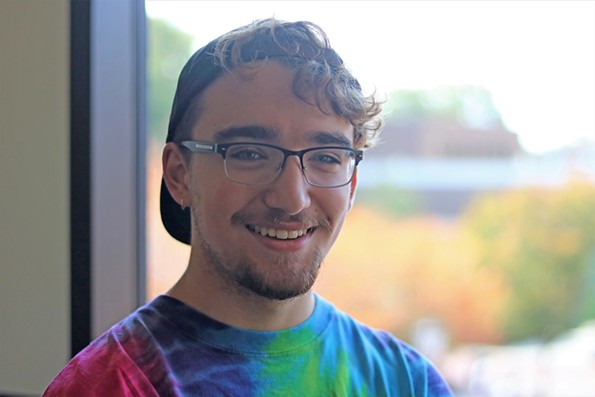 “After [Donald] Trump won [the 2016 presidential election], I started wanting to vote more because I feel like he got in office because his people got out and voted. We just need to be more active. Our generation does,” says Gerrik Bragg, 18, an English student at VCU. “I’m excited. I feel like I’m starting to try to make a difference, I guess. A lot of people I talk to don’t really even like politics, especially people my age, but it’s important that we all participate because our voices need to be heard. I hear a lot of people complaining about the state government and stuff but nobody’s really doing anything about it. It’s better to actually be doing something than just complaining.”

“My dad really finds it important for me and other young voters to vote. He feels as if I don’t vote, I’m literally wasting my rights,” says Phillip Daniel, 18, who studies choreography and sound design at UR. “My dad just generally wants me to be involved in as many ways as possible, and he believes that you bring about change when you do exercise your right to vote.”

“Because it was my first time voting I kind of paid more attention to what my parents were talking about and they both really liked him [Northam],” says Jessica Lister, 18, a nursing student at VCU who voted for the first time in the June primaries. “There’s a lot of different people here, so just talking to people and looking at their different points of view along with your own helps formulate your own opinion.”

“I’ve heard views around school that are persuading me to go a different route, but my parents are one way, so I mostly listen to them and what they say. That’s why I’m a little undecided at this point,” says Elise Tolliver, 18, a pre-med student at VCU.

“I feel like a lot of young voters focus more on presidential elections, but I think that local politics are almost more important,” says Jack Burns, 19, a computer science student at VCU. “Where I’m from in Virginia Beach is a lot more conservative, so coming here and seeing more Northam signs interested me. I like that he’s [Northam] trying to take a different approach toward the drug war. I think the way that we focus on incarceration rather than rehabilitation isn’t positive at all, and I like that he’s trying to change that.” 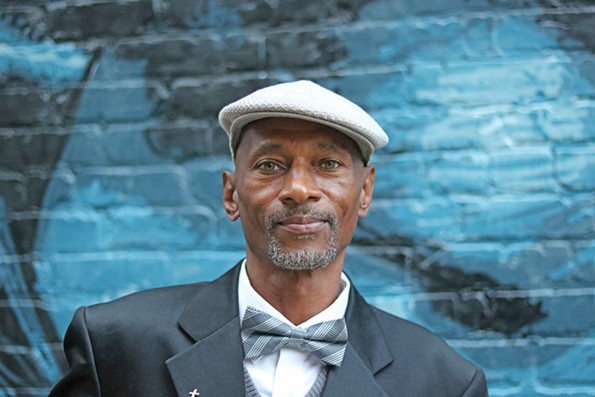 “This is amazing. I think God has blessed me to be able to come to this point in my life,” says Jesse Montague, 62, who has spent about 40 years in prison and is now part of an adult alternative program that provides vocational training to ex-offenders. His voter rights were restored two months ago and Nov. 7 will be his first time voting. “Both of them [Northam and Gillespie] are good. I’ve mostly been watching Gillespie, but I’m inexperienced in politics. This is my first time. I’m trying to be more involved.”

“I don’t usually pay attention to local politics but mainly nationally,” says Ashley Yi, 18, a nursing student at VCU. “I think a lot of people that can vote now, like people my age, are mainly toward Northam.”

“With everything going on in the country right now, there’s been a lot of stress put on this race in Virginia,” says Duncan Rodgers, 20, a finance major who tried to vote in the 2016 election but had to leave the line to attend class. “I think right now I’m leaning a little bit more toward Ralph Northam because it seems like Ed Gillespie is a little too aligned with what Trump likes and embodies. I think our state doesn’t need that. I think they’re both good candidates, though, and I wish they didn’t just trash each other in attack ads to try to win the election.”