Have a happy holiday with helmets and pads. 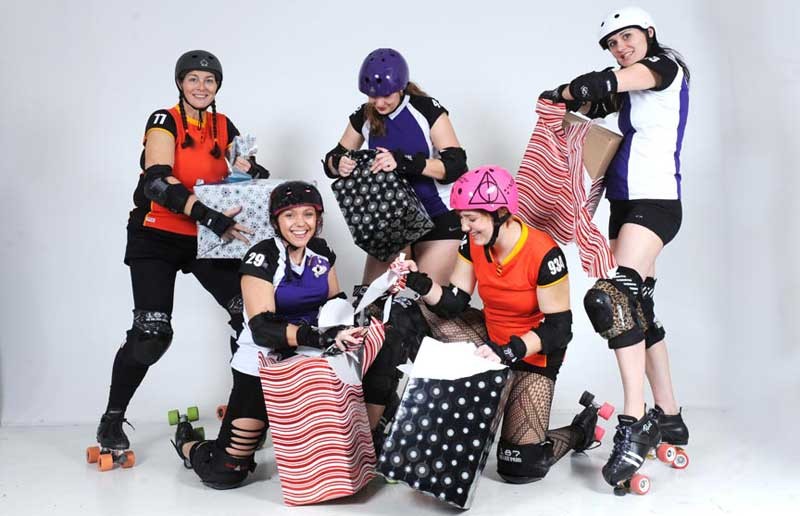 When the River City Rollergirls talk about starting a jam, they ain't referring to Aunt Martha's marmalade. The roller derby team's annual holiday event — Season's Beatings —- once again will power down a flat track at the Greater Convention Center on Dec. 4 (rescheduled from Dec. 3) to benefit the Virginia Sexual and Domestic Abuse Action Alliance (vadv.org). "It's our end of the year hurrah," says Ashley Cain, who skates under the name Miss Bea Trippin. The seasonally flavored skate-a-thon (in its sixth year) features a day of square-offs that invite audience participation: pirates against ninjas, naughty vs. nice and, yes, rum balls vs. fruitcakes. There are also clinics for experienced skaters, representatives from other regional teams (such as Virginia Beach's Dominion Derby Girls) and a much-anticipated skaters-against-the-refs bout. In the end, patrons will find out what roller derby is really like. Contrary to what's seen in movies such as Drew Barrymore's "Whip It," the sport isn't just about fighting and throwing elbows, Cain says. "But you do get hurt," she maintains. "I'm hurt right now. This isn't collagen on my face." Ho ho ho! 783-7300. rcrseasonsbeatings.com.