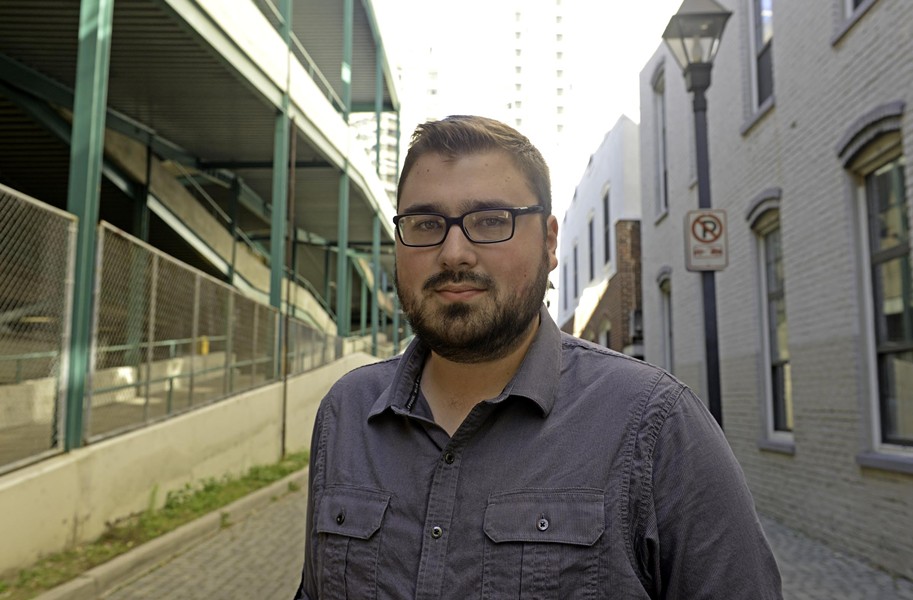 Hors d'oeuvres and a jazz guitar duo might not scream "occupy the system," but a launch party last week for a new website pitched citizen involvement in the legislative process as a radical concept.

Joe Hinton, a former political science student at Virginia Commonwealth University, spent six years developing OccupyTheSystem.org, which helps people track and discuss federal legislation. He was inspired by groups as varied as the tea party and the occupy movements — which he says espouse similar goals of participation in the halls of power.

"Rather than occupying Wall Street or Monroe Park," Hinton says, "I thought, let's take it to our government."

The site lets users follow the votes of their local representatives in Congress and legislation moving through each chamber. A discussion section encourages debate.

Hinton also is developing a tool that allows users to draft versions of legislation to submit to representatives, a concept he calls MicroBills.

"By allowing citizens to build their own legislation they're having a say at the very beginning of the process," says Hinton, who works in software development at the Martin Agency. "It really changes the paradigm of how politicians interact with their constituents."

VCU professor Joe Cates, an adviser on the project, uses the site to encourage students to participate in government.

"As an educator, I continue to be baffled by incoming freshmen voter-registration rates and a single-digit ability to identify their representatives," Cates says. "They found the site easy to use, and it helps them see academic matters [placed] in the real world."

Cates wants the site to expand into Virginia's General Assembly and Richmond's City Council. But that will take money.

But the site will remain ad-free, and won't sell user data to companies, Hinton says: "We want to figure out a way to fund our website while keeping users members, not products."

For help, Hinton has turned to Kickstarter, where he hopes to raise $15,000 to finish and roll out MicroBills in the next few months. He raised a little less than $5,000 a day after the website launch.