Charlottesville’s Sons of Bill come into their own with help from a former member of Wilco. 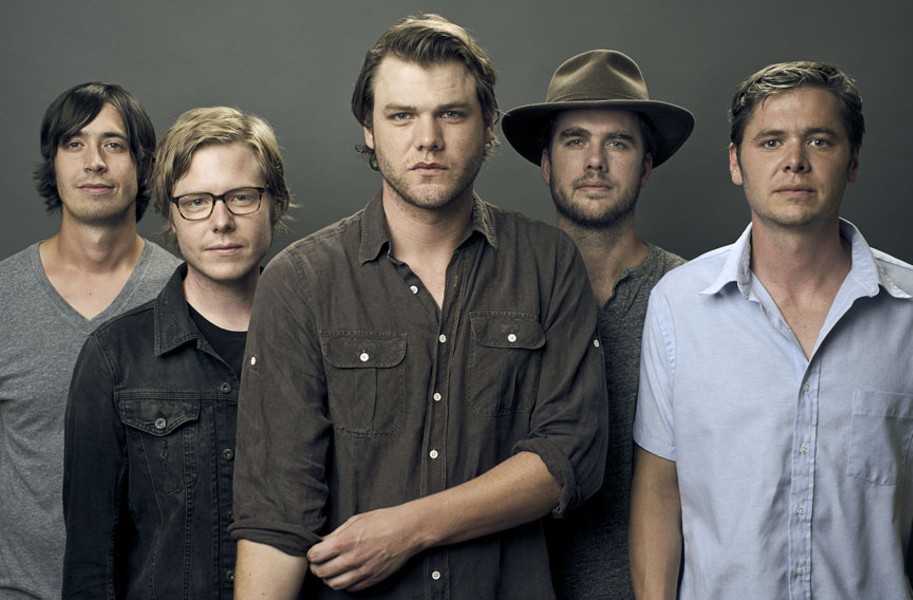 Scott Simontacchi Todd Wellons, Sam Wilson, James Wilson, Seth Green and Abe Wilson of Charlottesville’s Sons of Bill. The three Wilsons are sons of Bill Wilson, a musician and professor emeritus of philosophical theology and Southern literature at the University of Virginia.

It's not unusual for a band to list, say, the Beatles or R.E.M. as an influence. It's a little less usual during an interview for a band member to toss out an offhand reference to T.S. Eliot's "overwhelming question" from the Nobel Prize-winning poet's "The Love Song of J. Alfred Prufrock."

But that's one of the things that makes Sons of Bill unique. The core of the Charlottesville band is a trio of three brothers — Abe, James and Sam Wilson — who are the sons of William Wilson, an emeritus professor of theology and literature at the University of Virginia.

And to further paraphrase Eliot, Sons of Bill have been on a quest to disturb their own universe with their fourth album, "Love and Logic," which will be released Sept. 30. Previous Sons of Bill records borrowed from the sounds of alt-country and rock legends. But with this album, produced by former Wilco and Uncle Tupelo drummer Ken Coomer, the band has found its own voice, Wilson says.

"Wilco was a band that mined their influences very deeply, very heavily, from Merle Haggard to Gang of Four," he says. "Ken pushed us to do that but make it 2014 and make it us. We don't need to sound like anyone else. We can be a band that has all these very deep and disparate influences but we can make it 2014 and make it unique and he helped us get there in a way we haven't done before.

"I always wanted to be one of those bands that wouldn't sound the same if those five guys weren't in the room. I feel like we've reached there with this record."

"To be honest with you, they became another band," Coomer says from his studio in Nashville, where James Wilson also is based. "I think it has much more depth in its writing, in its playing and its choice of instrumentation. I think it's a great record. It's one of the proudest records I've ever been a part of. I love it. … They're becoming their own band. It is like launching a new band and that's exciting to me. I feel like we hit the bar times two."

Some of the album's standout tracks, "Big Unknown" and "Brand New Paradigm," were written by Abe Wilson. "I don't know what the hell Abe is talking about sometimes," his brother James says. "Abe's on a different cosmic plane sometimes. It's why I love his writing so much. I can honestly say that Abe is one of my favorite writers right now just in general. He's definitely in a different head place than most people."

The band started out planning to self-produce "Love and Logic."

"We figured we were smart enough and capable enough to produce this record on our own but we weren't getting anywhere," James Wilson says. "We were finding it a struggle to get everyone on the same page trying to get us to this new place."

He says Coomer, who'd seen Wilco go through growing pains, guided Sons of Bill in getting there. "He just approached it like a band member … rather than having some grand vision," Wilson says. "Wilco was this band where … each [album] is a movement, a big change. They're always trying to push new ground, do something different than they previously did. That's a great thing to do as a band but it's not an easy thing to do."

Sons of Bill kicked off a 2014 U.S tour earlier this month at the Americana Music Festival in Nashville and will tour Europe next year.

"This band … we're a family and we've made uncompromising records and so people who get it, get it and stick with us and that's kind of the band we want to be, you know?" Wilson says. "We exist for the people that love it and [we] just want to keep touring and making records that we really believe in and can go out and proclaim every night." S