Camel owner to open the Broadberry this month.

by Brent Baldwin and Hilary Langford 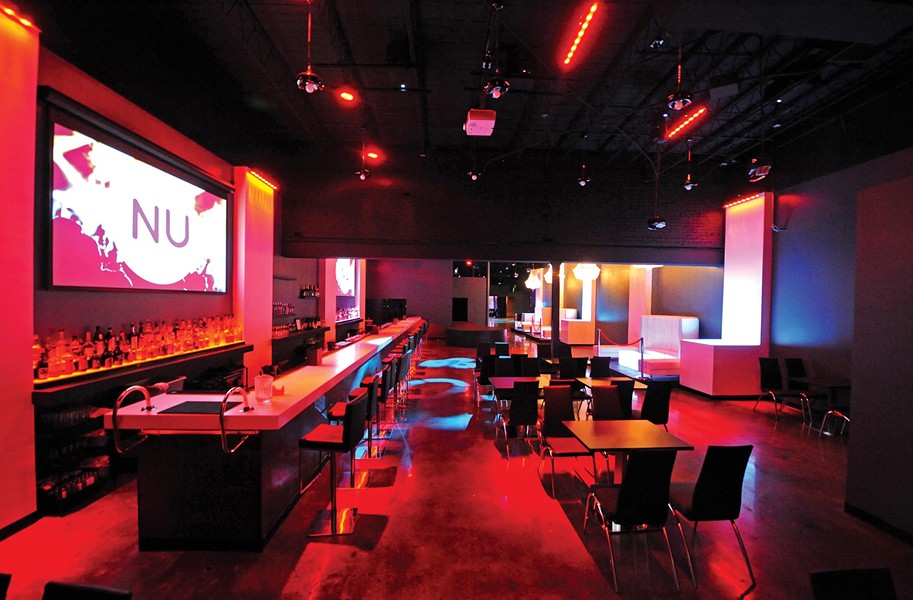 Scott Elmquist The former Nu Nightclub space saw the installation of an upscale lighting system and complete interior redesign in its most recent incarnation as a dance club.

The owner of the Camel is moving up in size.

Rand Burgess is teaming up with Lucas Fritz, the Camel’s events manager, and Matt McDonald of Joe’s Inn, to open a new midsize concert venue called the Broadberry at 2729 W. Broad St. The venue, which will hold 350 attendees and also feature a restaurant, will be located in the former Nu space that once held Much More and Cellar Door. The location was a former teen hang that hosted well-known acts from The Ramones to John Prine.

"The former owners of Nu did a great job with renovations," says Burgess, walking around the 8,000 square foot space that features a 60-foot-long bar along one wall and bright chandeliers above swanky lounge seats. "I immediately saw potential. We have all our permits taken care of, and all we have left to do is install the sound system."

A press release noted that the Broadberry, which should open this month, is equipped to host concerts with a state-of-the-art front of house sound system, on-stage monitor system and lighting rig. It added that a number of local studios, including Minimum Wage Studios and Spacebomb Studios, will provide live recordings at an artist’s request. There is also a sizable, fenced-in outdoor patio looking out on Broad Street and the Science Museum of Virginia.

Executive chef Xavier Beverly, also the executive chef at the Camel, will be teaming up with McDonald to develop The Broadberry’s menu. Beverly brings experience from his work with Zeus Gallery and Live to Eat Catering.

Burgess says that he's not worried about parking with two dedicated lots and a third he plans to lease. He also thinks many people will park along Broad, walk or come on bikes to shows. He says he will initially book three to four acts a week, local and national. During the month of May, there will be a Tuesday night residency by the DJ William Projekt featuring special guests. The venue's dedicated sound engineer will be Ian Curry from the Camel, and tickets will be sold through Ticketfly.com and at the door.

Regarding acts, booker Lucas Fritz says "the broad answer is everything too big for Camel but too small for National – all the mid-tier touring indie rock, EDM, but not limiting hip hop, reggae, ska.” They are also in talks with the Fall Line Festival to host acts.

Not since the heyday of the Flood Zone in the Bottom has Richmond seen a viable midsize music venue. The Camel and Strange Matter are invaluable, but they only hold about 200 people. Richmond-based artists, who are garnering national and international attention with their projects, recently weighed in on why opening a midsize venue is critical not only to our local music scene, but the community at large.

“Right now there's a giant 500 to 750-person-tall wall standing between the city's entry-level venues and the National,” says Logan Davis, a Richmond native and bassist for J. Roddy Walston & The Business. “I think the main point here is the need for continued cultivation of bands, local and national,” he adds. For local bands, lack of a midsize space means no real career path, a hearty dose of frustration, and in many cases, a premature departure to seek work elsewhere.

“Richmond’s got a really great house party, basement music scene and in order for that to blossom without skipping steps or going elsewhere you need these places,” says Jon Russell, singer for The Head and the Heart. “You’ve got the Camel and Strange Matter, but once you play there a few times, where do you go? You leave,” he adds. Both Russell and bandmate Tyler Williams lived in Richmond prior to a Seattle move for some of these very same reasons. The Head and the Heart has since achieved worldwide acclaim, but the two have decided to call Richmond home once again.

“A packed show [at the National] rivals plenty of theaters we've played in all over the nation,” says Davis. “Most bands are simply not able to make that large of a leap in attendance,” he says.

“More bands coming through would change the culture of music in this town. Period. There would be no chain broken,” says Williams. “Even the National would benefit from that. We are missing that link."

For that reason and others, Richmond is sadly overlooked by booking folks. “Most bands have a booking agent that's been down the road of outgrowing the lower capacity rooms here in town and finding no suitable place to route back to,” says Davis. He explains that this results in places like Washington, Charlottesville, and Raleigh seem like a safer investment for bands since they will be able to come back tour after tour and have a venue to match the size of their fan base.

As tours route elsewhere, fewer fans and industry folks are patronizing our local restaurants, stores and hotels. “People are skipping the capital of Virginia,” says Reggie Pace, brass man with No BS and Bon Iver. “Richmond is losing money because band and fans are all going and spending regularly in DC and Charlottesville. It’s silly."

Attrition of the creative class is also a problem. “It's sad when you have a ranked art school that brings people here and then they leave,” says Williams. “It's a revolving door, and we are missing out economically and culturally. We want this city to be known for music and to keep our friends here,” he adds.

Trillions manager Brandon Crowe explains that once the venue spectrum is whole it could potentially create jobs ranging from sound people to other production roles. “It creates opportunities for people in this town who are good at what they do to move to a career, possibly at a national level,” he says. Instead of losing your college graduates to more progressive cities, you attract and retain top talent establishing a robust creative foundation.